Liberty’s Momentum Grinds to a Halt 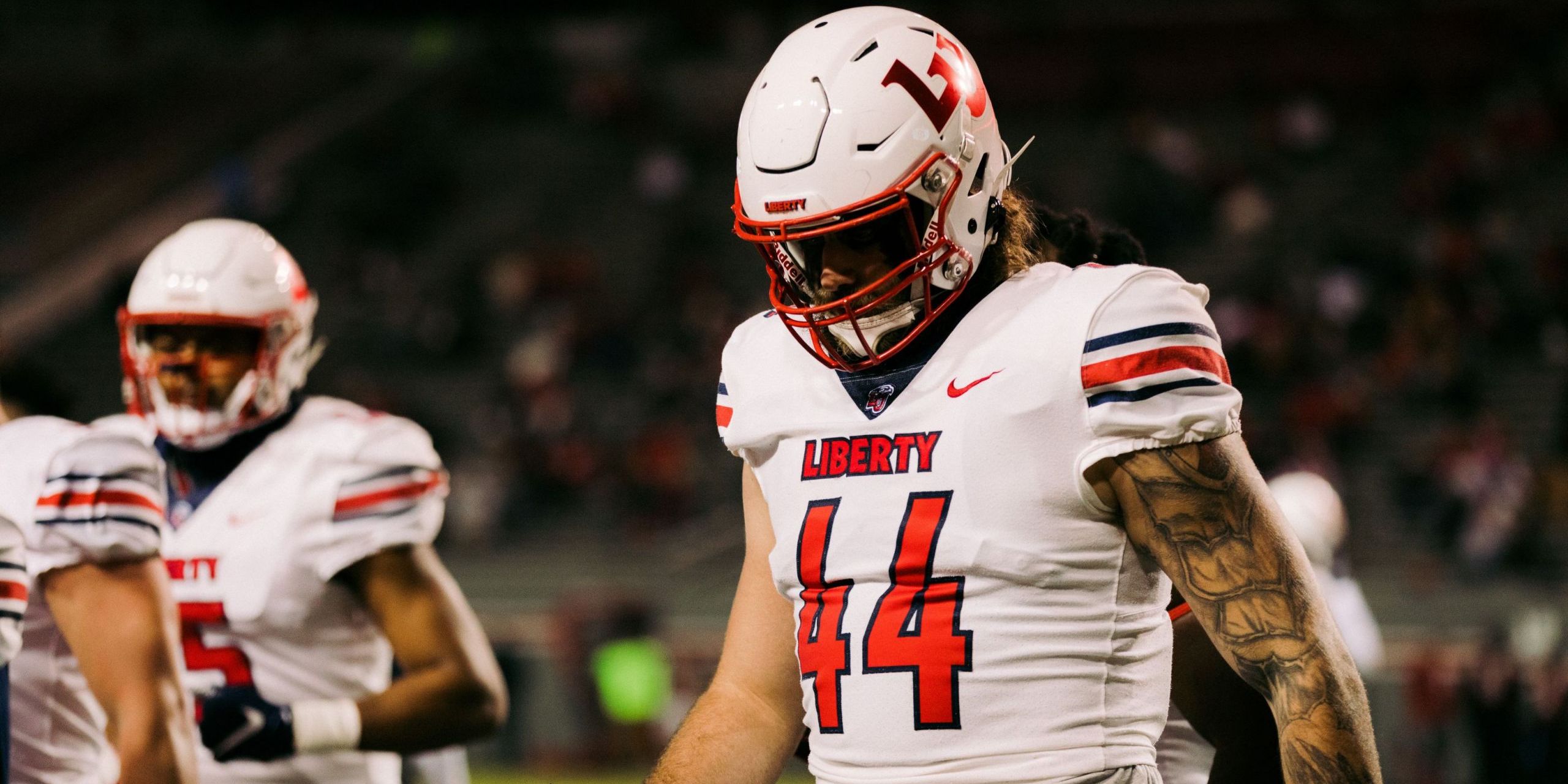 All good things must come to an end, and Liberty’s dream undefeated season was deflected and rolled softly to a stop in the North endzone at Carter-Finley Stadium in Raleigh, North Carolina on Saturday evening. An uncharacteristically off day from Senior Quarterback Malik Willis and the Flames offense led to a heartbreaking 15-14 loss on Saturday evening.

I feel like our kids played their guts out, as hard as they could for us.” said Head Coach Hugh Freeze, “We, myself, didn’t have a good enough plan for them to score enough points.”

The offense was certainly not playing up to the standards that it has set for itself this season.  The Flames finished with a measly 279 yards of total offense and only 2.8 yards per rush on the ground. Coach Freeze chalked a lot of this up to the talent of the NC State defense.

“They’re by far the most athletic team that we’ve played.” said Coach Freeze, “They’re healthy and got all their kids back. No. 1 (Isaiah Moore), that middle linebacker is a first rounder. He gave us fits all night. I don’t know that we blocked him all night. They were very athletic at every position. The gaps on Malik (Willis) closed extremely fast.”

Malik Willis had a very uncharacteristic day on the field throwing for three interceptions. On top of those three interceptions, he was a measly 13/32 for 172 yards and two touchdowns. Willis and Freeze both refused to point fingers at people within the team.

“I take all the blame. God takes all the glory” Willis said, “I take the blame for turning the ball over and just putting us in terrible situations when the defense was picking us up every time”

His fundamentals were a little jittery, throwing off his back foot some tonight.” said Coach Freeze, “He hadn’t really experienced this type of pressure. He’s hurting. I’m hurting because I don’t feel like I helped him enough.”

Even with the loss and the rough night for the offense, the defense kept Liberty in the game throughout as they only allowed 321 yards of total offense. Junior Safety Javon Scruggs led the way for the Flames with 10 tackles.

The game was close from start to finish, and the Flames offense was able to march down the field for Alex Barbir to attempt a game-winning 39-yard field goal with 1:24 left. However, Alex Barbir’s attempt was blocked which was the final nail in the coffin for Liberty’s undefeated season.

“We talked about it on the headsets, and we feel like he (kicker Alex Barbir) earned that right.” said Coach Freeze, “Obviously, now maybe we should have been more aggressive.”

“Something special is happening here at Liberty and our football program.” said Coach Freeze, “We have a lot to play for. I hurt for you, I hurt with you. We have a short week to get back on the field and try to get our ninth win and then go play a top-25 team to end the regular season.”

The Flames will welcome the UMass Minutemen on Friday into Williams Stadium at noon for their second to last game of the regular season. UMass and Liberty have split the first two meetings together with UMass winning 62-59 in OT in 2018 while Liberty won 63-21 last season. UMass comes into the game at 0-3 and is averaging a measly four points per game.

The game will be at noon and can be seen on ESPN3.