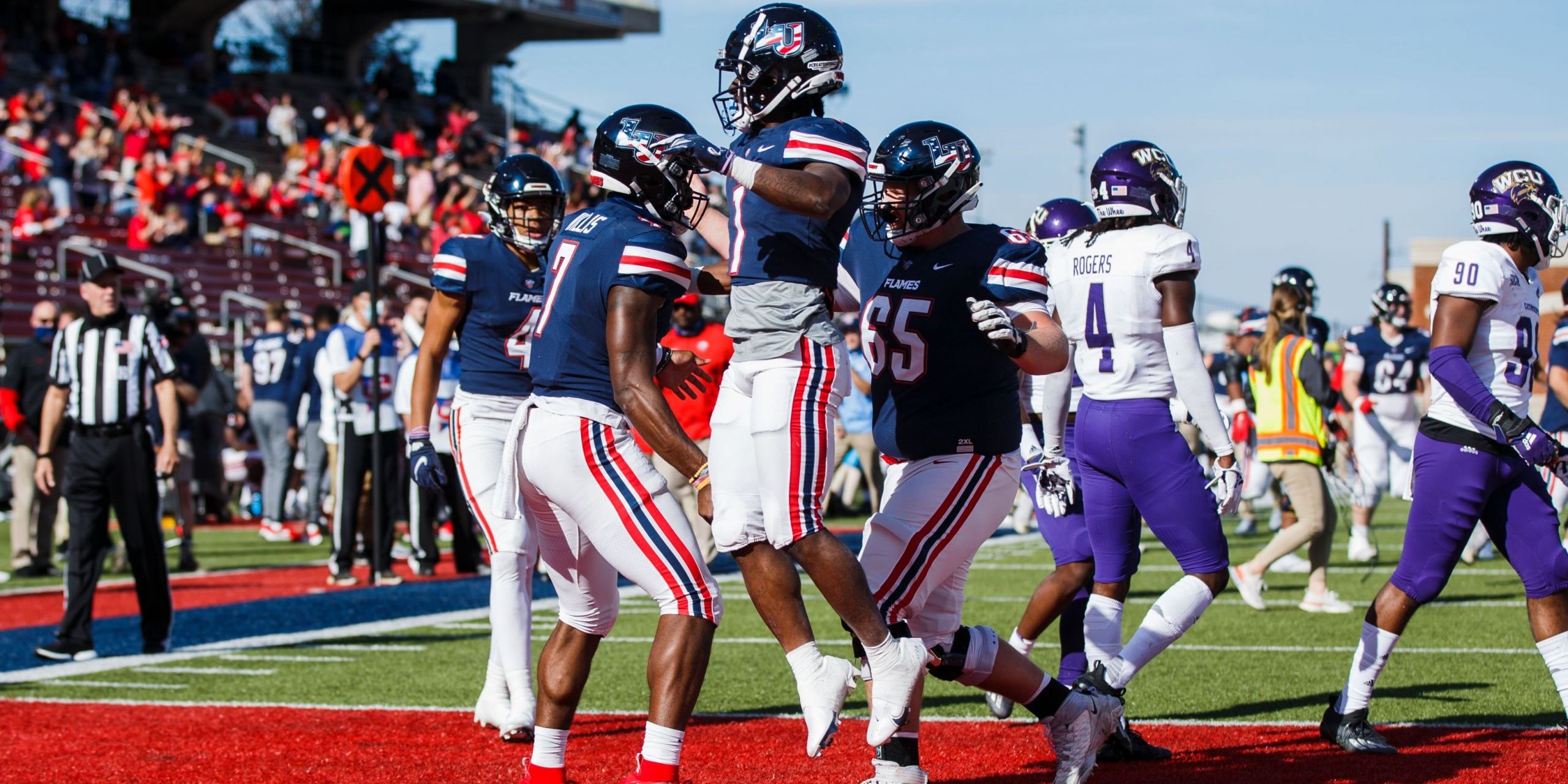 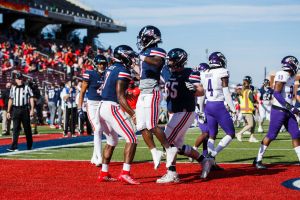 The Liberty Flames were a 33.5 point favorite over the Western Carolina Catamounts on Saturday, and they covered the spread and then some. The Flames controlled the game from the outset jumping out to a 14-0 lead in the second quarter before cruising to a 58-14 win. Even though the Flames got the win, Head Coach Hugh freeze refused to remain complacent with the team’s effort.

“I’m excited to be 8-0.” coach Freeze said, “Obviously, it wasn’t pretty at all times. We probably could have done a lot of things better, but I did think that they prepared better this week coming off an emotional, big win last week.”

The offense amassed a whopping 633 yards of total offense to go along with the season high 58 points. However, the day was far from perfect as they turned the ball over on downs and had a few missed opportunities in the first half.

“We cleaned up a few things (in the second half).” said Coach Freeze,”We didn’t play our guys two possessions in the third quarter. We did not, thankfully, do some of things we did in the first half. It was operational stuff. Those are the things that irritated me in the first half, and those are just signs that you’re not completely locked in. I didn’t sense any of those in the second half.

Junior Quarterback Malik Willis continues to have a dream season scoring a total of five touchdowns (three passing and two rushing). Malik also went 14/19 for 306 yards through the air, while rushing for 97 yards on eight attempts.

“He was a little hit or miss in the first half.” said Coach Freeze, “He had a few drops, too. It was just a couple of operational things that he missed. It wasn’t physical. I thought he played solid. You get to where you expect so much out of him on every play. I have to temper my emotions sometimes.”

Freeze’s expectations, while lofty, are definitely not without reason.  Malik’s now has 15 TDs and only one INT with 1,645 yards through the air and leads the team in rushing with 700 yards and nine TDs.

The performance on the ground on Saturday pushed Malik Willis to a personal milestone of 1,000 career rushing yards dating back to his two year stint at Auburn. Willis, however, continues to have his trademark humility in spite of his incredible success.

“I didn’t know,” Willis said, “That’s all God. I’m just thankful to be in this position and thankful to be out on the field and go out there and try to do what I can do to help us win games.”

Flames fans also got a glimpse into the future of Flames football on Saturday as Freshman Wide Receiver C.J. Daniels had a breakout game with two receptions, both for touchdowns. The first being a 40 yard bomb from Malik Willis late in the first half and a 58 yard slant from Chris Ferguson that was too fast for the TV cameras.

“CJ is going to be a really good one, and he’s getting better as he’s getting more reps.” said Coach Freeze, “I’m really excited to see him have success. We were really impressed with him in fall camp. I think he’s got natural catching ability, and his routes are very good as a freshman.”

The defense also put forth a solid effort giving up only 282 yards and having four sacks with three takeaways. Hugh Freeze still did not believe that Saturday was the best defensive effort he could have hoped for, however.

“It’s very difficult for our defense to plan for a team you hadn’t seen play in a year.” said Coach Freeze, “Did we play with the passion it takes to be a great defense? Probably not. But we were solid enough to get the job done. It just seemed like we were maybe missing a little fire up front.”

Freshman Linebacker Carl Poole turned out to be the standout defensive player for the Flames recovering a fumble and having one interception. Poole is one of the feel-good stories of this football team after receiving a hard-earned scholarship just prior to the season.

“I lost words when Coach Freeze gave me that paper.” Poole said, “It was a miracle for me and my family because we have been through a lot….I just thank God for giving me that scholarship.”

The Liberty Flames head into the final stretch of the 2020 season with only three games remaining from here on out. First up is a major road test against ACC foe North Carolina State.

N.C. State is 5-3 on the season and is coming off of a 38-22 win over Florida State last Saturday. The Flames are 2-0 so far this season against ACC opponents after defeating Syracuse and Virginia Tech earlier this season. The game will be in prime-time at 7:30 PM ET on Saturday on regional sports networks.