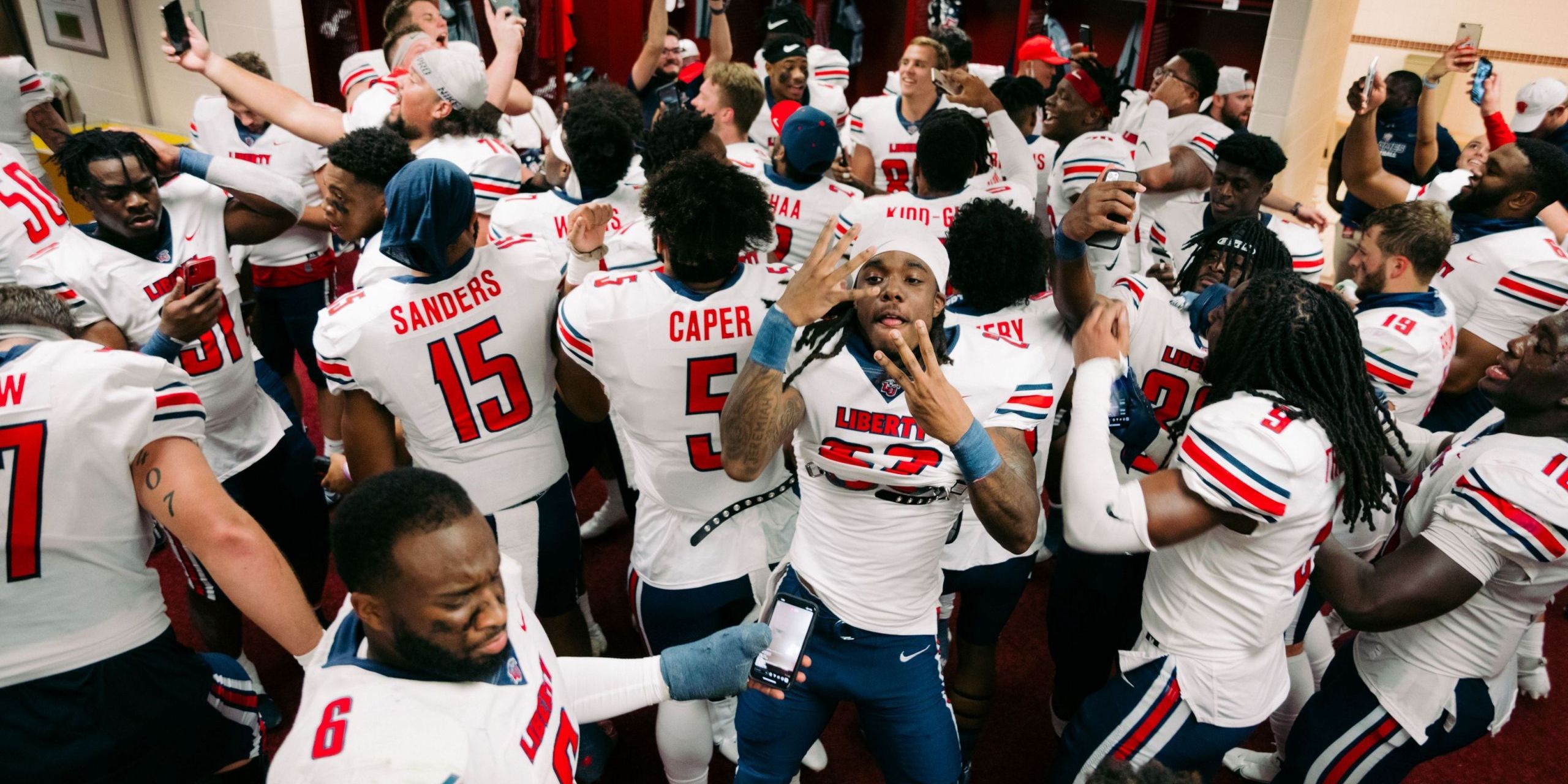 And the kick is true! After being ranked #25 for the first time in school history, Liberty traveled to Virginia Tech in a back and forth, grind it out game. It was a 38-35 victory over Virginia Tech Hokies football team on Senior Place Kicker Alex Birbir’s 51-yard field goal with one second left.

“It is hard to quantify wins that you had that are like that. But I just know that sitting here today there is no bigger four our kids, program, our administration, division that Doctor Falwell had many years ago.” said Head Coach Hugh Freeze, “To not come up here to play just the JV team but to come play the big boy team and have a chance to compete. I just could not be prouder of the way our kids competed and did not worry about the scoreboard, and man just played the next play.”

Even though Liberty came out with a win it still starts with Junior Quarterback Malik Willis. Malik used his legs with 19 carriers for 108 yards and one rush touchdown. In the air he was 20/30 with 217 yards and 3 touchdowns.

He also had four fumbles but only two of them were for a loss. The team knows that he is their guy, and he is a dynamic player.

“Yeah, I cannot turn the ball over, that is the whole reason that the game went like it did.” Willis said, “We gave them momentum every time I dropped the ball, I just tried to stay down and flesh it, flesh it out of my memory, short term memory. Keep going out there trying to move the football, trying to make the right decisions, but that has got to get handled by me. First and foremost because nobody else was messing up I was the only one dropping the football.”

Senior Place Kicker Alex Barbir was the one who sealed it for the Flames ultimately. A 51 yard field goal, the longest of his college career, sealed the 38-35 Flames victory.

“I had a similar one in high school, Junior year, it was a 56 but compared to beating a ACC school, beating Virginia Tech to go 7-0, it’s in question as to if we are actually a good team.” Barbir said, “I mean 6-0 but did we play anyone that good. But we beat Virginia Tech. On that note it is just insane, I’ve been crying so much, it’s just unbelievable for me.”