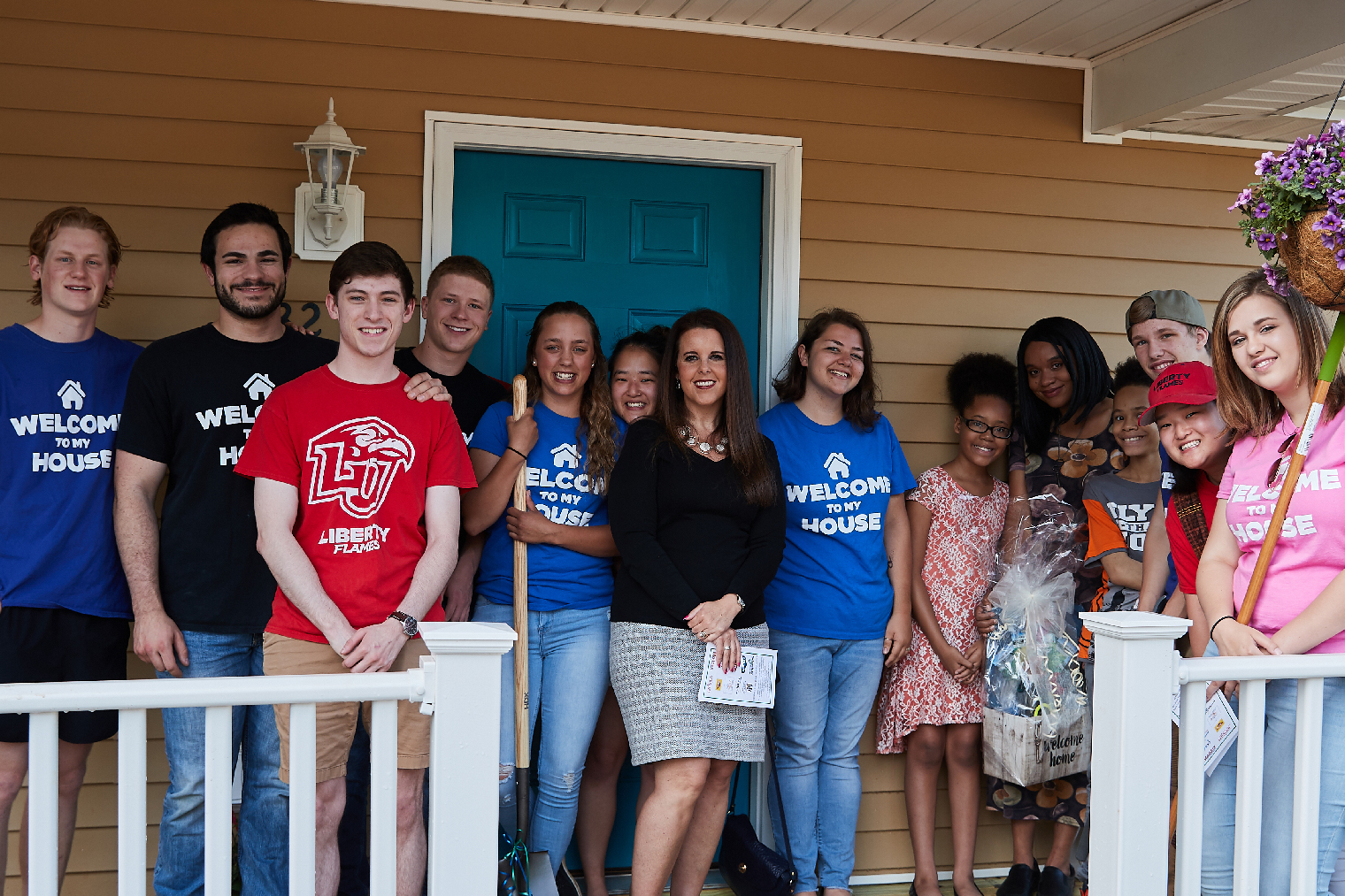 This fall, work will begin on a third Liberty University-sponsored Habitat for Humanity house thanks to a $20,000 grant from State Farm.

Liberty’s Habitat for Humanity Club was chosen last August out of a pool of applicants from around the country as part of the Campus Chapter State Farm Matching Grant. State Farm awarded Liberty, along with clubs at Purdue University and Clemson University, the largest grant amounts.

Chapters were chosen based on their ability to raise funds and on the impact they have on their community. Chapters had to raise an additional $20,000 through their own fundraising efforts in order to receive the grant.

Club president and Liberty junior Maddie Sumner said thanks to the club’s members and leadership, they were able to meet the goal earlier this summer.

“It was amazing to see how the process came together and how much we were able to raise in a short amount of time,” Sumner said. “It was such a relief and exciting to achieve something like this. We have resources and people who want to help us.”

The club, which is completely student-run, spends most of the school year raising money for Habitat for Humanity builds through different events and partnerships. For example, Sodexo, Liberty’s dining services provider, allows students to work concessions and donates a percentage to the chapter. This year’s proceeds from the annual Department of Family & Consumer Sciences Fashion Show were also donated to the club.

Greater Lynchburg Habitat for Humanity Executive Director Donna Vincent said that Liberty’s chapter should be considered “one of the leading chapters in the country.”

“In the past four years, they have been able to raise the needed $60,000 for three houses,” Vincent said. “They bring such an enthusiasm to this community to help families in need and they not only work on their own builds, but make themselves available to jump in whenever we need help on other builds.”

Sumner said she is excited to be a part of the third build, which is set to begin in August and scheduled to be completed by Christmas.

“I hope a few years down the line that building a house will be an annual project for the club,” she said.

The club finished its second house last summer for a local single mother and her two children. The first house was finished in 2016.