Two women’s flight teams from Liberty University’s School of Aeronautics helped make history at this week’s Air Race Classic, when the annual event ventured north of the border into Canada for the first time. They both arrived at the race’s terminus Friday in Welland, Ontario, not far from Niagara Falls.

Liberty’s teams, called The Liberty Belles, flew Cessna 172 aircraft out of Lynchburg, Va., last Friday to the race’s starting point in Jackson, Tenn. After a weekend of preparations, they joined 55 planes on Tuesday for the 2,549-mile journey, tracing a crescent-shaped route that took them over Georgia, Alabama, Mississippi, Arkansas, Missouri, Minnesota, Wisconsin, Michigan, and across the Canadian border. 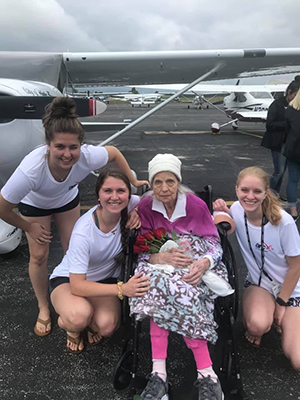 The race celebrates 90 years since the first Women’s Air Derby, which featured Amelia Earhart in 1929 and marked the beginning of women’s air racing in the United States.

There were 14 colleges and universities represented in this year’s race.

For The Liberty Belles, a highlight of the experience came during a stop in Lee’s Summit, Mo., on Wednesday, when the crew of one of the planes met Jeanette Bratton, 99, who received her pilot’s license in 1940.

“She is a woman in aviation who was really instrumental in pioneering what we were able to do today,” said Liberty Belles pilot Meredith Boardman, whose team presented Bratton with a bouquet of flowers on the tarmac. “She has encouraged a lot of the young flyers who came after her, so we wanted to honor her bravery and her accomplishment. It was very exciting and really an honor to see the expression on her face.” 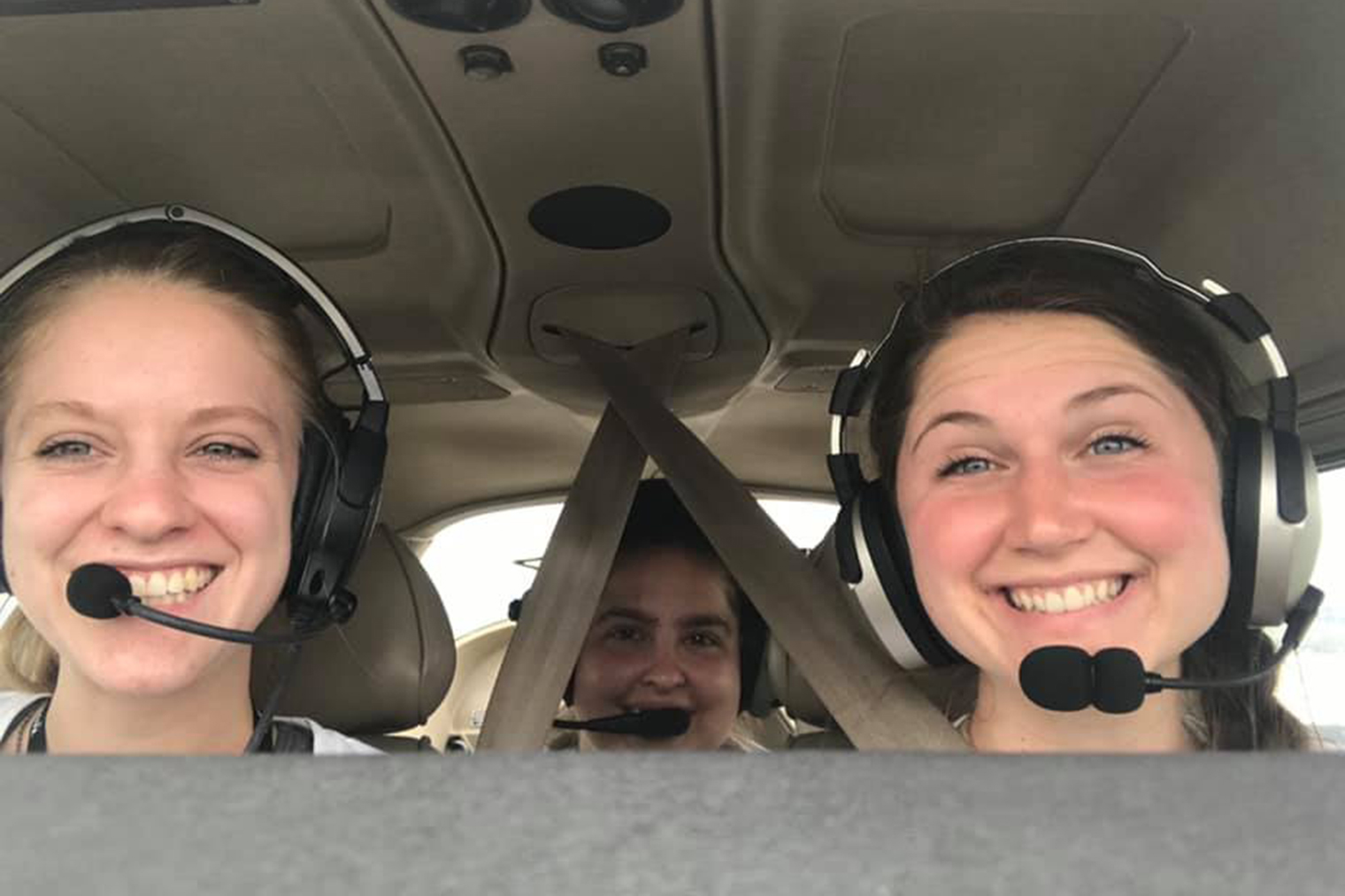 The Liberty Belles also met many potential future aviators along their journey.

“It was pretty cool to consider the fact that we could be an inspiration to them just as some of the other ladies have inspired us,” Boardman said.

Katie Wagner, Liberty’s associate director of flight training who served for the second year as coach of the teams, said the air race is invaluable in helping female aviators develop their navigational skills and flying techniques. The crews time their takeoffs and landings to avoid storms and complete the course as efficiently as possible. Finish times don’t decide the winner; teams must beat their handicap speed by the greatest margin.

“It allows them to go out and experience things other than in a training environment,” she said. 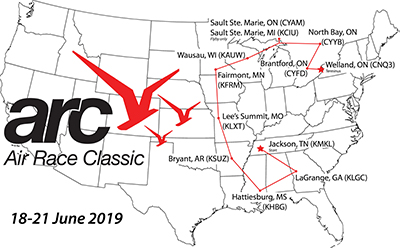 Results won’t be announced until Sunday, but Boardman said winning is not the primary purpose.

“It’s a competition and people want to win, but it’s about a shared spirit and passing along the passion that we have for aviation,” she said.

The race made a lasting impression on pilot Chloe Cady, a rising junior pursuing a degree in commercial/corporate aeronautics. Her plane experienced a minor maintenance problem with a disconnected wire on the first day of its journey, but her crew was able to have it repaired quickly and stay on schedule.

“It was so much fun, and growing in our pilot skills was awesome,” she said. “We learned so many things, including that having a crew to depend on is super helpful. All of us do different things, so working well together and communicating with each other is super important.” 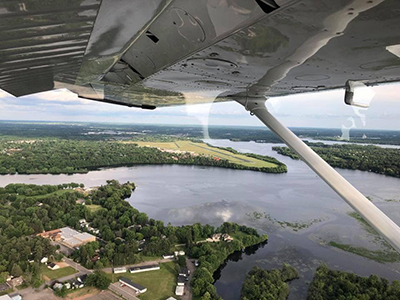 The weather was favorable for the majority of the trek, and the planes stayed ahead of storms and made up time with the aid of tailwinds. Both Liberty planes landed at their destination within an hour of each other Friday morning.

All three members of Team 45 — Boardman, co-pilot Erika Jordan, and teammate Kristi Serafin — also flew in last year’s event. Team 48 members Cady and teammate Gretchen Thennes were first-time participants, with co-pilot Megan Bradshaw back for her second race. The Liberty Belles are scheduled to arrive back in Lynchburg on Monday afternoon.