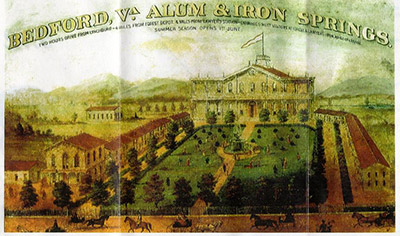 Liberty University is the new owner of a former resort in nearby Campbell County that dates back to the 1870s. Located about 10 minutes from campus in the historic community of New London, the 6.4-acre property was once home to the Bedford Alum Springs Hotel, thought to be the first resort hotel in the area.

In its heyday, the grand resort attracted people from up and down the East Coast and Midwest. People came to “take the waters,” bathing and drinking water from the nearby springs, which contained minerals thought to have curative properties for many ailments. The water was bottled and sold.

The current two-story main structure on the property was built in 1913 and is the third version of the hotel (the first and second burned). It has been used as a private residence for 70 years. The property also includes a swimming pool, barns, and a two-bedroom cottage. 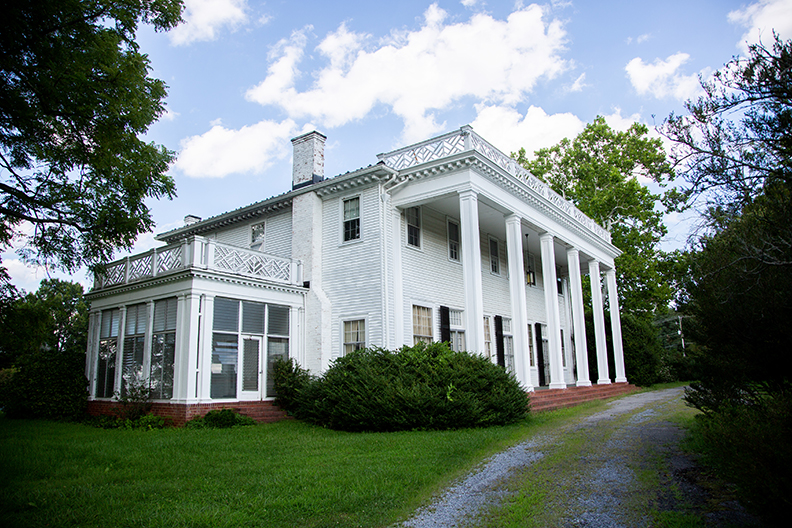 The acquisition is an expansion of Liberty’s investment in preserving the area’s rich history.

“New London is the best-kept historical secret in the Lynchburg area, and was here long before the City of Lynchburg,” said Liberty President Jerry Falwell.

In 2015, the university purchased the oldest-known standing structure in the Lynchburg region — Mead’s Tavern, built in 1763 in New London — and is currently restoring that property with the help of architectural historians and Liberty history students. The university also purchased the nearby New London Airport and the Center for Energy Research & Education in recent years.

Falwell said the hotel property also has significant Revolutionary War history, as part of the land is suspected to have housed an arsenal, one of only a handful of official Continental Army arsenals in the colonies. New London’s strategic locale made it a military supply center, which featured an arsenal, arms magazine, laboratory, prison, and several gun repair shops.

New London predates the American Revolution and was established as the western-most center on a major trade route. Located at the intersection of two main wagon roads, the town served as the last stop for settlers headed west to the Frontier. With beautiful mountain views but relatively flat land, it became a prosperous town when the only mode of transporting goods was by stagecoach. It was officially chartered in 1757 and served as the county seat for Bedford County.

The town is said to have attracted some well-known historical figures, including Thomas Jefferson, Daniel Boone, Patrick Henry, General Nathaniel Greene, the Marquise de Lafayette, George Rogers Clark, and Robert Morris (a signer of the Declaration of Independence). 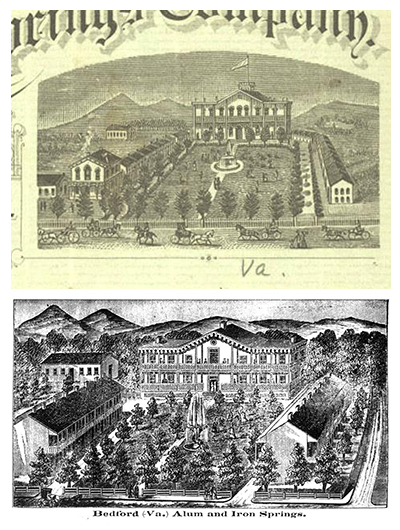 After the Revolution, the town fell into a state of decay. But by the 1850s, it became popular for its alum springs. When the resort was built about 20 years later, the national recognition brought a revival to the town. It was renamed Bedford Springs for a while in an effort to attract tourists. According to oral history, the resort was a popular gathering place for silent film stars in the early 20th century.

He noted another Liberty connection: the previous owner was a friend of his father, Liberty founder Jerry Falwell; they attended the then-Lynchburg College together.

The Friends of New London nonprofit group is partnering with Liberty in restoring properties in the community to become a historic village. Donna Donald, an assistant history professor at Liberty and a member of the group’s board, called the hotel site an “archaeological gold mine” and is excited for the ways students can be involved in more hands-on learning and research.

“The acquisition of this property is a dramatic expansion of what we’ve already started at Mead’s Tavern. It will be a different type of restoration project, and will offer greater possibilities for rehabilitation and archaeology. Having access to this rich archaeological site will open up incredible opportunities for students.” 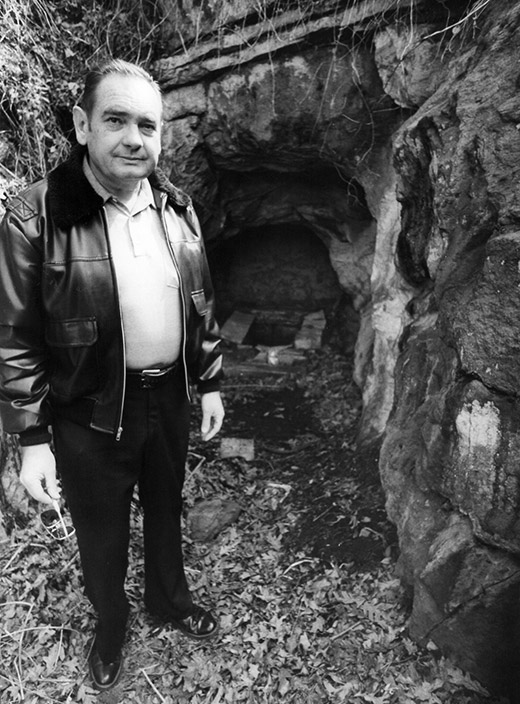 Liberty’s part in preserving history is an important one, she said.

“Undertaking these projects enriches the local history for everyone. New London really is a hidden gem — an incredible piece of Virginia history that hasn’t been told.”

Dr. Roger Schultz, dean of the College of Arts & Sciences and a historian himself, said many universities have acquired historical sites to preserve and use as teaching centers.

“We’ll have two really valuable areas for historical research, with the hotel and the federal arsenal site,” he said. “I’m excited that President Falwell has invested in regional history that will be a laboratory for our students.”

Friends of New London is currently raising funds to restore an African-American church. They will host the annual New London Day on Oct. 27, where Liberty students will take part in public history exhibits and give tours of the properties.