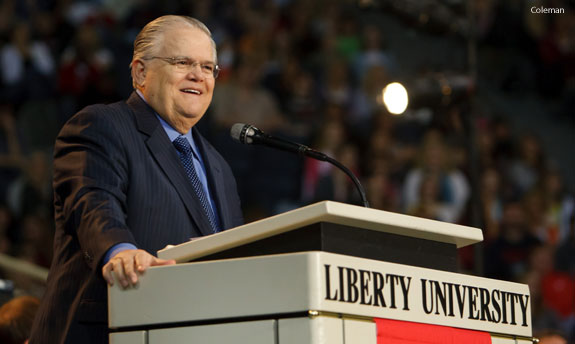 Hagee’s radio and television broadcasts are shown across America and in 235 nations worldwide. He has written 28 books, including two New York Times bestsellers.

Hagee has visited Thomas Road Baptist Church several times and has spoken at its Celebrate America event. This is the first time he will address Liberty students in convocation. The convocation will mark the kick-off to Liberty's first Israel Emphasis Week, sponsored by Liberty's Stand With Israel club. Israel's ambassador to the United States will also speak in convocation, via a prerecorded video message.

Hagee is widely known for his passion for the Jewish people. He serves as the national chairman of Christians United for Israel, which he founded in 2006 and is now the largest pro-Israel organization in the United States, with more than 500,000 members. Hagee is also the president of John Hagee Ministries, which has given more than $60 million in humanitarian aid to Israel causes.