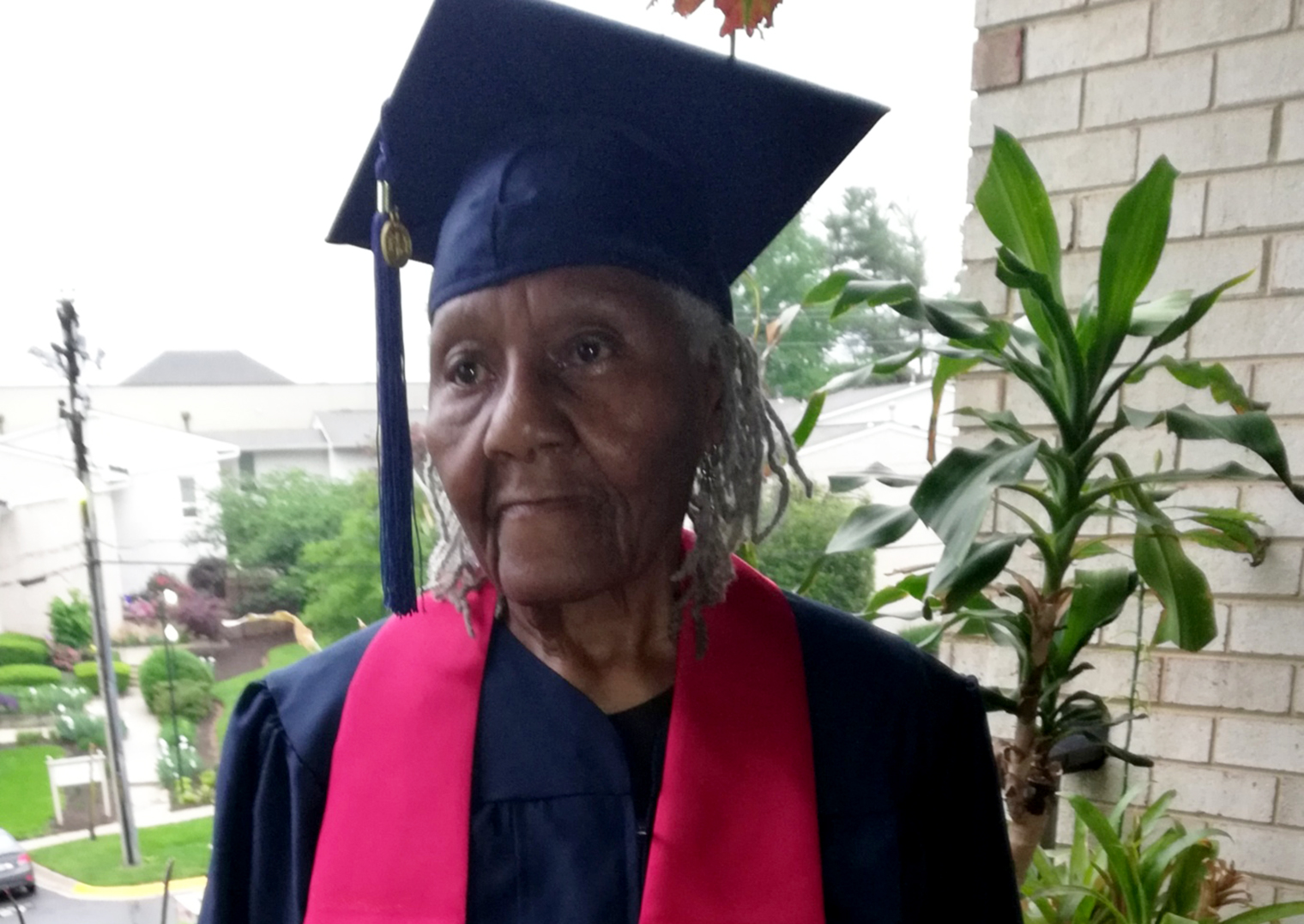 While putting her 12 children through school and working full time to provide for her family, Ella Washington, 89, never abandoned her goal to continue her education. On Saturday, she walked across the stage at Liberty University’s Commencement as the oldest graduate in the Class of 2018, earning her associate degree in interdisciplinary studies.

Washington grew up in rural North Carolina during the 1930s, when education came second to working on the family farm. She dropped out of school in the sixth grade.

But when she got married and had children of her own, she wanted more for them.

“She has always been a lifelong learner,” said Washington’s daughter Ellen Mitchell. "Her desire for learning and for pursuing an education became a family tradition. She taught all of her children how to read, write, and do math prior to their beginning school, just as her grandmother taught her and her siblings.”

Thanks to her faith in God and her perseverance, Washington enrolled in an adult education program and earned her GED diploma in 1978 at age 49. She had always wanted to go to college, however. In 2012, she enrolled in Liberty’s online program after a recommendation from Mitchell.

“Liberty is a great university,” Washington said. “I would recommend Liberty to anyone because I did well.”

But she isn’t stopping at her associate degree; she is already working toward a bachelor’s degree in history at Liberty.

“To me, history is a great subject,” she said. “Everybody should know their history and learn more about it. A lot of people don’t know much about history. There’s nothing wrong with learning more.”

She moved to Washington, D.C., as a young mother and had a variety of jobs, ranging from a custodian at the Pentagon to an office assistant to a certified nursing assistant at an adult daycare. She was still working up until about six years ago.

“Coming to D.C., there weren’t many opportunities for a poorly educated black woman,” Mitchell said. “But she worked hard doing whatever she could to make sure we were taken care of.”

Mitchell said it was her mother’s drive to better herself that has always inspired her children, who also worked to make education a priority in their lives.

“My mother is a remarkable woman,” Mitchell said. “I learned how to be strong because of her example. Now, she has set the bar for her grandchildren and great-grandchildren.”

Washington said her advice to her fellow Class of 2018 graduates would be to keep their sights set on using their education to the fullest.

“Education will help you make the best life for yourselves and those who come after you,” she said.