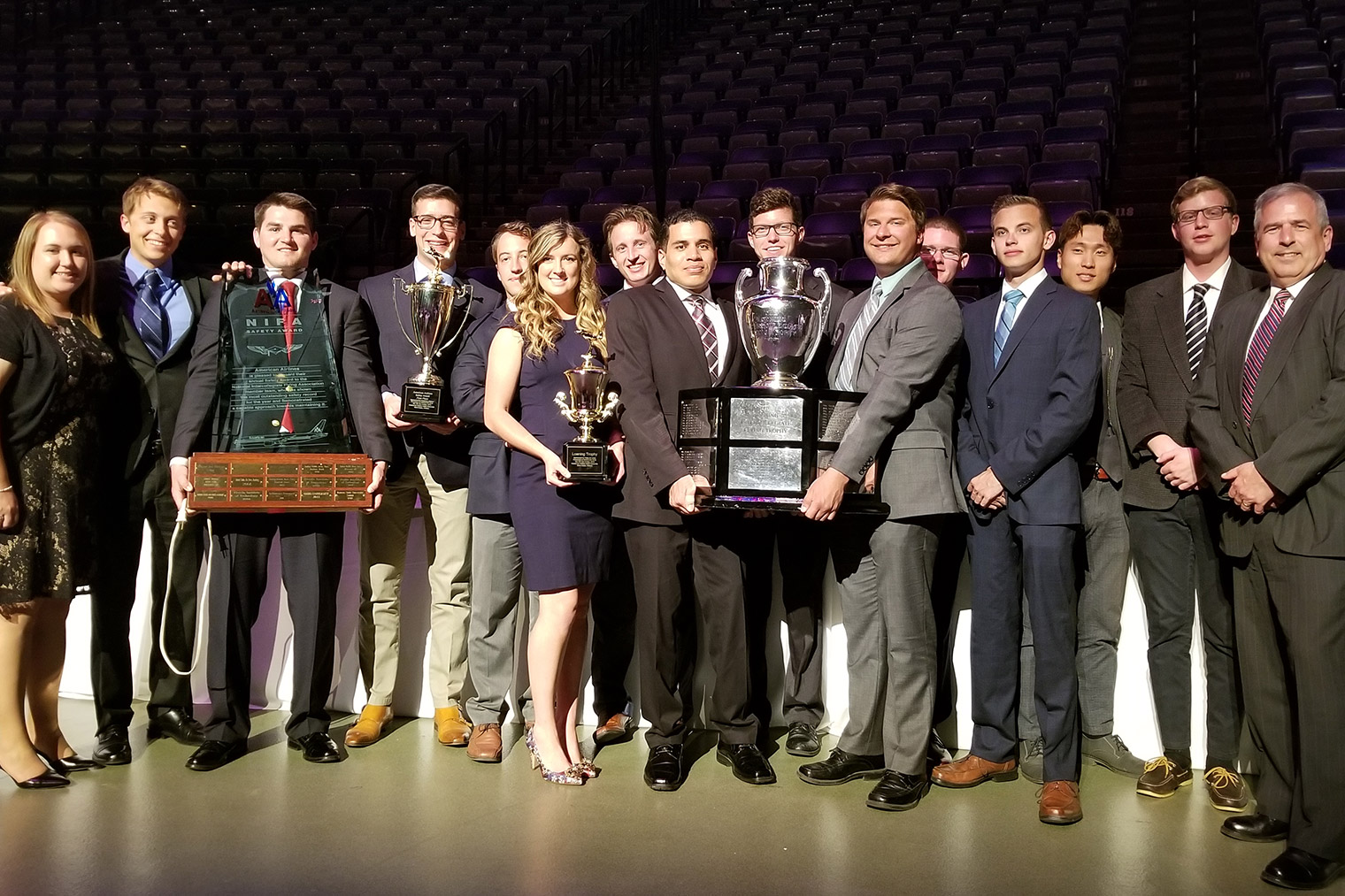 “I am blessed and honored to be associated with these outstanding young aviators who have once again represented our Lord and university through their superior character, leadership, and performance at the national level,” said Tony Cihak, the team’s faculty advisor and Liberty’s Chair of Flight Sciences.

Made of pure silver and custom designed by Tiffany, the Loening Trophy is the oldest award in collegiate aviation. Charles Lindberg and Amelia Earhart were among the judges for the inaugural competition in 1929. Schools are judged on a number of criteria, including competition performance, aviation skills, community involvement, safety, and academics. Only 10 institutions have taken the trophy home in back-to-back years.

The Loening Trophy may be viewed in its custom Liberty-made display case on the first floor of the Jerry Falwell Library.

The National SAFECON competition included a series of ground- and flight-based events, such as preflight inspections, navigations, planning a cross-country flight, message drops, and precision landing. Based on overall scoring in the events (which did not wholly determine judging for the Loening Trophy), Liberty finished 17th out of the top 28 teams from around the United States.

In February, Liberty was formally recognized by the Virginia General Assembly for its accomplishment of bringing the Loening Trophy to the Commonwealth for the first time since 1932.