“Avengers: Infinity War,” which opened in theaters this week, might be the cinematic event of the year for moviegoers around the world, but for Liberty University alumnus Jonathan Wymer (’14), the film is another appreciated line on his résumé. 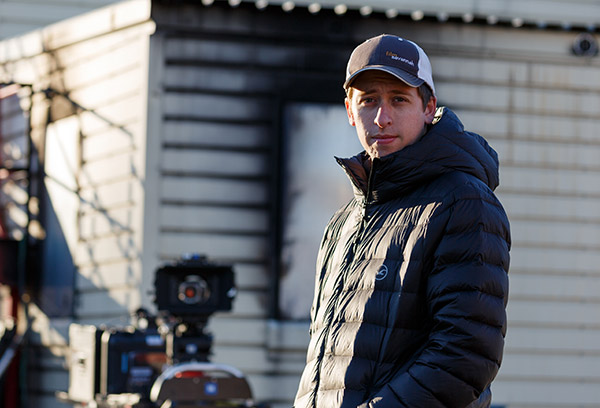 Wymer served as a location assistant for the blockbuster, a position he has held on four other Marvel Studios films. (Liberty student Tiffany Espensen, a Hollywood actress, is also credited in “Avengers: Infinity War.”)

The third “Avengers” film is already making box office history, setting the record for the highest presale volume. For many young professionals in the industry, like Wymer, productions of that scale are a huge opportunity to learn the business and work toward their own dreams.

“(Working on) a billion-dollar movie is not something to just throw away; I am super thankful,” he said.

Wymer was a member of the Cinematic Arts, Zaki Gordon Center’s inaugural graduating class in 2014.  Like many film school graduates, he first considered moving to Los Angeles, but instead opted to head to Atlanta, where Pinewood Studios was just opening what is now the largest studio complex in the U.S. outside of Hollywood.

His first gig didn’t come right away, but through personal connections, Wymer was eventually offered an opportunity to assist in the wardrobe department for 2017’s “Guardians of the Galaxy Vol. 2.” He worked hard and appreciated the learning experience. Wymer also developed friendships on set, which led to more opportunities.  He said that because of the public perception of faith and the entertainment industry people are often surprised to learn that his faith was a key networking element.

“About 50 percent of the people I work with are actually outspoken Christians,” he said. A fellowship of Christians, many of whom attend church together, has developed at the studio and they help one another land gigs. “Through those relationships we kept pulling each other up; anytime someone wasn’t working we would refer each other.” 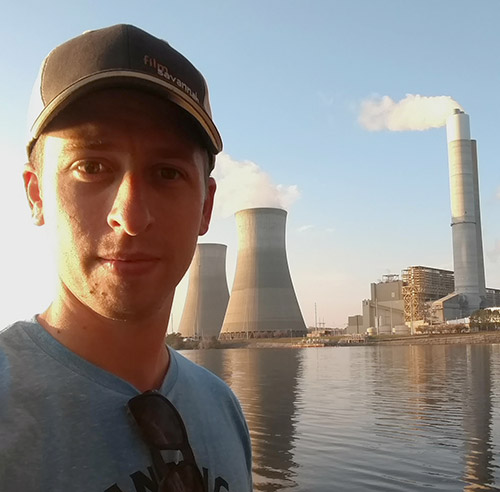 Because of Marvel Studios’ partnership with Pinewood Atlanta Studios, Wymer continued to find work on some of the biggest film sets in the country, including “Spider-Man: Homecoming,” “Black Panther,” and “Ant-Man and the Wasp” (which hits theaters in July). He has also earned credits on blockbusters such as “Jumanji: Welcome to the Jungle” and “The Fate of the Furious,” as well as on television shows, including Netflix’s “Ozark” and The CW’s “The Originals” and “The Vampire Diaries.”

“The year 2017 felt like the heyday of Marvel movies,” Wymer said. “I was very fortunate to get here (to Atlanta) just as it was about to explode.”

He said he has connected with about 10 fellow Liberty graduates in Atlanta who are all working steady in the industry on notable projects, such as Netflix’s “Stranger Things.”

Wymer’s work ethic has been a major factor in his success.

“One of the biggest keys in the industry is that when you are working alongside people, they see how hard you work,” he said. “You wouldn’t think that they would, because these shows are so big. But everyone is taking notice. People see your work ethic, your attitude, and you stand out. That is what has pulled me up so quickly.”

After starting out with jobs in the costume and wardrobe departments, Wymer moved into location management, working under some of the best in the business. He is now a member of the Location Managers Guild International and said that he’s gaining valuable production experience for his own projects.

“In our department, we work with every department head ... to better understand the locations we need … where we are looking, where is the action taking place,” he said. “I have learned so much from it that I am able to better produce my own films.”

Among the responsibilities of location management is working with local officials to obtain permits and to get permission from businesses and individuals to shoot in desired places.

Wymer recently returned to Lynchburg to share his experience with students on the set of Liberty’s latest feature film, “Commander,” for which he was the location manager. “Commander” is scheduled to release nationally in 1,200 theaters in October.

Wymer appreciates being able to work in the industry as he strives toward his goal of writing and directing his own independent films. He writes “nonstop” and has already made seven short films. He networks often, meeting with leading writers and producers, attending writers’ conventions, and pitching projects to Netflix executives.

“My experience has propelled me closer to what I want to be in life, to work as an auteur,” Wymer said, referring to a filmmaker with a distinctive individual creative style. Some of his favorite such artists include Jeff Nichols, Jeremy Saulnier, and Paul Thomas Anderson. “I love that dream aspect of filmmaking.”