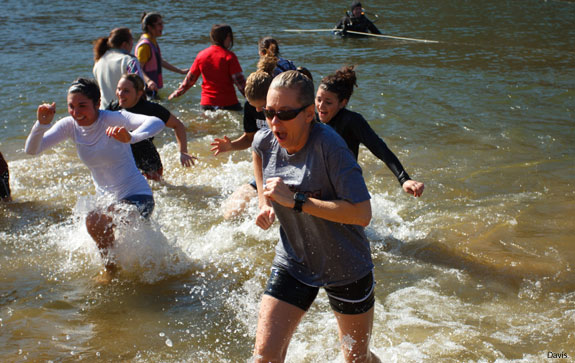 Polar Plunge festivals are held in many cities throughout the United States. In 2009, Liberty became the first college or university to host a Polar Plunge for Special Olympics Virginia. The event, which included a Battle of the Bands, raised more than $12,000 this year.

“These kids here for Special Olympics are so much fun, and they deserve to play sports just like we do,” said Liberty junior Jill Rogers who took the plunge on Saturday. “So it’s awesome just to be able to give them the chance to do that. It was totally worth it.”

Rogers was one of the more than 50 people who took the dive on Saturday. Participants were provided with lunch and free t-shirts. Prizes such as gift cards, pizza parties, and two trips to Massanutten Resort were awarded to the top individual fundraisers and groups. 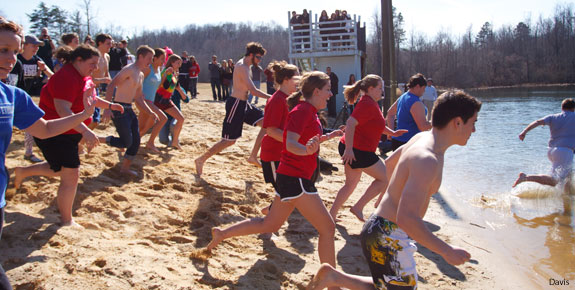