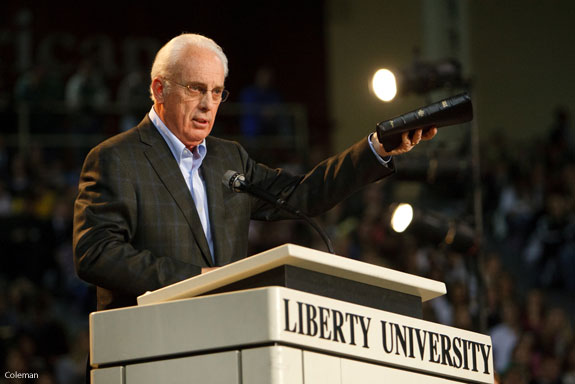 During Friday’s convocation at Liberty University, John MacArthur revealed a new concept that he says will transform the way Christians view themselves in relationship to God.

The noted pastor, best-selling author and biblical scholar spoke to a packed crowd in the Vines Center about a “tragedy” in Bible translation -- the word “servant” appearing many times when it should be “slave.”

The true meaning was lost in translation, he said, and has remained a “cover-up” since the 16th century.

“This started in 1560 with the Geneva Bible when translators said there’s too much stigma on the word slave [doulos], ‘We can’t call Christians slaves, so let’s call them servants.’ … There’s a big difference … servants are somebody who serves; a slave is somebody who is owned.” 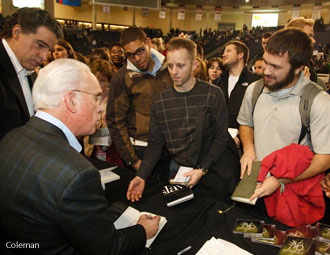 MacArthur outlines what it truly means to be a slave, owned by God, but also a friend and joint heir, in his new book, “Slave: The Hidden Truth About Your Identity in Christ.” He met with students and signed copies of his book following the service.

MacArthur last visited Liberty in the 1980s. In an interview after convocation, he said he welcomed the chance to return.

“For me to be able to help them better understand what it means to be a Christian, to get a grip on that core understanding is really a privilege,” he said.