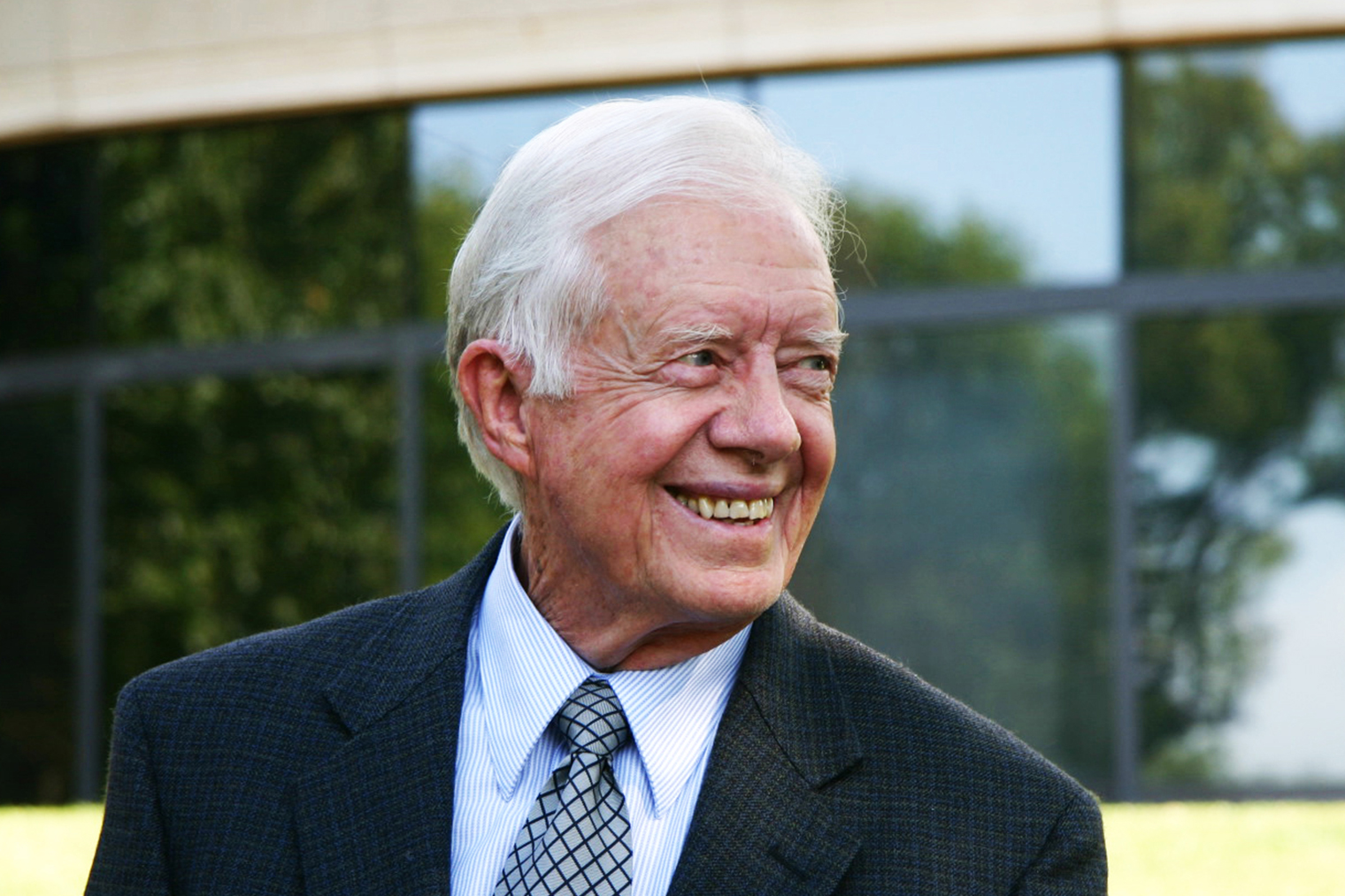 Liberty University is proud to announce that former President Jimmy Carter will deliver the keynote address at Commencement on Saturday, May 19, 2018. It will be Liberty’s 45th Commencement and will include the College of Osteopathic Medicine’s inaugural graduating class.

The university has previously hosted two other U.S. presidents for Commencement, both while still in office. George H. W. Bush spoke at the May 13, 1990, graduation. President Donald J. Trump spoke to the largest crowd ever assembled for an event in Lynchburg, Va.’s, history last year.

President Falwell said, "I did not meet President and Mrs. Carter until early last year.  I was so impressed with the president’s warmth, kind demeanor, and humility. It is one of the greatest honors of my life to welcome President Carter to our Commencement stage. I have tremendous respect for him as a statesman and a true Christian. While Christians may disagree about what role government should play in serving those in need, the Liberty University community along with all Christians worldwide are united in the belief that we, as individuals, should provide food and shelter to the poor. President Carter, both during his time in office and since, has followed the teachings of Christ by serving the poor and loving his neighbors. I am thrilled that he will be sharing the story of his life of faith in action to our graduates and their families.”

Carter served as the 39th President of the United States from 1977 to 1981. Since leaving office, Carter has written 31 books and has been a key supporter and advocate for Habitat for Humanity. In 1982, Carter and his wife, Rosalynn, established The Carter Center, a non-profit organization focused on resolving conflict; advancing democracy and human rights; preventing diseases; and improving mental health care.

“I am pleased to speak at Liberty University’s Commencement,” Carter said. “I look forward to reaching out to this young generation of future leaders. I hope to inspire them as so many have inspired me throughout my life.”

About 18,000 graduates from across the nation will be receiving degrees from both residential and online programs. Liberty’s 2017 Commencement brought about 50,000 people to Williams Stadium, breaking all attendance records for events at Liberty and in Lynchburg.