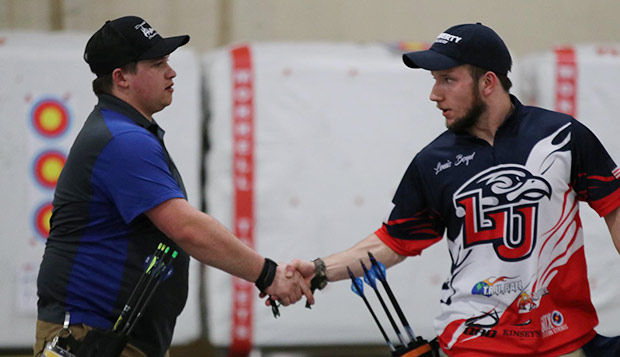 “For him to win it all was against the odds, being a rookie to this sport,” Liberty first-year Head Coach Ian Rigney said. “He just kept shooting 10s.”

Boyd fired bullseyes on his first three arrows on the 20-yard range, opening a three-point lead on Shaw after the first of four sets of three arrows before holding on to win by a 46-43 count.

It was the 10th national championship in the 10-year history of Liberty’s archery program, ranking it among the top five winningest collegiate programs in the nation. Rigney, who won three individual and one team title as a member of the Flames from 2011-15, guided Boyd and teammates Spencer Foster and Jason Lynch to a men’s bowhunting team title at the USCA 3D National Championships, Oct. 8 in Illinois.