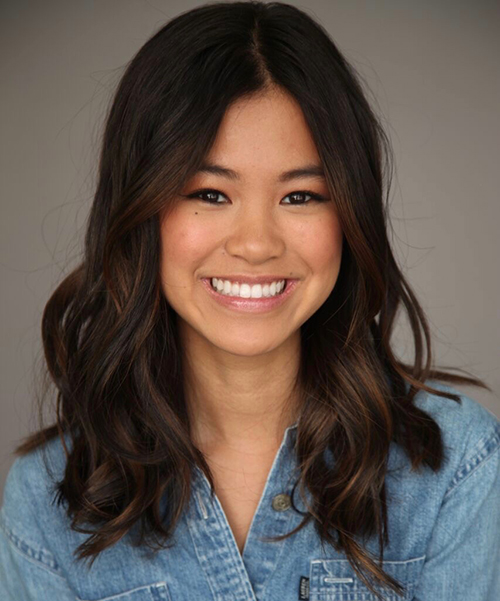 For the past decade, Tiffany Espensen has been featured on screen in a number of classrooms — from Forest Hills High on Disney XD’s “Kirby Buckets” to Midtown School of Science and Technology in last summer’s blockbuster hit “Spider-Man: Homecoming.” But while the 18-year-old emerging starlet has spent time in fictional schools on set, going to class in real life is not conducive to her career.

Espensen, who lives in Los Angeles, chose to enroll in online courses with Liberty University last year. She was so interested in Liberty that she drove from Georgia (where she was filming “Spider-Man: Homecoming”) with her mom to visit campus.

“Education has always been so important to me,” she said. Espensen was homeschooled and graduated high school at age 15. “I always loved to learn, and I knew that as I got older, college was something that I needed to do. … I wanted to get an education with a biblical worldview, but I knew I couldn’t just drop everything and leave. I prayed about it and I said, ‘Lord I really want to keep learning; I really want to go to college; I really want to get a degree.’” 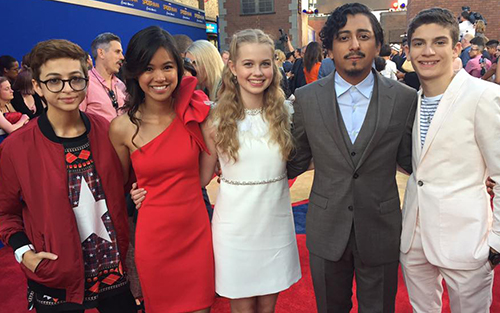 So she Googled, “What are the best Christian colleges?” and Liberty popped up.

Because Liberty is a leader in online education, Espensen knew that she wouldn’t have to put her career on pause in order to get a quality education. The format fits perfectly with the life of an actress. However, the primary factor that attracted Espensen was much more personal — she identifies with Liberty’s biblical foundation and core mission of Training Champions for Christ.

“I tried to visit other colleges, too, but I could not get past Liberty,” she said. “I genuinely really love what Liberty is doing and what it stands for. It is so important because you don’t see many colleges today that stand for truth, and that is very important because you are training young minds.”

Currently, she is dual-majoring in political science and religion.

“I love Liberty,” Espensen said, noting that she watches Convocation online and follows the university on social media. “I love the curriculum that I am reading. I love how flexible it is, that I can go anywhere and communicate with my teachers.” 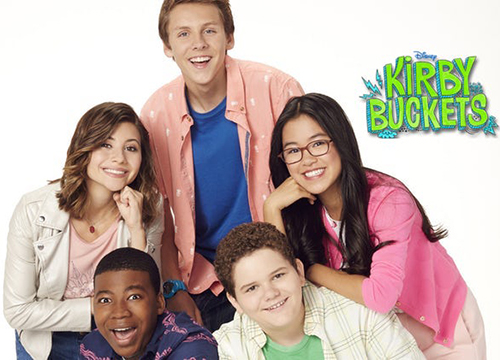 Even at 18, Espensen has already had an impressive career. Starting with a role opposite Miley Cyrus on “Hannah Montana” when she was 7, Espensen has since appeared on-screen with Jude Law (“Repo Men”), James Marsden and Kaley Cuoco (“Hop”), and Hugh Laurie (“House MD”). She has also landed roles on “NCIS,” “Criminal Minds,” “R.L. Stine’s Monsterville,” and Nickelodeon’s “Bucket & Skinner’s Epic Adventures,” in addition to voice-acting for animation, including Disney’s “Phineas and Ferb.” She’s also slated to reprise her Spider-Man role in Marvel Studios’ “Avengers: Infinity War,” which is expected to be the highest grossing movie of 2018.

But playing multiple characters has not made her lose sight of who she is as a Christian.

“My faith always comes first in everything that I do,” Espensen said. “In the roles I choose and the auditions I go on, I am very careful because I know that I represent Christ.”

“Living in Hollywood has actually increased my faith,” she added. “I find myself hanging onto Jesus more tightly. (Being on set) has helped me to really dig deeper into my faith; I’m dependent on Him more.” 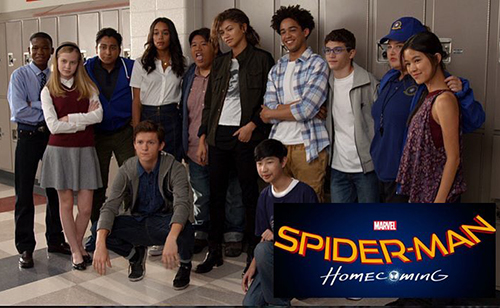 In the future, Espensen said she would like to bring a literary character to life — she is a book lover — and wants to tackle some heavier, dramatic roles in female-driven projects. As an Asian-American (she was born in China and adopted by a California family as an infant), she said that she is glad to see more diversity in Hollywood and hopes to play more traditional leading roles, once limited to white actors, in the future. She’s excited to be playing “the popular girl” in an upcoming Netflix series, but she couldn’t give away any details.

In addition to acting, Espensen is active in humanitarian causes, including Compassion International and the Starlight Children’s Foundation. She went on a mission trip to the Dominican Republic last summer and is an official Wildlife Warriors Global Ambassador, dedicated to saving and preserving wildlife. She was an executive intern for a California state senator and served on the Youth Preparedness Council. Espensen is also a black belt in Wushu, a Chinese martial art.

In all her endeavors, Espensen said she credits God with her success.

“We try to control things and we try to be like God, because that is how we were born,” she said. “But as you get older with your career, life, friends, and relationships, it is just important to trust God and know that He has immeasurably more (in store) than we can imagine. For me, it is just trusting God and knowing that He is good in all seasons.”