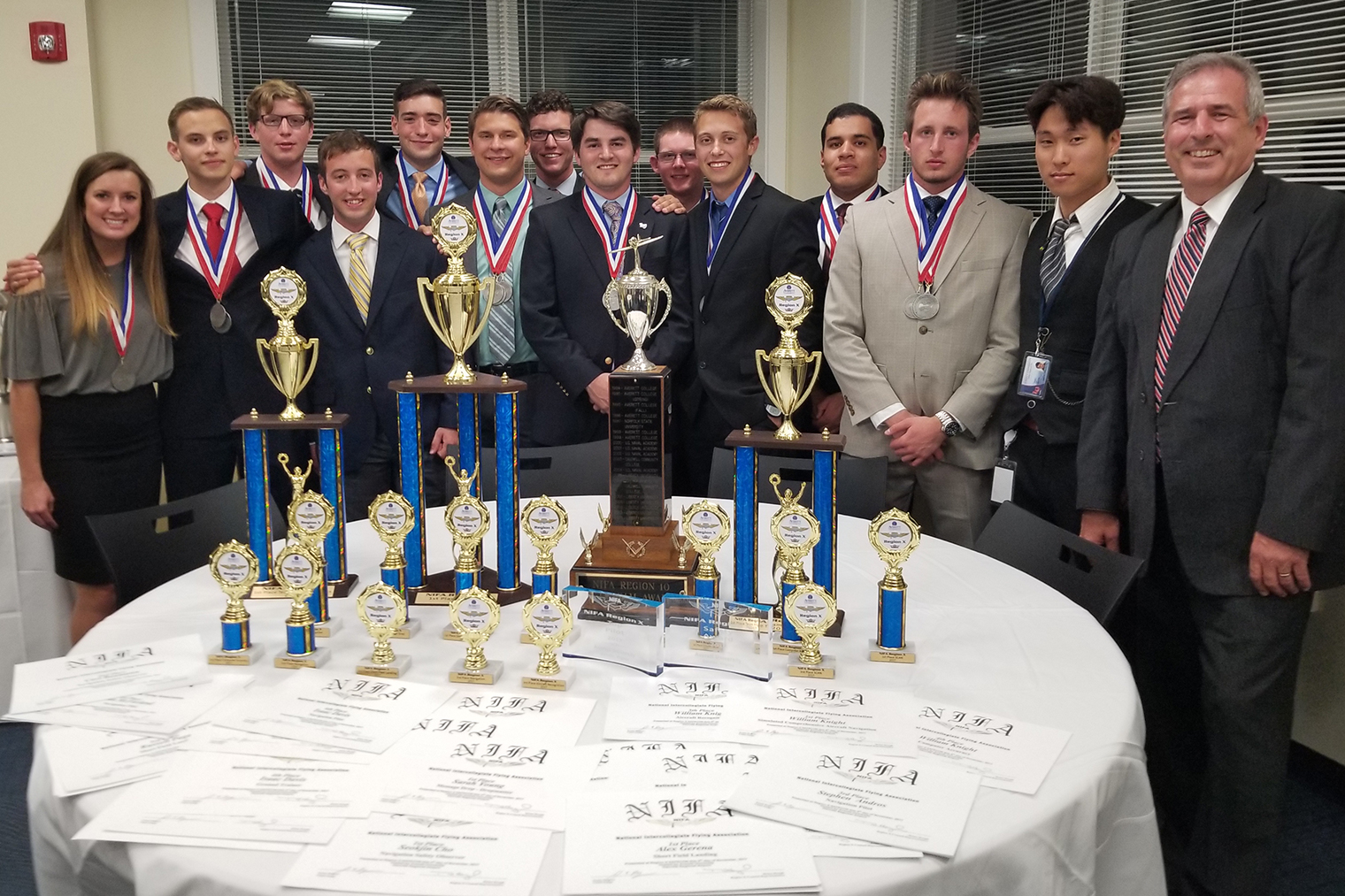 The Liberty University School of Aeronautics NIFA Flight Team is the National Intercollegiate Flying Association (NIFA) Region X champion for the 13th year in a row and has once again qualified for the Collegiate Flight National Championship competition at Indiana State University in April.

Pilot John McFarland and drop master Sarah Long, both juniors, received first place in the message drop event, in which teams dropped a message container from an aircraft at 200 feet above the ground aiming at a ground target. 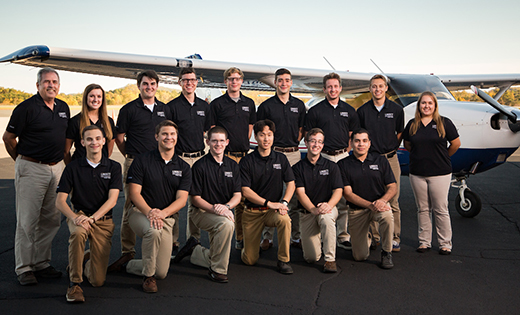 The team also earned the School Safety Award for the best overall flight safety program in Region X as well as the top combined score in both ground and flight events.

“Our team truly demonstrated that they are Champions for Christ and solidly defended their championship title and heritage,” said Tony Cihak, Liberty’s director of Flight Operations and the team’s faculty advisor. “I'm very proud of our men and women, and I'm very thankful for the support Liberty University continues to provide them. They have a desire to develop their aviation skills while honoring and glorifying Jesus Christ through aviation.”

In April 2018, at the NIFA National SAFECON, Liberty’s team will defend its claim to the prestigious Loening Trophy, awarded to the outstanding overall collegiate aviation program.