Jeff Foxworthy brings humor and compassion to the Convocation stage 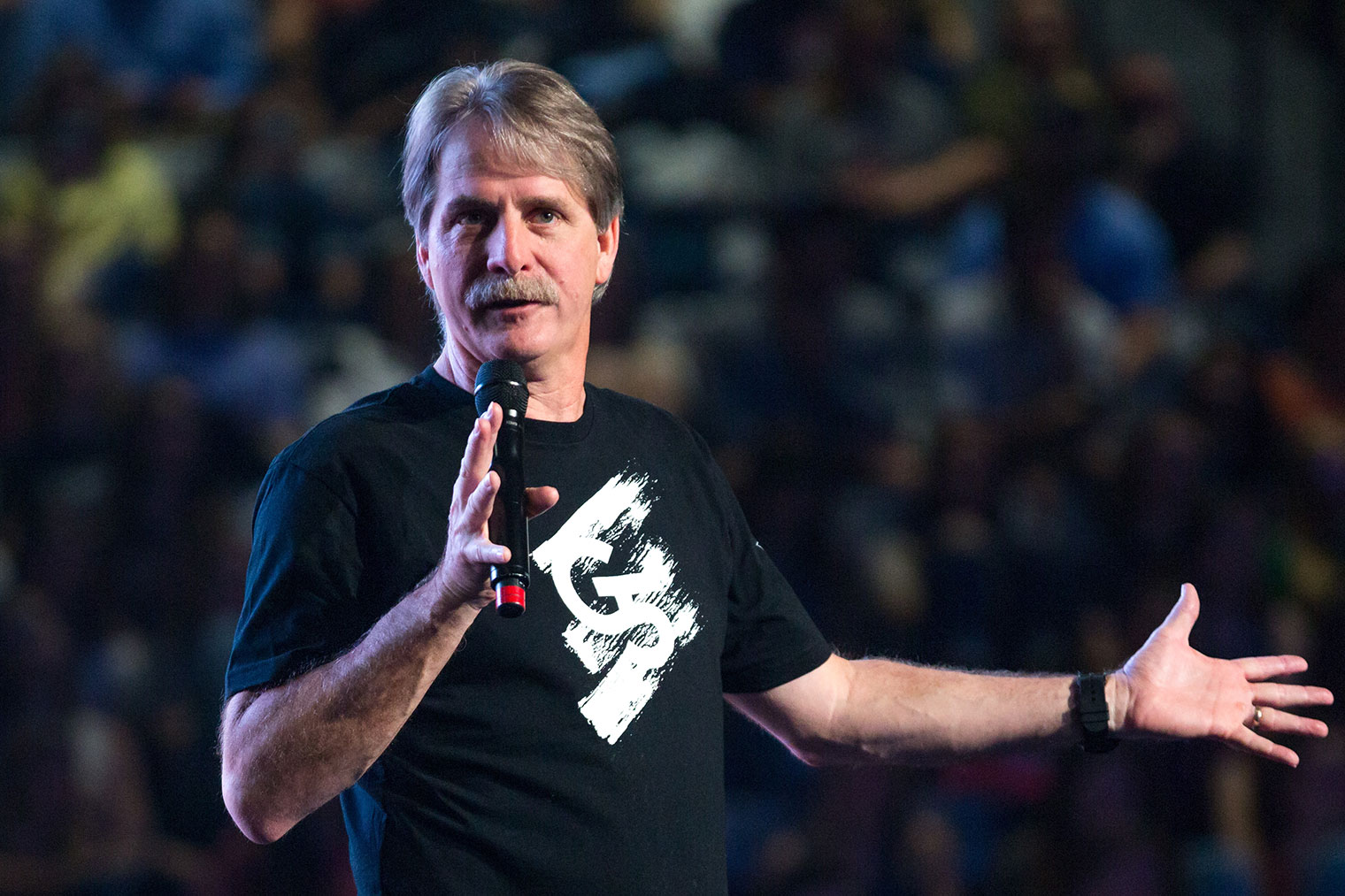 Liberty University capped off its biannual Global Focus Week (GFW) Wednesday with a Convocation filled with laughter and compassion as popular stand-up comedian and longtime child sponsorship advocate Jeff Foxworthy made his first visit to the Vines Center to talk to students about his time working with children in Rwanda. (View a photo gallery of GFW events at the bottom of this story.)

Additionally, the Convocation highlighted the work of child sponsorship ministry Compassion International, with which Foxworthy and his daughter Jordan have partnered for the past 12 years. Students were encouraged to help Compassion in its mission to support children financially and spiritually. Sponsorship packets were taped on the backs of every seat.

Liberty President Jerry Falwell announced that he and his wife, Becki, have decided to sponsor five children. He commended Compassion for working with children and families overseas who are in desperate need of help.

“When I was in law school, I didn’t have any money,” Falwell said. “But I sponsored a child from Nepal, and I sent a check for $22 every month. I got a report back about how the child was doing, and it was a very rewarding thing.”

Falwell then introduced Foxworthy, expressing his appreciation for the comedian’s clean act and affection for Southern culture.

Foxworthy, also known as host of the game show “Are You Smarter than a 5th Grader?,” kicked off his time on stage with a comedy routine that included stories and one-liners about everything from bungee jumping to bad breath and living in the deep south. 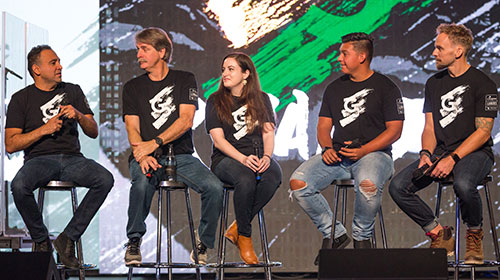 The Nassers and Foxworthys traveled to Rwanda together this past summer. In Convocation, they talked about the trip, where they built relationships with the children they sponsor and spent time getting to know the families. A video featuring footage of the group in Rwanda was shown. Shots of dancing children and pickup soccer games highlighted just a few of the ways the group fellowshipped and engaged with the families.

Jeff Foxworthy said that from that trip and his other experiences with Compassion, he became convinced that sponsorship impacts more than the child — it affects the entire family. One of the most emotional things he has ever seen, he said, was watching a grown child who was sponsored through Compassion meeting their sponsor for the first time.

“They literally collapsed on the floor in tears,” Jeff Foxworthy said. “Through this, you really have the chance to breathe life into somebody. Why would you pass that up?”

Jordan Foxworthy talked about how Compassion enables its sponsors to develop real-life relationships with the children they support through letters and opportunities to meet them in person.

“On my first trip, we met our two sponsored girls, and we had just started the sponsorship process, so they were real shy. It was hard to connect with them,” she said. “We came back a few years later, and these girls had grown up. They were confident, they were excited to show us around and have us meet their friends, and just the change in them after a few years of being sponsored was absolutely amazing.”

Liberty’s partnership with Compassion is part of its new global initiative, G5, through which the university focuses on a specific country each year — this year is Rwanda — with the goal of making a major impact for God there.

Many of this fall’s Global Focus Week events educated students on the culture and history of Rwanda. More than 50 organizations were also on campus to talk with students about ways they could serve around the globe. Students will have the opportunity to visit Rwanda over Spring Break through LU Send.

Visit Compassion’s website for information on sponsoring a child.