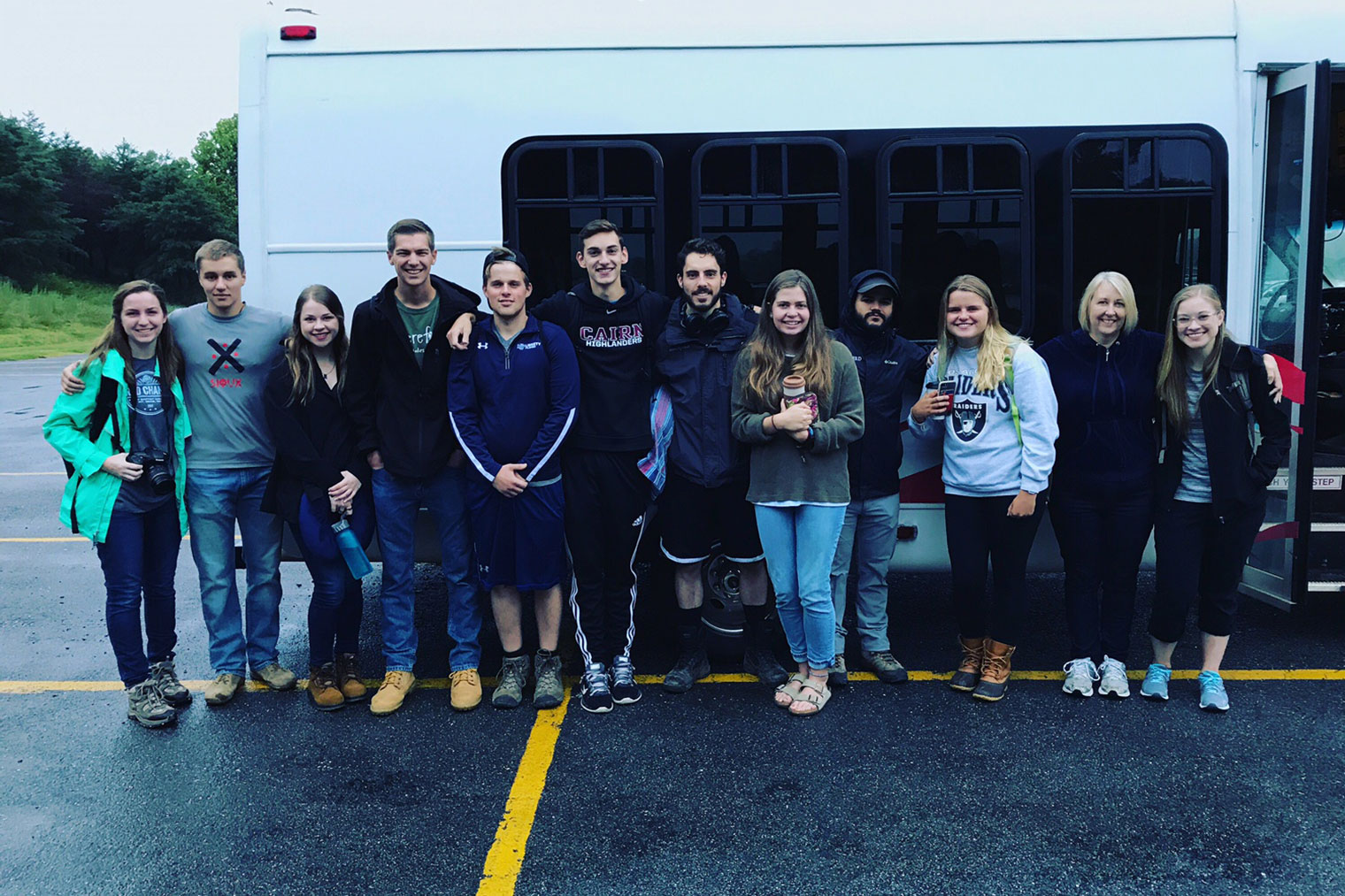 Liberty University students packed their bags just over a week ago to return to campus for the new school year, but some students got the call to pack their bags again — this time for flood-ridden Houston, Texas, as part of LU Send Now, the university’s disaster relief initiative.

The team of 10 students and two staff left early Saturday morning for Victoria, Texas, and will return Sept. 9.  They will work alongside Samaritan’s Purse as cleanup efforts begin after Hurricane Harvey affected 50 counties in southeastern Texas. The Category 4 hurricane left more than 35 people dead, destroyed more than 7,000 homes and heavily damaged another 37,000, according to the Texas Department of Public Safety. More than 32,000 people are reportedly displaced.

For Liberty senior and LU Send Now team member Jana Hicks, the trip is personal. Hicks hails from the Dallas area and her brother and sister-in-law live Houston. She said her family did not have to evacuate, but the water had still come up to their front door.

“My heart is truly in (this trip),” Hicks said. “Even if the people we’re helping aren’t my real family members, by the end of the trip, they will feel like that because Texas is my home.”

Hicks said it hurts to see people from her home state suffering and hopes the team can be a light in this dark time.

“People’s physical and emotional needs to be set in stone before you approach the Gospel,” Hicks said. “My goal is for people to see Christ through our actions, attitudes, and acts of love.”

Senior Seth Lunger, who said he transferred to Liberty last year specifically because of Liberty's outreach opportunities through LU Send Now, is glad that he gets to be part of the Houston trip, where he can use his skills to help others.

“I want people to see that we’re there to help other people, not for ourselves,” he said. “When I saw the news about Harvey, I thought it would only be this tropical storm. Then it was upgraded to a Category 4, we thought it was going to be moving along, but it stayed. Texas has just been getting hit after hit. My heart goes out to them.”

Hurricane Harvey reminded senior Kelsey Ellis of the time leading up to Hurricane Matthew last year. Ellis said she left school to travel to Florida to help her family evacuate. 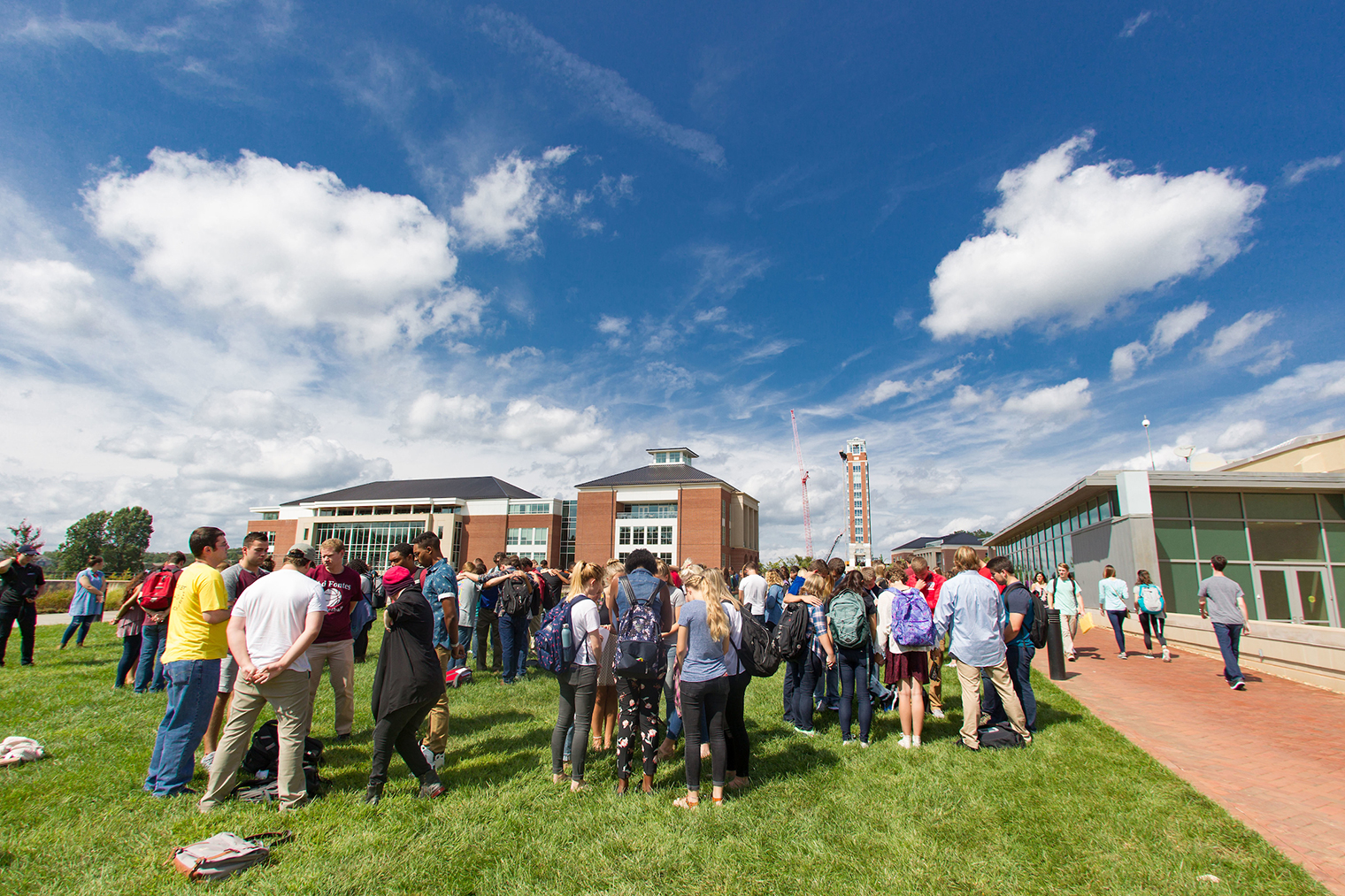 “In the news, you see it from afar,” she said. “But I was there. I had to move my family of eight people. It was crazy. At the time, we didn’t know what we were going to go back to when we drove back to our house. There wasn’t damage to our house. We were so thankful that (Hurricane Matthew) decreased in category, but that taught me so much about life and dealing with a crisis.”

Ellis said that after Matthew, she saw the community rally around her family to help clean up debris in their yard and around their house. Her hope is to turn around and do the same thing for the people of Texas.

“That didn’t compare to Harvey, but from experiencing that I learned so much about how I can turn that around and serve others,” Ellis said. “From this, I hope to learn even more.”

Liberty has shown their support for Texas in other ways. After Wednesday’s Convocation, students gathered on the Academic Lawn to pray for the LU Send Now team and for all those affected by Harvey. Liberty also established the Hurricane Harvey Relief fund; donations can be given online to support the team's efforts and directly aid the people suffering from this tragedy.