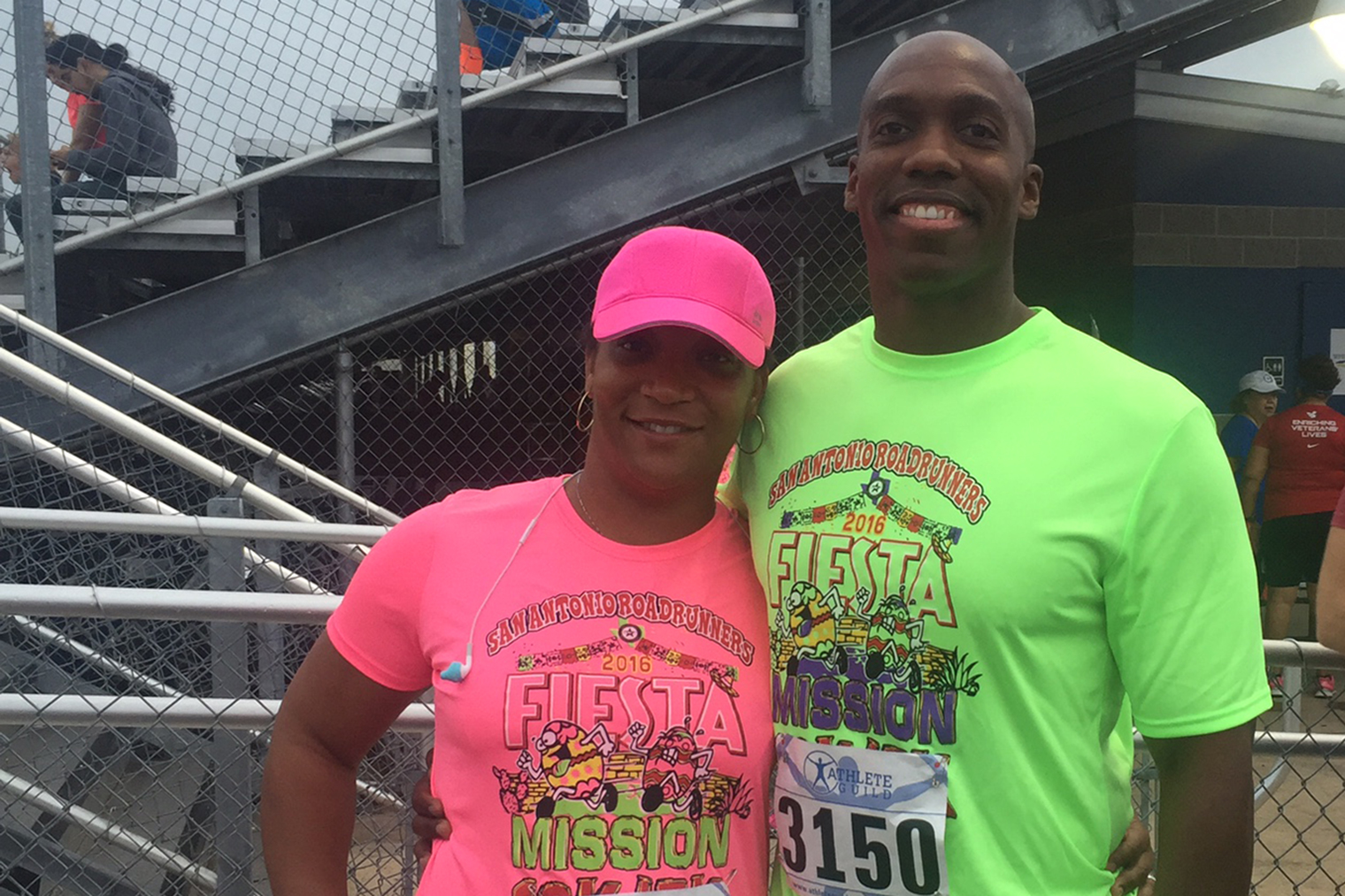 Fifteen years ago, Oneika Brown set two goals to achieve before the end of her career in the U.S. Air Force: earning the rank of master sergeant (E-7) and earning her master’s degree.

In 2014, Brown was promoted to master sergeant.

With a year left before she retires in 2018, after 20 years of service, Brown can now cross the second goal off her list. This May, she finished her Master of Arts in Human Services Counseling: Marriage & Family through Liberty’s online program.

“I have always wanted to help people; it’s my passion,” Brown said. “I feel like empathizing with people is my gift.”

Brown was one of the more than 16,000 online graduates in the Class of 2017, making up 68 percent of the graduating class.

Brown, now 38 and living in San Antonio, Texas, first enlisted in the military two weeks after high school to help pay for a college education. She earned a bachelor’s degree in psychology from Limestone College and immediately set her sights on a master’s degree.

“My husband and I loved the idea of doing marriage ministry,” she said, noting that as a couple they have ministered to friends and loved ones seeking godly advice over the years. “I felt like having my degree in that would just make it official.”

But due to nine deployments, moving from base to base, getting married, and having children, Brown said she was in and out of school for 19 years.

“I always knew in the back of my mind that getting my degree was my ultimate goal, and I was determined to do it,” she said.

When she was ready to enroll again, a coworker suggested Brown look into Liberty’s online program because of its flexibility and how it matched her beliefs.

“I loved that everything was tied back to a Christian worldview,” she said. “Even for the online classes, the professors encouraged us and prayed for us. I still felt like there was a connection, even though I wasn’t in a traditional classroom.”

Brown said Liberty made an impact on her spiritual walk after an admissions counselor offered to pray with her during a phone call.

“I was taken aback at first,” she said. “I thought I misheard them. But I was just so encouraged that someone took time to pray with me. After that, I started carrying around a little notebook in my pocket and asking others how I could pray for them.”

She said her story can be used to encourage other military members and those who desire to pursue a degree mid-career.

“Getting your degree is not a race,” she said. “If you can only take one class at a time, do it. No matter how long it may take, never quit and keep moving forward. I give all the glory to God who kept me through it all and who has allowed me to finish what I set out to accomplish.”

Brown said she is going to miss taking classes, but she’s excited for her future. After her retirement, Brown plans to pursue counseling full time.

“There’s a part of me that’s sad that I won’t be logging into Blackboard anymore,” she said. “But I’m excited to retire next year and go after my passion. I have loved being part of Liberty, and I want to represent them well in my profession.”