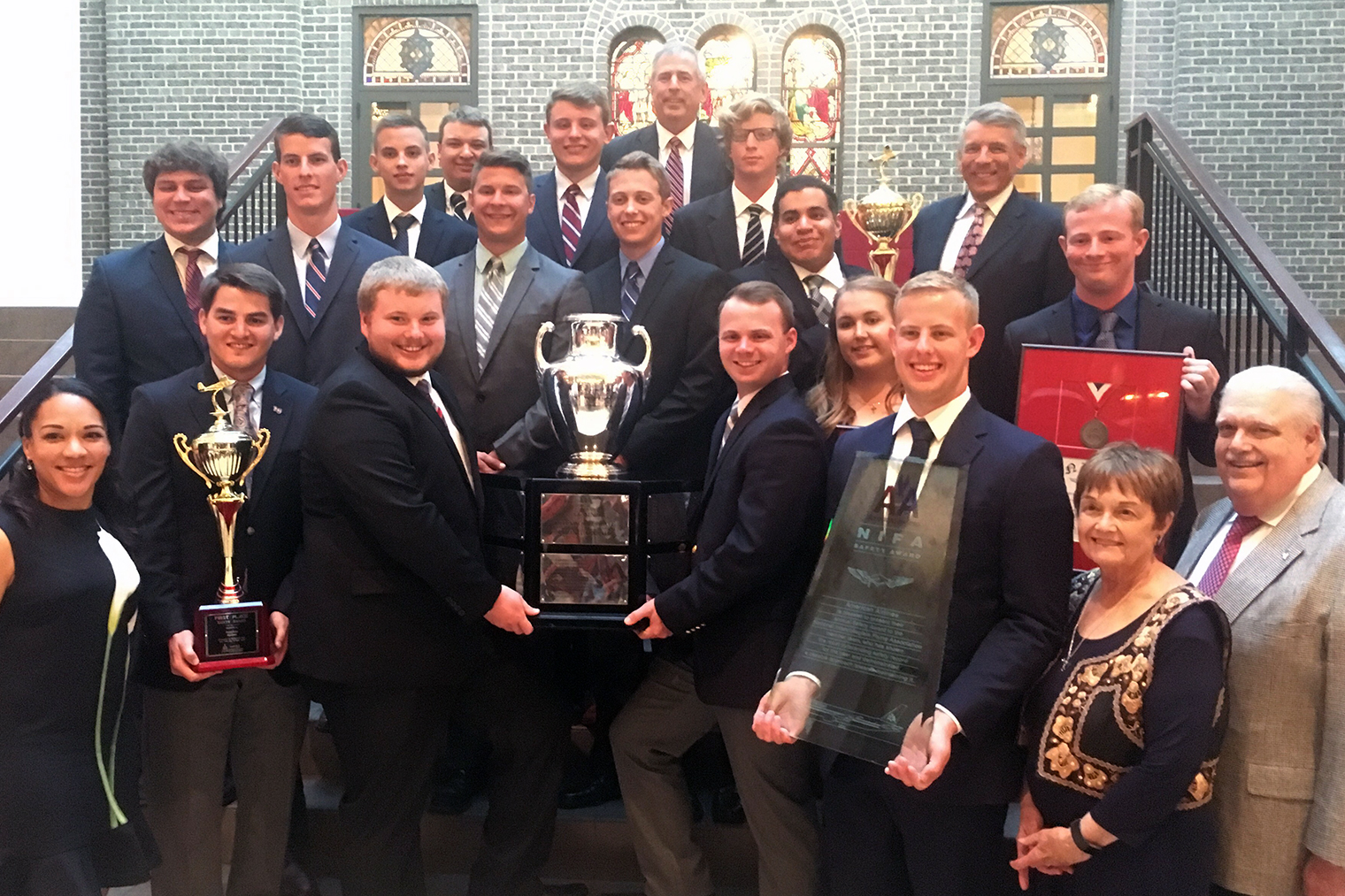 The Liberty University School of Aeronautics NIFA Flight Team was awarded the prestigious Loening Trophy at the conclusion of the 2017 National Intercollegiate Flying Association (NIFA) National SAFECON competition May 9-14. The award is given to the outstanding overall collegiate aviation program. Liberty also won the American Airlines Safety Award for the second year in a row.

“Our team represented Jesus Christ and Liberty University as true Champions for Christ at the competition,” said Tony Cihak, the team’s coach and Liberty’s director of Flight Operations. “The accomplishments of our flight team highlight to the world the amazing talent these young men and women have, showing that students who come to Liberty University come to learn and serve. Their national-level success is a direct reflection of the tremendous support they receive from the Lynchburg local community and Liberty’s leadership. I am blessed and honored beyond belief to have been a part of a truly remarkable group of young aviators who are the leaders of tomorrow in the global aviation community.” 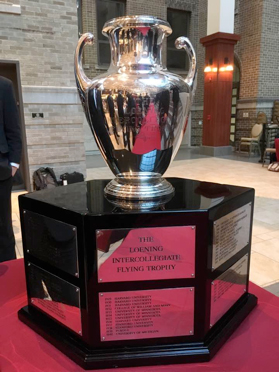 The trophy, pure silver and custom designed by Tiffany, is the oldest award in collegiate aviation. Charles Lindberg and Amelia Earhart were among the judges for the inaugural competition in 1929. Schools are judged on a number of criteria, including competition performance, aviation skills, community involvement, safety, academics, and more.

The National SAFECON competition included a series of ground- and flight-based events such as preflight inspections, navigations, planning a cross-country flight, message drops, and precision landing. Based on overall scoring, Liberty finished 12th out of 27 teams. Individuals from Liberty finished as high as third in events, some of which fielded as many as 100 competitors.