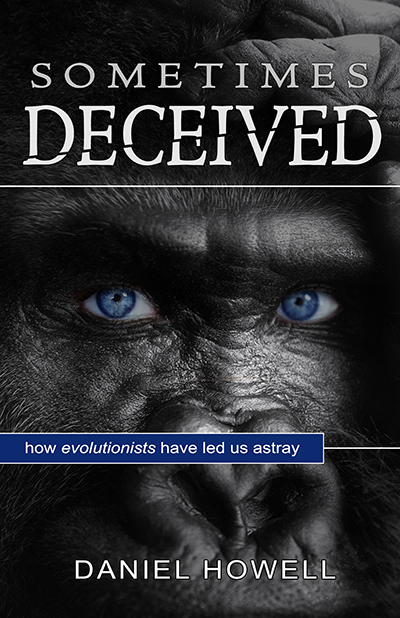 Liberty University Professor of Biology Dr. Daniel Howell, Ph.D., is challenging the widely held notions that evolution is science and creationism is religion in his latest book, “Sometimes Deceived: How Evolutionists Have Led Us Astray.” His book seeks to shed light on the fallacies and deceptions that undergird the world’s theory of our origins and show Christians why they should reject Darwinism and fully embrace creationism with confidence.

He explains that prior to the evolution position, atheists could reject God and the traditional creation story, but they had no replacement. He said Darwin and his colleagues supplied answers as to how life on Earth was started, but “it was nothing less than a full-scale attack on the Judeo-Christian establishment of the Western world.” By crafting a new creation myth for the atheist’s worldview, he explained, Darwin “filled the proverbial vacuum that Nature so abhors, an accomplishment perhaps even bigger than discovering the origin of biological species.”

“Darwinism is not something Christians can blithely dismiss as the folly of a few academics in their Ivory Towers,” Howell writes. “It is the atheistic worldview empowered by the recent invention of its own creation myth. It’s a worldview that now shapes our culture and thus every aspect of our lives.”

Revealing how poor definitions and faulty logic have complicated the origins debate, Howell explains the differences between empirical science and historical science, objective/empirical facts and conceptual/philosophical facts, and correspondent truth and coherent truth.

Howell also argues that firmly understanding the differences between empirical and historical scientific methods is absolutely crucial to rightly interpreting scientific studies on origins and their results. The vast majority of evolutionary scientists do not understand historical science or outright reject it as a creationist’s tool, he said. Using Darwinists’ own words, Howell shows how evolutionists conflate historical science and empirical science (intentionally or not) for the purpose of bolstering the evidence for biological evolution. He contends that virtually all of the evidence for evolution is based on conceptual/philosophical facts that are merely coherent with the Darwinist’s worldview.

“Sometimes Deceived: How Evolutionists Have Led Us Astray” is available online through Amazon and Barnes & Noble.