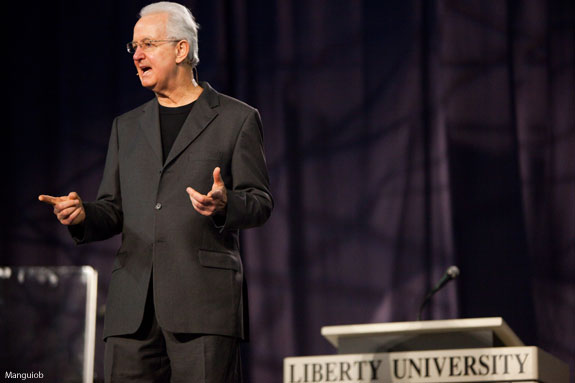 “Obviously we come into this world with different backgrounds, different parents, different DNA, and different opportunities, but leadership skills can be developed, they can be enhanced and they can be increased,” Williams said.

While writing his book “Coaching Your Kids to be Leaders,” Williams, a popular motivational speaker, interviewed more than 800 men and women in leadership positions in order to discern whether leaders are born or created.

“About 85 percent of responders said they are made and developed,” Williams said.

He told the students that if they are willing to work hard and improve themselves, it is possible for them to become excellent leaders.

“Great leaders have a heart for other people,” he said. “You’re not in that leadership position to dominate people, to crush them, to browbeat them, or to manipulate them, you are in that position to serve others.”

Williams has plenty of experience at the leadership helm. He has been the general manager for NBA teams in Chicago, Atlanta, Philadelphia and Orlando. He is the author of more than 55 books and has given motivational speeches to Fortune 500 companies, executives, churches, universities and more. He and his wife, Ruth, are the parents to 19 children, ranging in age from 24 to 37.