Junior Susannah Martin, meanwhile, placed second in the collegiate division of the women's barebow event with a final score of 526, also going to a shootout decided in the fifth round. Freshman Evan Blanthorn took fifth in the men's barebow competition with his final score of 329 and teamed with Martin to earn second place nationally as a mixed barebow team. 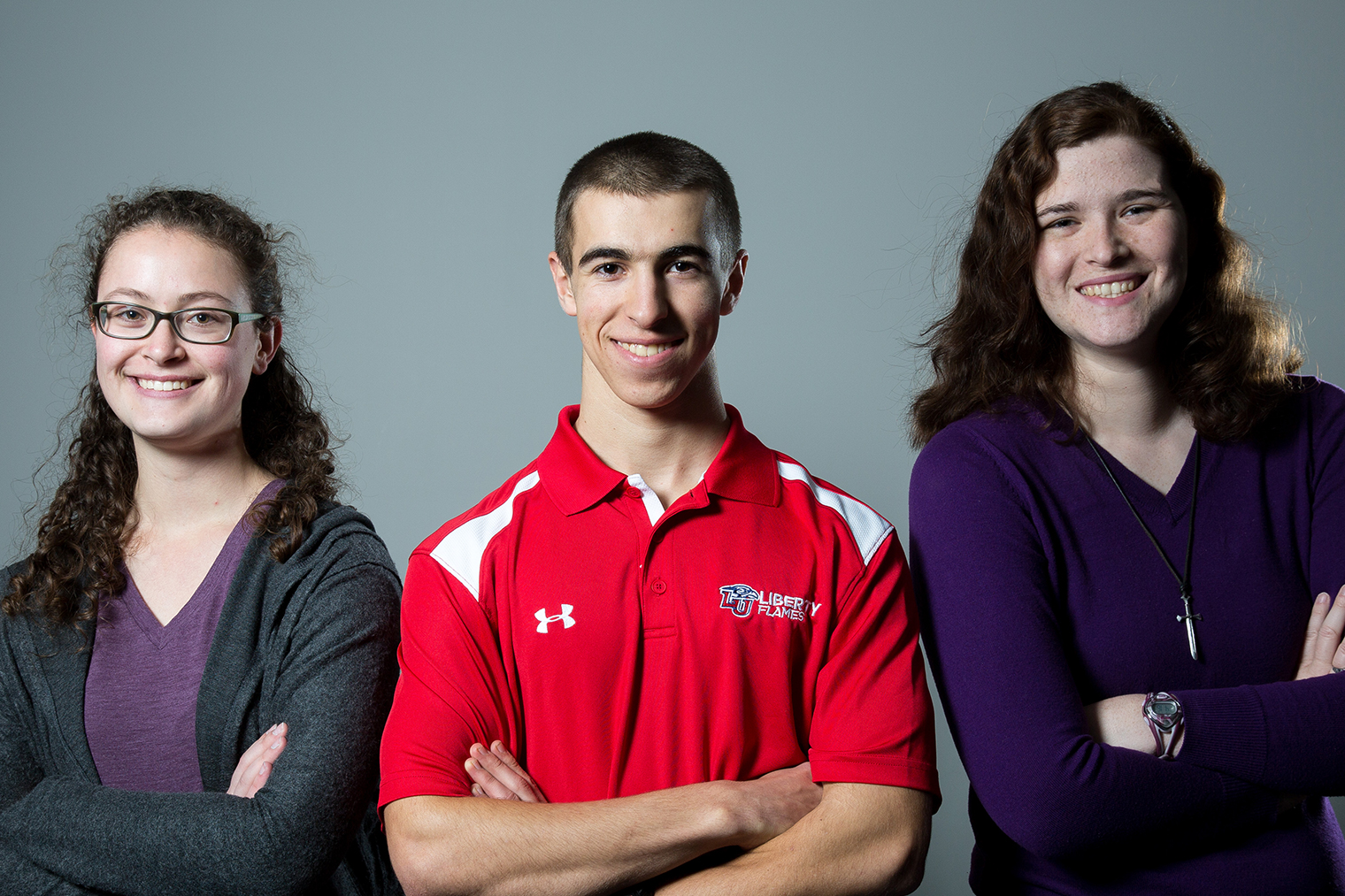 “The biggest archery events of the year are held out in Vegas and we’ll be out there with shooters of all categories from all over the country,” Liberty Head Coach Mitch Reno said. “It’s way bigger than anything we’ve ever done before.”

Sophomore Meredith Dissinger will compete in the women’s collegiate recurve category while freshman Evan Blanthorn and junior Susannah Martin vie for national titles in the men’s and women’s collegiate bare bow divisions. They qualified for the first-year national event based on their performance at the U.S. Collegiate Archery Association (USCA) South Region competition held Jan. 28-29 at the West Kentucky Archery Complex in Madisonville, Ky.

“It’s a once-in-a-lifetime opportunity and we’re really excited about it,” Reno said. “We’d really like to come back with some hardware. That’s always the goal, to shoot for the national championship.”

The Flames have experienced success and growth in recent years, starting with a group of four men’s archers and expanding to a roster of 21 that includes eight women this season. Since 2011, Liberty has captured one team national championship and eight individual national titles.

Dissinger placed first in the Kentucky shoot and her score of 1,018 was the highest in the nation. Last March, as a freshman, she placed 10th nationally in the recurve in her first indoor shoot with the team at the South Region event in Kentucky. The previous fall, she finished fourth at the 3D USIAC Outdoor Nationals in Illinois.

Originally from New Hampshire, she came to Liberty, in part, to continue her archery career in a Christian environment.

“Being able to bring my expertise in the Olympic recurve area down here to where it’s predominantly a compound sport is a huge opportunity for me … and for Liberty, to get integrated into the national culture of archery,” Dissinger said.

“This will be a better opportunity for them to go out to Vegas and shoot better in the medal qualifying and possibly get in the top three,” Reno said. “Bare bow is just a bow, a string, and an arrow. They don’t use any other equipment like a sight or a scope. It’s the way people have been shooting bows for thousands of years.”

But Reno added that the archers have higher goals for this trip.

“Obviously, our goal is to win, but our No. 1 goal is to represent Liberty University and, more importantly, Christ and I think we do that very well,” he said. “We pray before every event and when they shoot, all the archers are in a small group so they have plenty of one-on-one time with the other shooters. Most of the teams we compete against are faith-based schools, but other coaches say there’s something different about the Liberty team, with (the archers’) attitude, witness, and example.”