Former LU president encourages students to be missional in all things

Dozens of flags carried by some of Liberty University's 900 international students decorated the Vines Center for Monday's Convocation as the Parade of Nations kicked off Global Focus Week.

Keeping with the week’s theme, John Borek, president emeritus of Liberty who served from 1997-2003, talked about how far the university has come, but also encouraged students to use their vocations as a mission field.

“All of you are missions students,” Borek said. “We are all called to witness about Jesus Christ.” 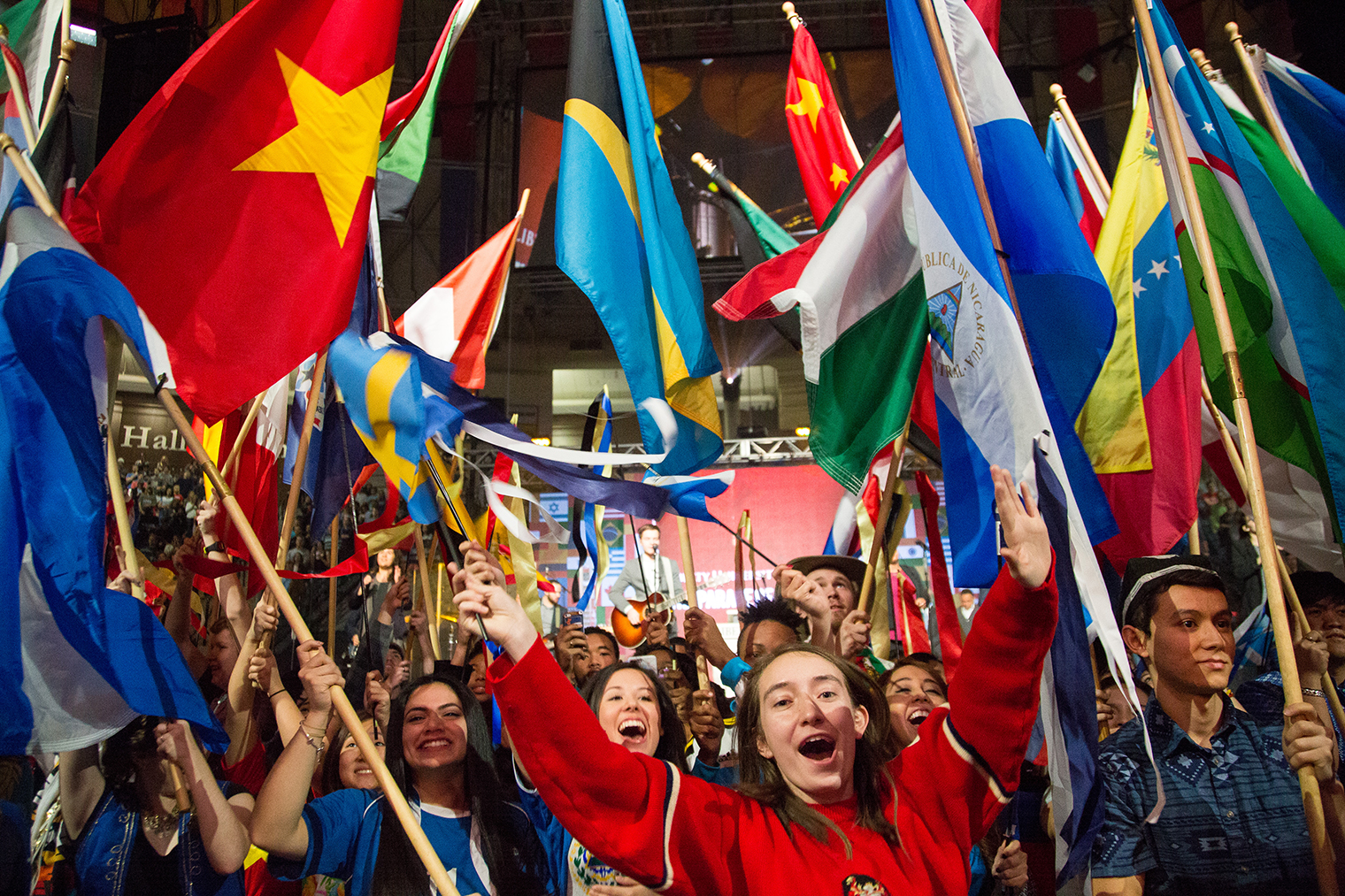 Borek is currently president of the American Leadership Institute and Seminary in Georgia. He was welcomed to the stage by Liberty President Jerry Falwell.

“I can’t say enough about the incredible job he did to improve Liberty academically and financially,” Falwell said. “I wanted you to hear from him because we have some great memories from when times were tough. It’s those times that make you appreciate what Liberty has been blessed with today.”

Borek said that during his time at Liberty he watched Dr. Jerry Falwell talk about his vision for the university.

Borek said that students needed to be like King David — prepare, be called, and have courage. 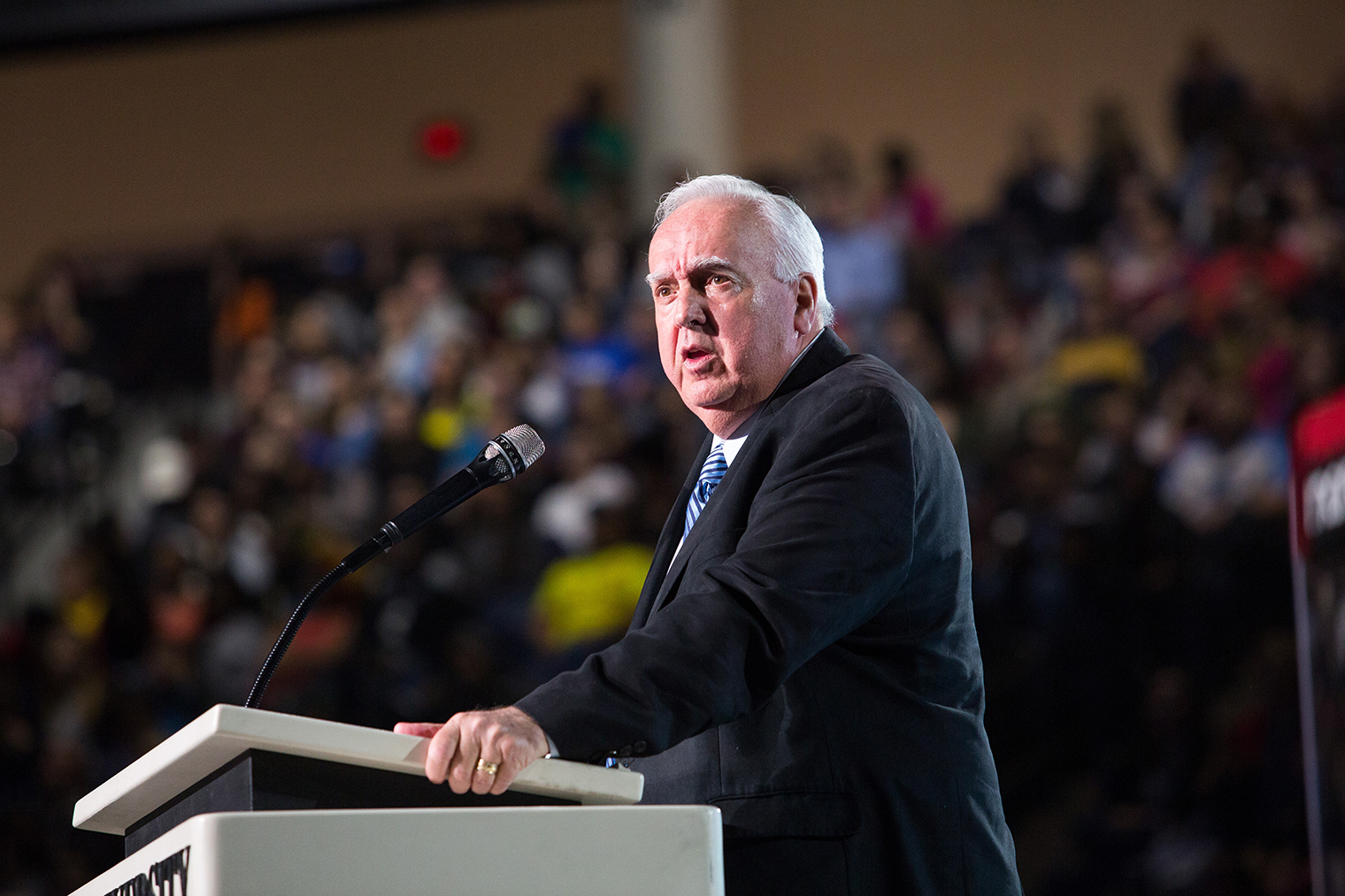 Gillespie talked about how he entered the field of politics and how rejections in his life — not being accepted to his dream college and not being hired to work at his top choice of politician’s offices — were important steps that led him to become the chairman for the Republican National Committee and later a counselor to President George W. Bush.

He read Romans 8:28, saying how God worked everything out for His benefit in the end. 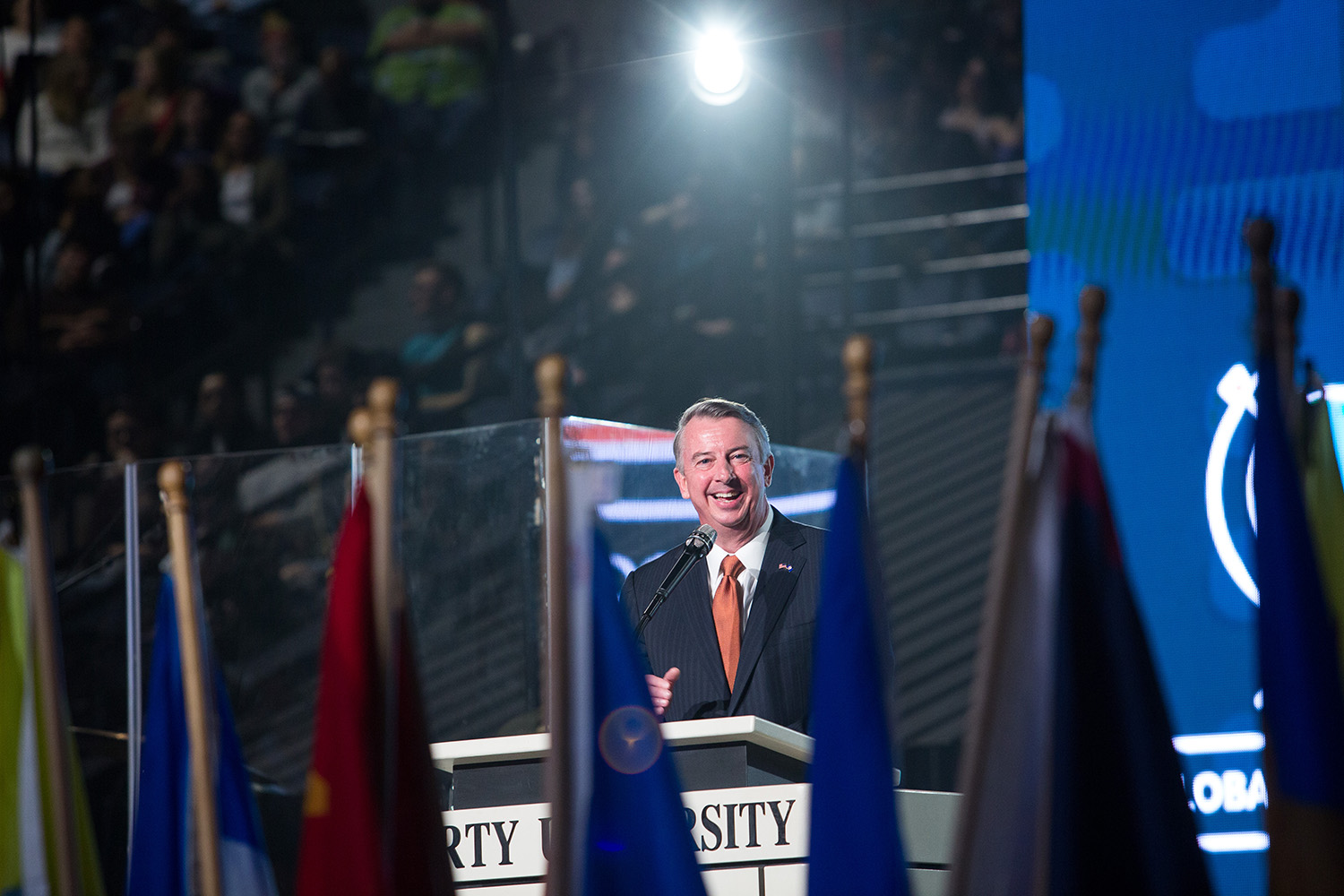 “As it turned out, those feelings of rejection and heartbreak earlier in my life were temporary,” Gillespie said. “And every one of them led to acceptance, love, and fulfillment.”

More than 120 organizations and nonprofits are set up in the Montview Student Union and the Jerry Falwell Library this week to educate students on how they can use their degree to go global. For more details on upcoming events, visit the Global Focus Week webpage.