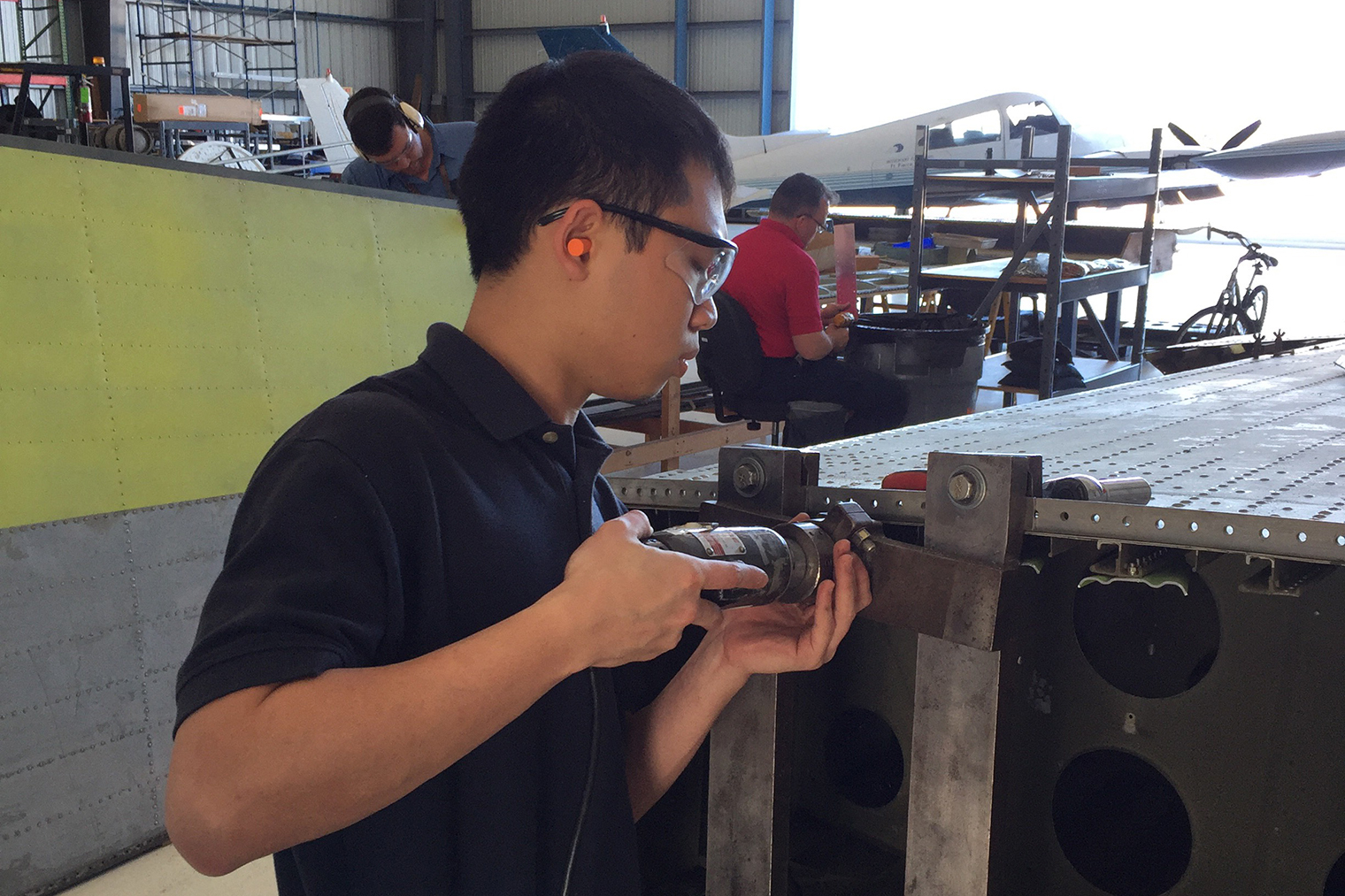 A team of four students and an instructor from the Liberty University School of Aeronautics’ Aviation Maintenance Technician (AMT) program traveled to Florida last week to provide much needed labor to Missionary Flights International (MFI).

From Jan. 9-13, the team worked at MFI headquarters in Ft. Pierce, Fla., to rebuild a spare set of wings for the organization’s two converted turbine engine Douglas DC-3 aircraft. The organization serves more than 450 mission organizations in the Caribbean, providing air transport for passengers and cargo in and out of the region.

The new set of wings will help reduce disruptions to MFI’s operations. It is common for outer wings to accrue problems through regular wear and tear. A major wing inspection and rebuild could take days or even weeks, so the spare set will get planes back in the air faster. 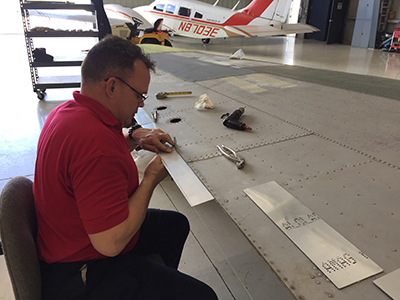 “The School of Aeronautics team was blessed to be able to use skills they had obtained as AMT students and are humbled that they could serve in such a capacity to further the Gospel,” said AMT instructor Ron Taylor, who went on the trip. “Equally, MFI was blessed with the completion of a project they were not staffed for.”

Each student on Liberty’s team is working on a Bachelor of Science in Aviation Maintenance and has already completed the one-year AMT program, which leads to Federal Aviation Administration licensure.

This is the second service trip Liberty has taken to MFI headquarters. Senior Haram Yu enjoyed his experience last year so much that he signed up to go again this year. (In addition to Taylor and Yu, the other three team members were John Caldwell, Isaac Chong, and Tony Cihak.)

“My favorite aspect was being able to use my time and the skills that I have been given to help an organization which is devoted to furthering the Kingdom of God,” Yu said. “We were able to accomplish much work that needed to be done.”

After he graduates in May, Yu hopes to work in corporate aviation maintenance or for an airline. The trip was a perfect opportunity to sharpen his skills.

“Any experience that I can get around aircraft is beneficial for my career as an aviation maintenance technician,” he said. “The little bits of knowledge we gain here and there from working on aircraft are very valuable to us and our future success in the aviation industry.”

But the trip helped Yu gain more than experience. It also helped him see how his work can have a bigger impact.

“It is just awesome to see what they do down there,” he said. “It encourages me and reminds me to focus on God with all my heart and mind. It was such an awesome feeling that we were able to be a little part of the work they do at MFI.”

MFI plans to add a third aircraft to its fleet and extend its impact into Central America. Liberty plans to continue serving the organization in the future.