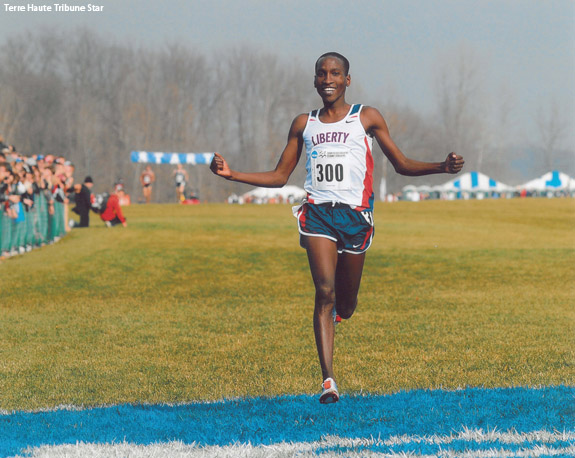 For the fifth year in a row, a Liberty University athlete has captured the Big South conference’s most prestigious title: athlete of the year. Distance runner and two-time national champion Sam Chelanga was voted the Big South Conference Howard Bagwell Male Student-Athlete of the Year for the 2009-10 season.

This is the second year in a row that Chelanga has received this award. Former Liberty distance runner, Josh McDougal, received the same award for the three years prior to that (2005-2007).

The nine-time All-American will return to Liberty this fall for one more season of running. Read more about Chelanga’s award on the Liberty Flames website.