Life at Liberty University is colored by a broad palette of artistic expression, from studio and digital art to theatre, music, and film. In addition to a number of guest artists — including prolific musicians like Switchfoot, Relient K, and NEEDTOBREATHE and an exhibition from acclaimed Christian visual artist Sandra Bowden — students also have the opportunity to experience the talents of their peers this semester.

Below are some ways to experience culture on campus this fall. More events — including poetry and literary readings of original works by English students and smaller cabarets and stage readings from theatre majors — will be scheduled as the semester gets underway and will be promoted across campus and social media.

Liberty’s Department of Theatre Arts has two main stage academic performances (“Over the River & Through the Woods” and “Guys & Dolls”) in the Tower Theater this fall, featuring all student talent. There is also a production from Alluvion Stage Company, Liberty’s professional theatre company (the Virginia premiere of Disney’s “The Hunchback of Notre Dame”), which will feature professionals, including some Liberty alumni, working alongside students onstage. A workshop performance (“Quilters”) is also planned, which gives underclassmen a chance to shine. Other workshops, cabarets, and stage readings will take place in smaller settings and be announced as they are scheduled.

According to Linda Nell Cooper, chair of the theatre department, the shows are diverse and highlight different aspects of musical and dramatic talent. Thematically, “The Hunchback of Notre Dame” and “Quilters” are heavier, while “Guys & Dolls” and “Over the River & Through the Woods” are light and family friendly. The two academic shows will give students a chance to showcase various accents. “Guys & Dolls” is very physically demanding, with dance and acrobatics on display, and “The Hunchback of Notre Dame” is vocally challenging and showcases classical music training. The latter is also the largest ensemble Liberty has ever gathered, with nearly 100 in the cast and crew. “Quilters” is smaller in scale but has seven actresses who never leave the stage, and each play a number of characters (50 in total).

The Department of Theatre Arts will also air its latest Playhouse of the Airwaves radio drama — written and voiced by students — this semester on 90.9 FM The Light, Liberty’s student-run radio station. The air dates have not been announced yet, visit Liberty.edu/TheLight for current programming information. 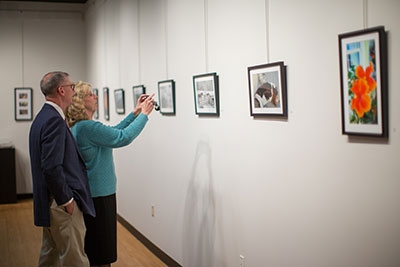 The Liberty University Art Gallery, located in Green Hall, Room 1855, will kick off the semester with an exhibition from Sandra Bowden, considered one of the most unique and inspiring Christian artists in the country. Her “Reflections of Glory” celebrates the visual history of the church with encaustic (wax-based) paintings, books, and drawings. Following a forum in the Hancock Welcome Center on Sept. 7 from 5-6:30 p.m., and an artist’s reception and opening from 6-8:30 p.m. the following day in the Art Gallery, Bowden’s work will be on display through Oct. 16.

Students in Liberty’s Department of Studio & Digital Arts will also have the opportunity to display their works with both a digital and studio arts juried competition. The former will begin on Oct. 20 and the latter on Nov. 10.

The Liberty University Art Gallery is free and open to the public. Visit Liberty.edu/ArtGallery for current hours and exhibition information.

Liberty’s Cinematic Arts, Zaki Gordon Center will host its annual Premiere Weekend film festival Sept. 15-17. The festival will include the theatrical premiere of the 2016 International Christian Film Festival Best Screenplay winning “God’s Compass,” which is the third feature film produced in cooperation with the Cinematic Arts Department at Liberty. In addition to other feature films like “Texas Reign,” the festival will include screenings of short films written, directed, and produced by cinematic arts students. Student short films will be shown on the first two days of the festival in Green Hall. The full schedule will be released on Liberty’s website soon. 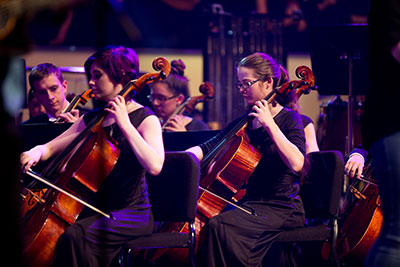 Students can look forward to a diverse variety of musical performances throughout the semester, from rock ‘n’ roll to hip hop, worship, jazz, and classical.

The School of Music looks forward to opening its 1,600-seat fine arts concert hall in September, and will showcase diverse musical styles during the first College For A Weekend (CFAW) event, Sept. 22-25. Throughout the semester the school will host faculty artists, guest artists, ensemble performances, and student recitals. The annual Christmas on the Boulevard, taking place in the concert hall Dec. 5-10, will be the musical highlight of the semester.

The full semester schedule is yet to be announced, but will be posted on the School of Music webpage.

In addition to a number of concerts by marquee artists, Student Activities will host three student concerts, as well as four Open Mic Nights, for Liberty’s budding performers. As always, the biannual Coffeehouse will be one of the largest and most anticipated events of the semester with a variety of student acts, from videos to music and dance performances. 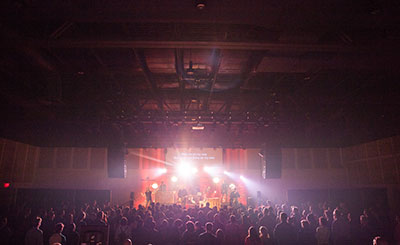 (All events take place in the LaHaye Event Space unless otherwise noted.)