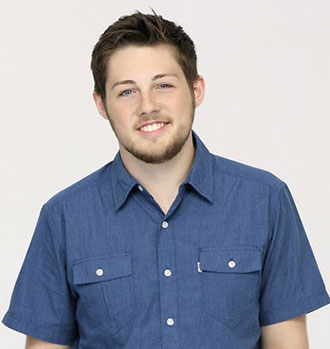 French, a worship pastor at Journey Church in Tifton, Ga., beat competitor Audrey Kate Geiger in an audience vote in round two of the finale. In the last round, his cover of “Bless the Broken Road” earned 61 percent positive votes, yet finalist Jesse Kinch secured the top spot, winning the competition.

Prior to “Rising Star,” French had pursued opportunities with NBC’s “The Voice” and ABC’s “Duets,” but neither panned out. Soon thereafter, another door closed with Liberty’s ministry teams, leading French to wonder what God had planned next for his life. In faith, French took his full-time position with Journey Church and met his future wife, Joscelyn, whom he married earlier this month.

After three years with Journey Church, when a former producer from “The Voice” contacted him about ABC’s new show, French knew God was opening a door for more than just a musical opportunity — this was a true ministry opportunity.

“I was really reluctant to accept, but realizing this was an opportunity from God and with much prayer, I went to audition,” French said. “I was determined to stay true and connected as a Bible-believing lover of Jesus, and that is what I did. I wanted to share hope with the hopeless and the message of truth with those who were searching. That's what I got to do.”

French grew up in a music-loving family and learned to play guitar, bass, drums, and piano while developing a passion for singing and songwriting. But even after his success on “Rising Star,” French views his music as secondary to his faith.

“In my life, my aspiration is not to be a music star, but to be the hands and feet of Jesus, and if that includes making music professionally, then so be it,” he said. “But I know my top priority and where my heart is. My degree from Liberty is equipping me to do this.”

On “Rising Star” he was known for his unbroken cheerful demeanor, which French said the Lord used to open doors for him to share Christ while competing on the show.

“The question I got constantly was, ‘Why do you smile so much?’ My answer, ‘I have a Savior who knows all of me and gave everything so that I may know Him and be saved by Him. What do I have to frown about?” French said.

Following his performance of Alicia Keys’ “If I Ain’t Got You” in week nine of the show, French received a “Yes” from all three judges, 81 percent of voter support from the East, and 78 percent from the West, earning him and three other performers a spot in the finale.

“Rising Star” involves viewer participation, allowing voters to swipe “Yes” or “No” on their phones within 90 seconds of a performance. If the contestant earns 70 percent of the vote, they will advance to the next round. Performers with less than 70 percent favorable votes are sent home automatically.

Although French lost the final round, he remains confident God had His hand in the experience. French posted a photo showing the four top contestants huddled up for prayer in the greenroom before the finale, “letting God take control.”

“My heart is so full when I think of the people and conversations that I had during the show,” French said. “I know that my purpose for being there was to share the Gospel and then to sing on the side, and that’s what I did. It was such an incredible experience, and I wouldn’t trade it. God moved in national television, and I am so humbled and grateful he used me to do it.”