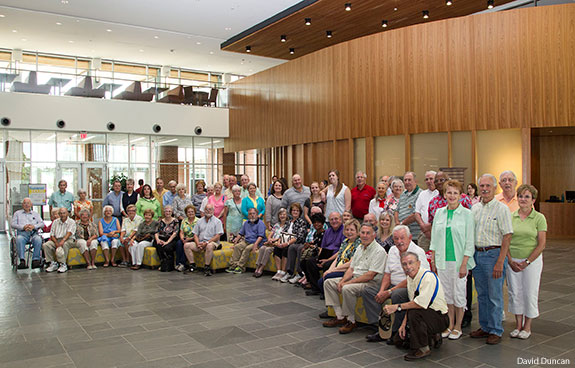 The group of about 60 visited several campus landmarks, including the expansive Jerry Falwell Library. Many in the group are longtime supporters of Liberty and contributed to the library, purchasing commemorative bricks, which are now displayed outside the building.

While at the library, the group received a special visit from President Jerry Falwell, who updated them on the university’s $500 million campus rebuilding, which is currently underway.