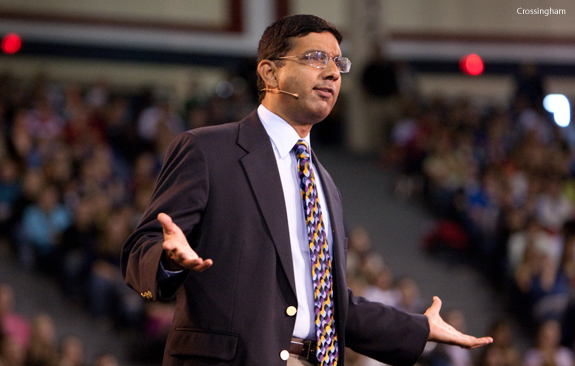 D’Souza, who at age 26 served as a policy analyst in the Ronald Reagan White House and has been named by "New York Times Magazine" as one of America's most influential conservative thinkers, said his first trip to Liberty was 25 years ago when he was writing for a secular market and researching the late Dr. Jerry Falwell and the Moral Majority. Now he lectures on university campuses and has done several debates with leading atheists. He also speaks to business groups, civic groups, and churches across the country.

On Wednesday, D’Souza armed students with “a Christian bulletproof vest” they will need to face atheists’ arguments. He referenced 1 Peter 3:15: “Always be ready to give a defense to everyone who asks you a reason for the hope that is in you.” 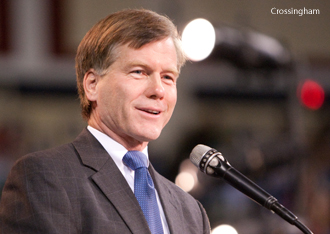 Also at Wednesday’s convocation was Bob McDonnell, Republican candidate for governor in Virginia.

McDonnell introduced students to key points in his platform, such as promoting free enterprise, creating higher education opportunities and protecting the sanctity of marriage. He also discussed the current economic situation and how he plans to help students succeed upon graduation.

“I’ve made the centerpiece of my campaign so far promoting jobs and economic development,” McDonnell said. “We should have a system at the state level to encourage the free enterprise and private sector to be able to grow to allow people to use their God-given talents to create more opportunity.”

McDonnell encouraged students to use their rights and vote on Nov. 3.
Candidates for upcoming elections, from all parties, are regularly invited to Liberty University to speak.