Since launching in November 2019, the Falkirk Center for Faith and Liberty at Liberty University has struck a loud chord with Christian conservatives as a sounding board for topics of faith and freedom.

In its first year, the nonprofit conservative think tank has amassed nearly 165,000 followers across its social media platforms, hosted three live-broadcasted summits — which garnered over 1 million views — built a team of fellows and ambassadors, and collaborated with some of the most prominent conservative influencers to engage and impact the culture.

“I’ve been very encouraged this year, because our message is being embraced,” said Ryan Helfenbein, the center’s executive director. “To keep freedom, we must steward it responsibly. … I see Liberty University as the greatest Christian university in the world. As we move forward, I have the vision of Dr. Jerry Falwell in mind. What would our founder think of the Falkirk Center? I think he would be proud of it.”

“The relationships made this year have been an incredible blessing,” Helfenbein said. “Because of those relationships, and because of our shared love for the Gospel and cultural engagement, our message is being heard around the nation.”

The center has produced content regularly through articles and podcasts. Recently, former New York City Mayor and the President’s attorney, Rudy Giuliani, was featured on the Falkirk Podcast to speak on the 2020 presidential election results.

Other guests on the Falkirk Podcast include founder and CEO of Answers in Genesis Ken Ham, conservative commentator Allie Beth Stuckey, Pastor John MacArthur, and many more. Podcasts can be streamed on Spotify, Apple Podcasts, and at falkirkcenter.com.

“The Falkirk Center fills a need deeply felt during this time of increasing wokeness and social justice inside the church, calling Christians and pastors to return to the true doctrine of God’s Word,” said Grant May, one of a growing number of Falkirk Center ambassadors from across the country. “The center has inspired and encouraged me during the rising fad of cultural Christianity to truly dive into the Word and remember what Christ’s commands for the Church were, not modern-day pastors’ advice on how to be culturally relevant.”

For many Liberty parents, the center has demonstrated the university’s strong opposition to progressive ideals, which are seeping into the pulpit and many Christian colleges and universities nationwide.

“As a parent of a Liberty student and a member of Thomas Road Baptist Church, I am encouraged by the Falkirk Center’s unwavering stand for the Gospel and for biblical truth in the cultural sphere,” said Stephanie Reed. “Liberty was founded on Dr. Jerry Falwell’s vision of Training Champions for Christ. The Falkirk Center is doing its part not only in public engagement, but also drawing attention to leftist thinking that is attacking the Church.”

“The Falkirk Center is the premier think tank for conservative evangelicals aiming for freedom in our faith,” added alumnus Jeremy Roberts (’05, ’07, ’09) who served as the Student Body President for 2004-05. “If the Falkirk Center were publicly traded, I would be a major shareholder. This sui generis conglomeration of theological thinkers and political pacesetters has led to the development of this visionary organization that is the Falkirk Center.”

For Liberty parent Tim Lilley, who attended the Faith Summit in September, the Falkirk Center is a critical component of Liberty’s founding.

“I first heard about the Falkirk Center last Spring from my daughter, who is a current student at Liberty University,” he said. “I believe the Falkirk Center is not just promoting political ideas, but reigniting the vision of Dr. Jerry Falwell, Sr. that called churches into the public sphere. The center is a voice for Liberty and the Gospel.”

Jasen Cassidy, a parent of an incoming freshman, said he was encouraged that the Falkirk Center has been addressing the cultural climate from a biblical worldview, and that many universities around the nation — while “Christian” in name — are gravitating further away from their original purpose.

“Liberalism has destroyed many once great colleges and universities in America,” he said. “As a parent of an incoming freshman at Liberty, and a supporter of the Falkirk Center, I am concerned for the future of freedom and religious liberty in America. I believe the Falkirk Center understands the times and what’s at stake in the cultural fight for the preservation of freedom and is a helpful voice of courage for pastors, not just politicians.”

Abstaining from the public square is a growing consensus in many churches, but the Falkirk Center holds the opposite view. Being salt and light, as instructed to Christians in Matthew 5, requires political and social involvement.

“I am so thankful for Liberty University and the work of the Falkirk Center,” said Texas Pastor Jack Graham. “Christians are to be first and foremost Gospel centered — nothing can happen without spiritual transformation. Secondly, Christians must engage the cultural battlefield and not abdicate responsibility in the public sphere. The Falkirk Center is doing just that.”

In the spring, when many overreaching government restrictions related to COVID-19 were put in place, the center jumped into action to encourage Christians to stand firm.

While abortion clinics, liquor stores, strip clubs, and casinos remained open under the banner of “essential businesses,” churches were deemed too dangerous. The Falkirk Center has consistently encouraged churches and pastors to defy these lockdown orders, saying the Church has a moral obligation to worship in person regularly.

“There are a lot of disobedient churches right now,” said Helfenbein, referring to pastors who have removed in-person worship from their agenda. “There is a God-given right and responsibility given to the Church, and many churches are failing to live up to that.” 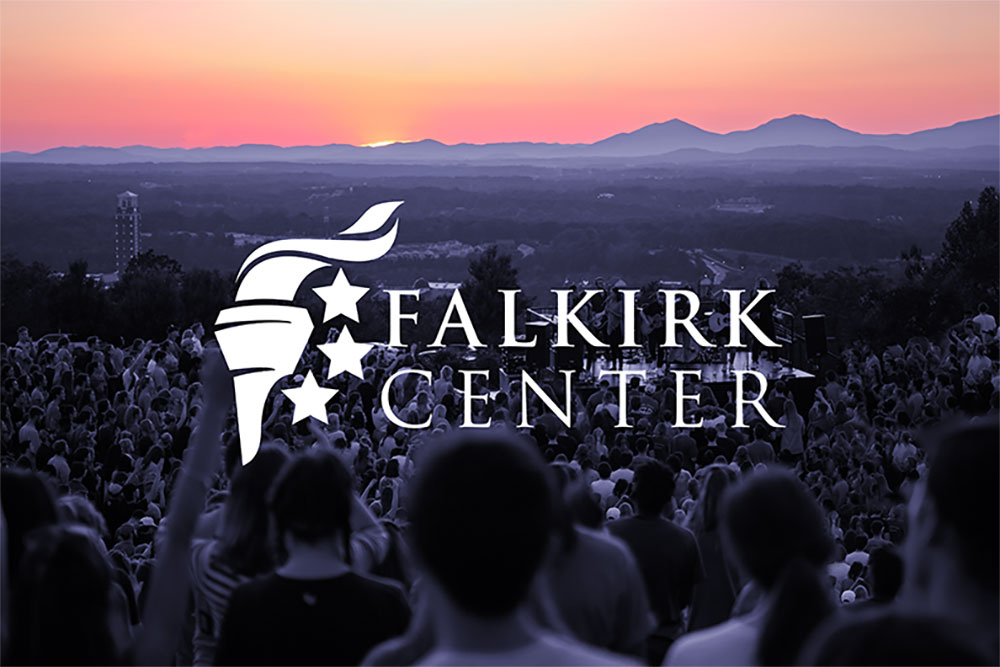 The #ChurchIsEssential campaign, endorsed by MacArthur and other pastors across the nation who have civilly disobeyed government restrictions, collected over 10,000 signatures on a petition to reopen churches. MacArthur’s campaign video, powered by the Falkirk Center and Grace Community Church, was shared by thousands and seen by millions.

“I don’t care what the winds of wokeism tell us,” Helfenbein said. “We don’t just want to be an organization that barks; we want to be an organization that bites. We mean what we say. We say what we mean. We want Christians to do the same. We aren’t posturing in such a way to be seen as right by the world. If the decision is right but unpopular, we’re still going to do what’s right in the sight of God, regardless of whether it is politically correct.” 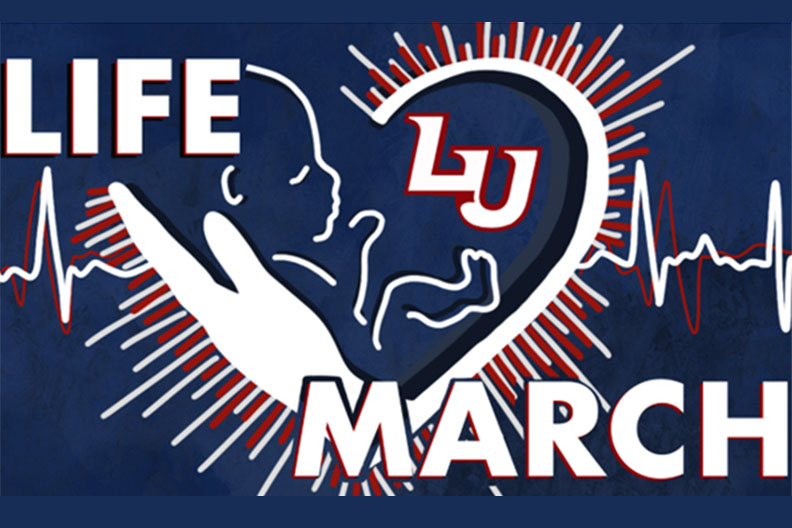 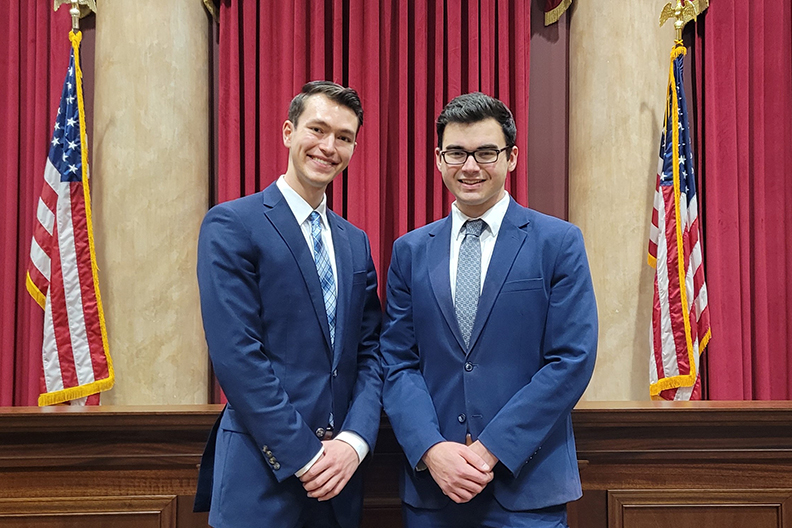