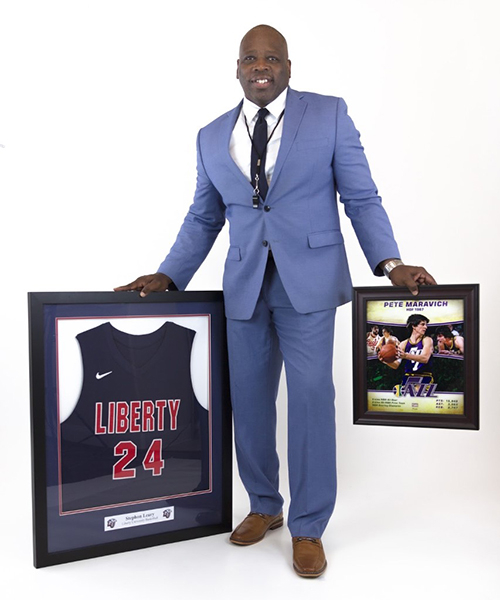 The young teenager from Houston, Texas, sat in the audience at a youth basketball camp in Florida on June 18, 1986, with tears streaming down his face, captivated by the testimony of a former professional basketball player whose story was remarkably similar to his own.

As NBA legend “Pistol Pete” Maravich spoke about how poor character had once almost ruined his life when he was young, 17-year-old Stephon Leary (’92) could relate.

“I went to the camp as an inner-city kid who was rough around the edges,” Leary said.

But Leary excelled at basketball. Maravich had taken him to lunch earlier that day, and Leary was sure he was going to receive some good news about his standout performance at the camp.

“I thought it was going to be the best day ever, but it turned out to be the worst day ever — at that point in my life,” Leary said. “Maravich told me that I was a great player and, while there was great potential for me, he was not going to give me the camp MVP award.”

Although Maravich acknowledged that Leary was his most gifted athlete there, he told him his negative attitude and poor character did not fit the award.

“In that moment I was devastated and angry,” Leary said.

Then, that evening, Leary went to the camp’s closeout session, heard Maravich’s testimony, and surrendered his life to follow the Lord. When Leary returned home to his mother’s two-bedroom apartment in inner city Houston where he lived with his six siblings, he found himself viewing his life and future through God’s lens instead of his own.

“I began to see life in a way that I had never seen it,” he said. “It was like the veil over my eyes had been removed, and I began to think that I could become successful and that God did have a purpose for my life.”

Leary was playing for Madison High School in Houston, one of the most talented high school basketball programs in Texas, when a coach for Houston Christian Preparatory asked him if he would be interested in playing his senior season with them. Interested by the offer, Leary decided to attend an early-morning prayer meeting at the school the next week. After the event ended, a lady approached him, inquired about his life, and said she sensed God leading her to offer her family’s home as a place for him to live.

“It was in that moment that God showed me what true love was all about,” Leary said. “The love of God and the love of Christ.”

The family adopted Leary due to his difficult family living situation and joyfully welcomed him into their family.

“That changed my life,” Leary said. “I experienced a love like no other, and at that moment my life kind of turned into the movie ‘The Blind Side’ as I was a black kid adopted by a white family.”

Leary’s adopted family gave him a newfound sense of motivation and inspiration.

“They taught me so much about how to be the man that I have become,” he said. “I went from a below-average student in the inner city to a 4.0 student my senior year.”

Leary sought the counsel of his new mentor, Maravich, who told him that if he could do it all over again, he would attend a Christian university.

“So, sight unseen and not even knowing what Liberty was all about, I committed to Liberty,” Leary said.

The talented young star started on the court as a freshman for the Flames in 1987 while majoring in psychology and human services counseling.

His collegiate career did not go as planned; he battled multiple injuries over the next three years and had to leave the roster to serve as a student coach in his final year.

Though it was disappointing to stop playing the sport he loved, Leary said he kept upbeat.

“I think this was the beginning of me discovering my calling,” Leary said.

Following graduation in 1992, Leary went home to Houston, where he worked on his former high school’s athletics staff.

Ten years later, Leary returned to Liberty as a recruiting coach for the men’s basketball team and played a crucial role in helping the Flames build a talented roster for their 2004 season, culminating in an NCAA Division I Men’s Basketball Tournament appearance.

His success with the Flames led to a Division II head coaching offer from Palm Beach Atlantic University in 2005, where he coached for two years before becoming the first head coach at Texas A&M International in Laredo, Texas.

After working from 2008-2010 as an NBA agent and trainer, Leary’s next endeavor was helping to start The Shooting Stars AAU program in 2011, in Houston, which serves middle school and high school boys and girls who aim to improve their basketball skills as they strive to reach collegiate basketball. Shooting Stars strives to teach youth that success in life starts with having integrity and strong character in daily living. Leary continues to oversee the program.

“Over the course of my journey, I’m most proud of the impact that I was able to have on young people where I’ve been able to inspire and help them come to know Christ and find their purpose in who Christ has made them to be,” Leary said.

While working with Shooting Stars, Leary also had a unique experience that once again brought him back to his alma mater. For the past several years, Leary has been experimenting with a boot called the XXcelerator that he designed for athletes to wear while rehabilitating from injury. He needed the help of engineers to build a prototype and help turn his invention into a reality, so he contacted Liberty’s School of Engineering. With the help of students and faculty, his design, the XXcelerator Training and Rehabilitation Shoe, is now patented.

“I am very appreciative for the role and the part that Liberty University has played in my life and is continuing to play,” Leary said. “I’m excited about the opportunity to continue our collaboration and partnership on the possibilities of this training and rehabilitation shoe, being the first of its kind to ever be invented.”

He has also recently added author to his impressive résumé with his book “They Call Me Coach,” which details his life’s journey. Leary’s book can be purchased on Amazon or at Barnes & Noble. 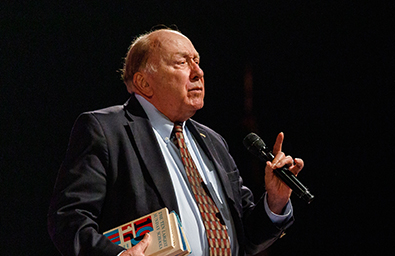 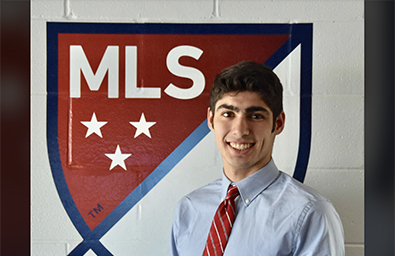 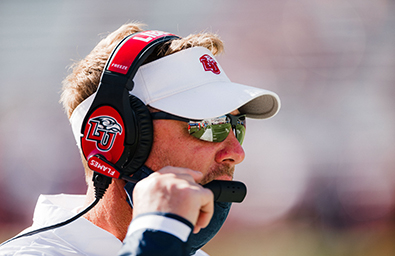