Upon their return to campus for the first week of Convocation in the Spring 2020 semester, Liberty University students were introduced to the newly formed Falkirk Center for Faith and Liberty on Wednesday and continued the conversation during Convo Select on Thursday.

The think tank, founded by Liberty President Jerry Falwell and Turning Point USA President Charlie Kirk, was launched in December 2019. The two events this week were designed to explain the mission and purpose to students, which is to promote and encourage the defense of the Christian faith and foundational liberties that the United States was founded upon.

“We are here today because we are Christians who believe our culture is in crisis and that young Christians in particular are faced with confusion and conflicting messages of how to interact in our country’s cultural conversations,” Kirk said. “First and foremost, we proclaim the truth of Jesus Christ and the Gospel, and secondarily we talk about how that intersects with (America’s) founding principles.”

Falwell expanded on this idea of connecting traditional values with younger generations, like those in the audience, by saying that the goal of Falkirk is to hold on to the truths regarding America and Jesus that were once more accepted in the field of education. 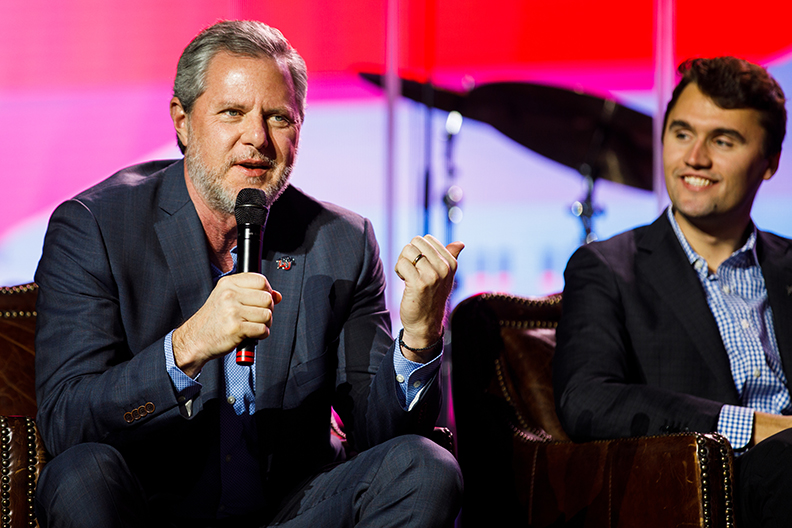 “The Falkirk Center is a public service to re-educate not just young people (who) have not been taught American history in public schools, they have not been taught the truth about Jesus Christ,” Falwell said. “Our goal is to make that information available to everybody, and to sort of go back to the fundamentals, the basics.”

Falwell and Kirk were joined onstage for a panel with some of the Falkirk Center’s fellows, a group Kirk described as “an elite team of influencers and authors who are going to be talking about these principles in the public arena and digital space.” The guests included radio host David Harris Jr., senior legal advisor to Team Trump Jenna Ellis, national spokesperson for Gun Owners of America Antonia Okafor Cover, documentary filmmaker Jaco Booyens, and entrepreneur and Liberty graduate Erika Frantzve.

The fellows hope that by expressing their deeply rooted Christian faith via social media and other forms of public social interaction that they can impact today’s culture, which they see headed in an opposite direction to what God’s Word outlines. Ryan Helfenbein, the executive director of the Falkirk Center, said that the center wants to spread the Gospel in the increasingly confusing culture of America. 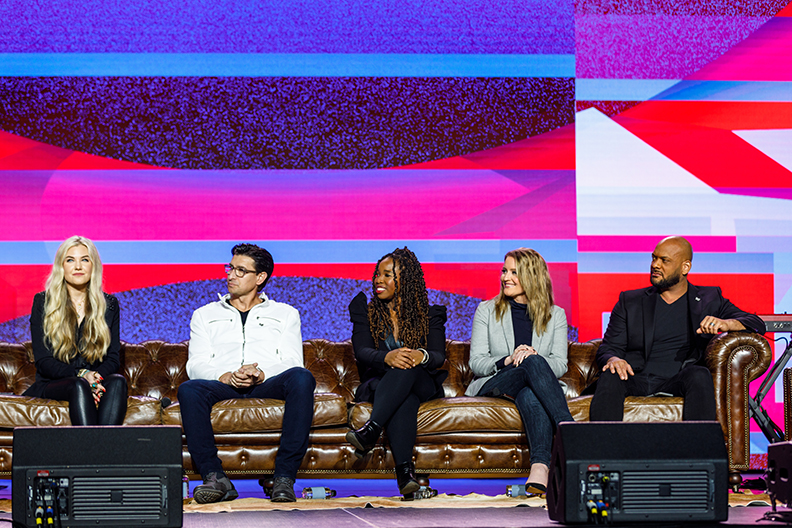 “We are authentically Christian and authentically engaged in the challenges that are in the culture today,” Helfenbein said. “The world is constantly messaging and discipling with its own methods, and we have to speak unashamedly about the Gospel of the Lord into the public sphere.”

Helfenbein cited 1 Peter 3:15, “Set apart Christ as Lord, be prepared to give an answer for the hope that is in you with a posture of reverence and respect,” as an example of the manner in which the Falkirk Center desires to engage with the public.

Wednesday’s Convocation concluded with a brief conversation with Dr. Robert Epstein and Kevin Freeman about the potentially harmful outcomes of search engines prioritizing results and skewing available information in relation to politics or social issues. 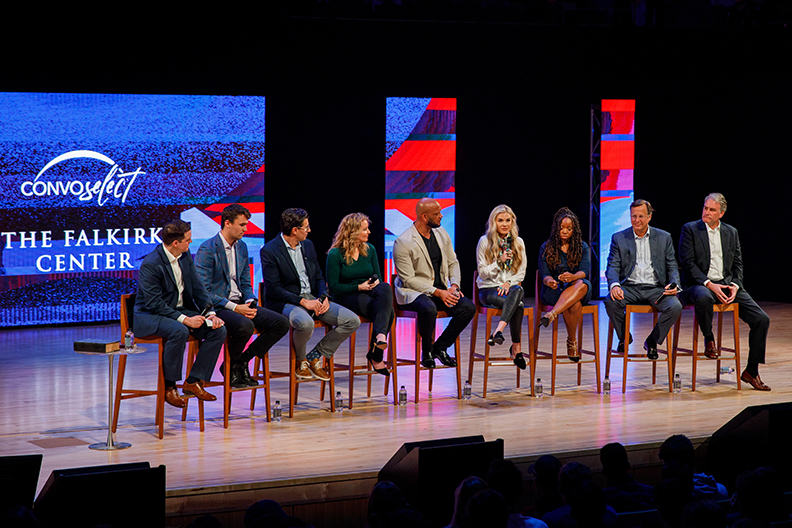 Thursday’s Convo Select, which can be viewed on Facebook, also featured Falkirk conversations, this time in a forum that Helfenbein likened to a town hall. The members were joined by School of Business Dean Dave Brat and Helms School of Government Dean Robert Hurt and sat before an audience primarily made up of students from the two schools. Their discussion served to further explain the role that Falkirk hopes to play in society and highlighted values that they see necessary to protect, such as the First and Second Amendments and free market enterprise.

Each member of the Falkirk Center emphasized the value of supporting what God mandates and incorporating these values into the government. As Christians first and men and women who desire the best for their country, the Falkirk Center is seeking to gain the interests of those with the same passions and create a movement to spread the Gospel and maintain America’s founding principles. For more information and to get involved with Falkirk, email Falkirk@liberty.edu, visit the Falkirk Center website, and follow the Falkirk Center on social media.