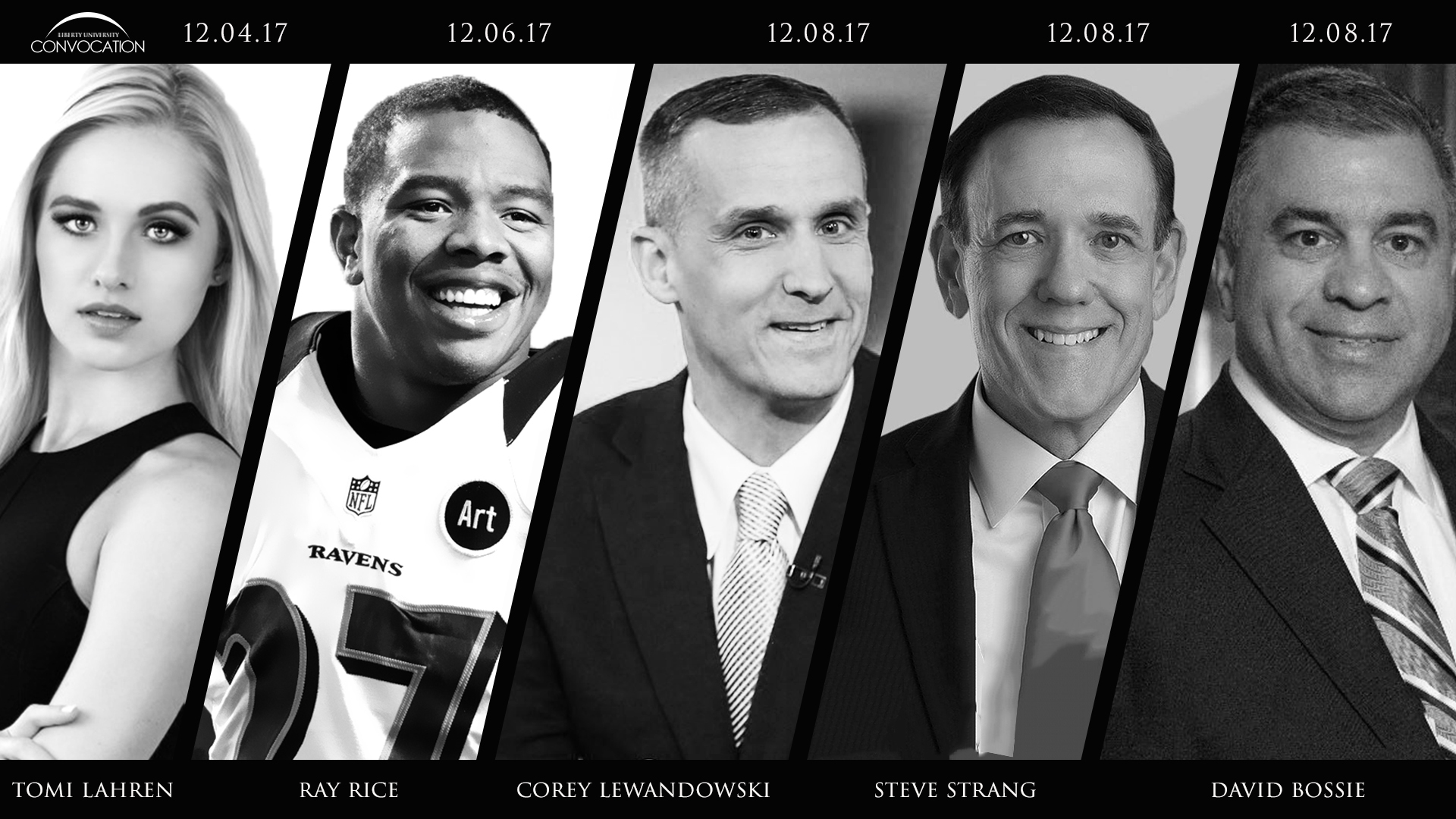 On Monday, Dec. 4, students will hear from Fox News contributor Tomi Lahren. She is one of the youngest political commentators on television and is best known for her “Final Thoughts” segment, where she weighs in on current issues and events. Lahren’s segments have been viewed more than 580 million times on Facebook.

On Wednesday, Dec. 6, former Baltimore Ravens running back Ray Rice will share his family’s story and how God can use one’s story to impact lives and give encouragement to those who may be struggling.

On Friday, Dec. 8, Corey Lewandowski, Stephen Strang, and David Bossie will be speaking in Convocation. Lewandowski, former campaign manager for Donald Trump, and Bossie, former deputy campaign manager, co-authored the book “Let Trump Be Trump.” They will be joined by Strang, the founder and CEO of Charisma Magazine and author of “God and Donald Trump” and will be sharing about Trump’s rise to the presidency.

A 10-day Convocation schedule is announced each Monday.