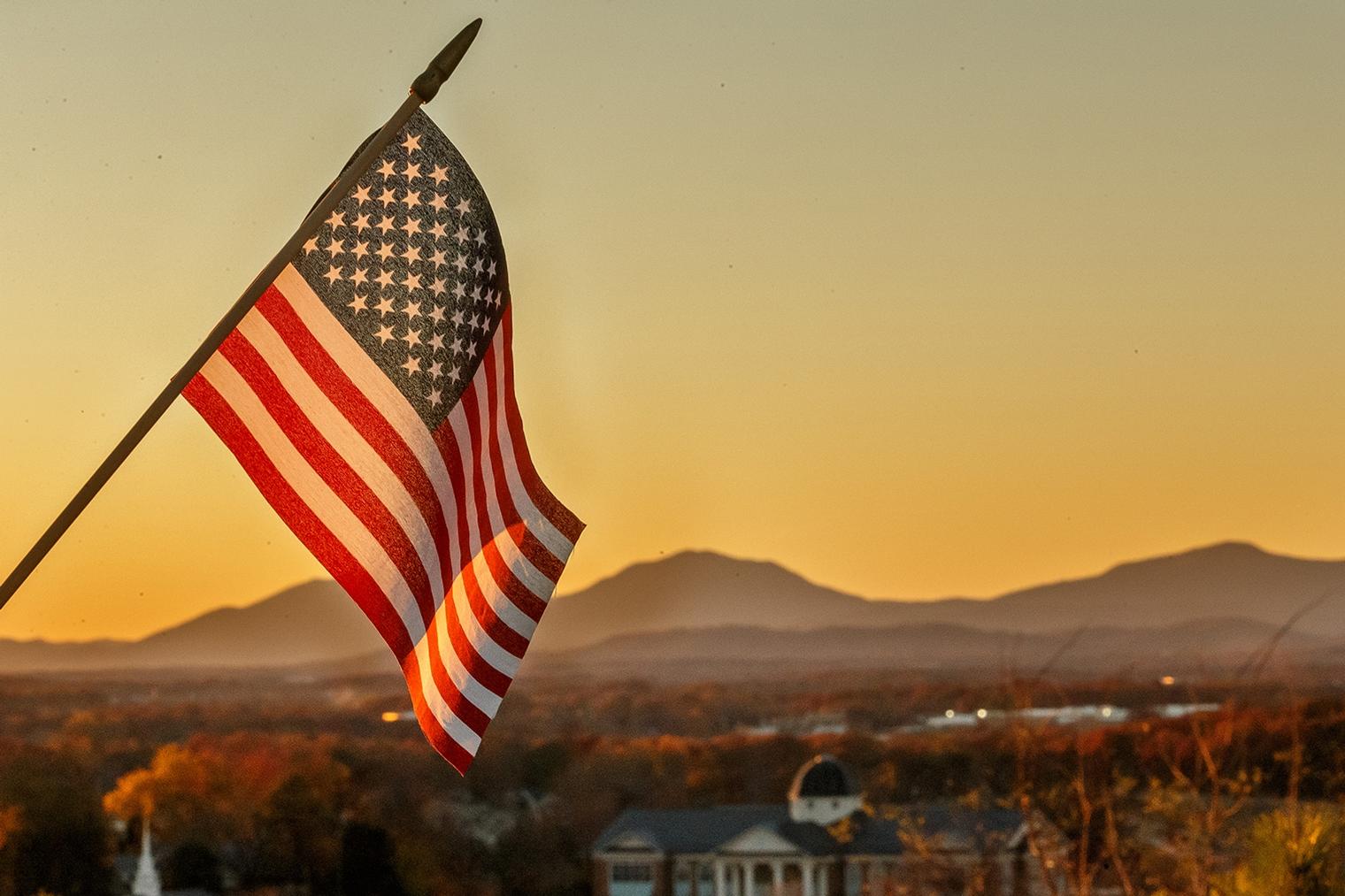 Liberty University will wear its school colors — red, white, and blue — with more pride than usual this week as it celebrates its annual Military Emphasis Week with a number of events honoring the true heroes of the ideal for which the university is named.

As the first Purple Heart University in Virginia, Liberty takes seriously its responsibility to those who have given so much to protect our nation. The Office of Military Affairs works throughout the year to ensure that Liberty’s military students and their families receive the support to succeed in their academic and professional careers. Visit Liberty.edu/MilitaryAffairs for more information on education benefits and resources.

Below is a sampling of the special Military Emphasis Week events. For the full schedule, including times and details, visit Liberty.edu/MEW.

The Liberty Flames ACHA DI Men’s Hockey Team kicked off the week early, celebrating military veterans and service members during Saturday night’s contest. Free tickets were available for service members and veterans, and a pre-game ceremony honored military heroes. The Flames donned patriotic uniforms (three of which were available for auction) and different military branches competed on the ice between periods.

Monday night includes a Military Night of Remembrance for fallen heroes, including LU faculty, students, and staff who gave their lives for our freedom.

Throughout the week, the School of Nursing will partner with the American Red Cross’ Service to Armed Forces by collecting candy, snacks, and water bottles to send overseas in order to bring a piece of home to an active duty service member. Donations will be collected at several campus locations Nov. 6-11, including before and after Wednesday’s Convocation and at Saturday’s football game.

Saturday’s Flames Football game will feature a special patriotic halftime show, including fireworks, anthems of freedom, and a tribute to the heroes of liberty, including this year’s George Rogers Champion of Freedom award winner. Earlier in the day, Liberty will host the first Lynchburg Veterans Day Parade in 79 years. The parade, organized by the Lynchburg Area Veterans Council, will begin at 9 a.m. on campus and will honor all Armed Forces veterans. Veterans groups will be featured, as well as marching bands and civic organizations from around the greater Lynchburg community. (For more information, visit LynchburgAreaVeteransCouncil.org).

Other events include an #HonorThem Online Engagement day for Liberty’s large community of military students studying from all around the world through the university’s online education program (includes social media giveaways) and a memorial trail race in honor of Major Mike Donahue, a former Liberty ROTC professor who was killed in action in 2014.