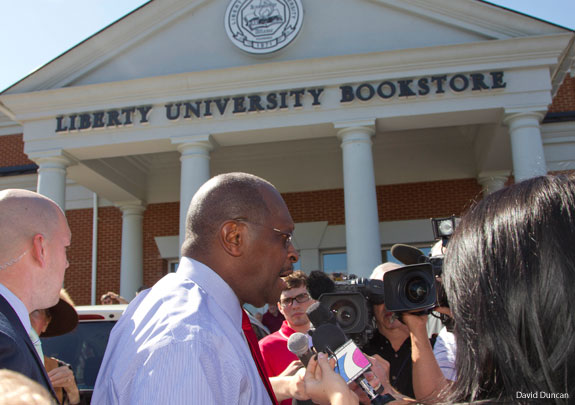 Cain, who spoke at Liberty in 2009, shouted “Hello Lynchburg!” as he stepped out of his bus painted with “National Book Tour, Herman Cain,” and the cover of his book, “This is Herman Cain! My Journey to the White House.”

Cain spoke briefly with reporters outside before signing copies for a crowd of more than 300.

“I love Liberty University. … I love what they stand for,” Cain said. “I love the fact that they have maintained their Christian beliefs in terms of the things that they do here. … I have a lot of associates that I have made friendships with over the years so it was natural to come back to Liberty University.” 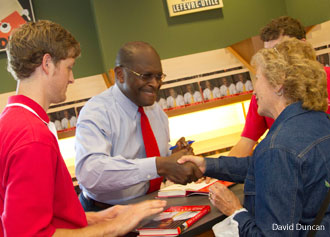 Cain, who won a Florida GOP straw poll last month, said he attributes his rise in the polls to “a couple of simple reasons.”

“Number one, message is more powerful than money. My message in Florida and my message all over the places where I have gone is resonating with people, especially the message about how we attack the biggest domestic problem we have — boosting this economy,” he said. “The other thing I happen to believe is the voice of the people is more powerful than the media. People are saying they’re not going to let the media determine who’s going to be the Republican nominee — the voters are determining that.”

Although it was fall break for Liberty students, law school student James Kimmey attended the book signing. He said he has been impressed by Herman Cain’s ideas, especially his 999 plan.

“I like that someone is willing to come out and talk about the tax problem,” Kimmey said.  “I think he has a lot of potential. I think what he says is realistic and can work and that’s what we need right now.”

“That’s one of the beautiful things about Liberty University is opportunities like this, because a lot of universities don’t have those opportunities,” Kimmey said.

Liberty invites all presidential candidates to speak in weekly convocations.

Two other candidates for the 2012 presidential election have visited Liberty before: Newt Gingrich last spoke in October 2010, and Ron Paul spoke in 2008 when he was a candidate for president. 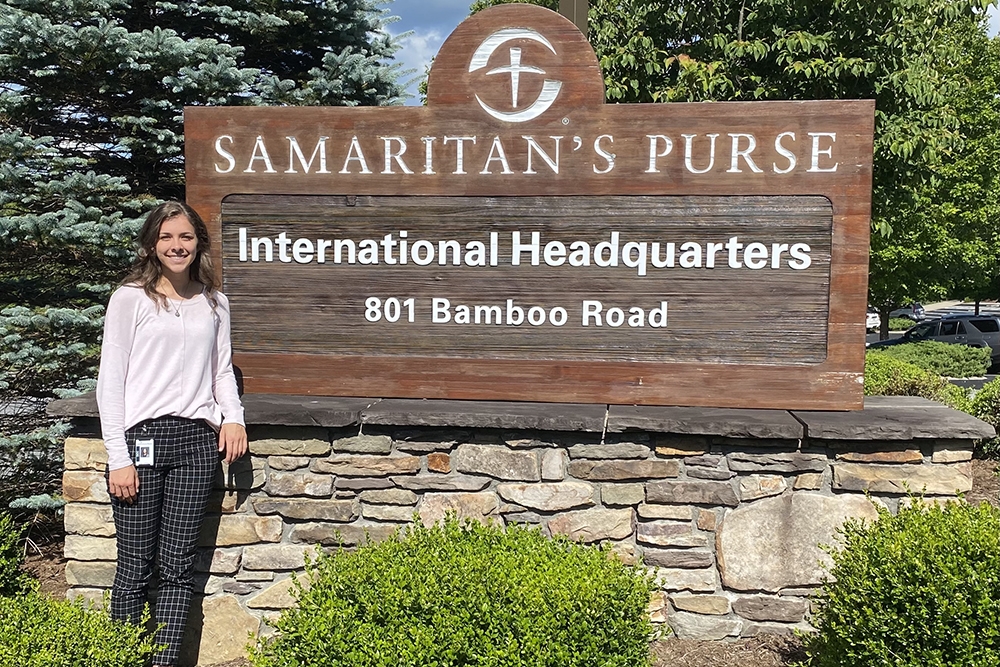