Linda Nell Cooper, head of Liberty University’s Theatre Arts Department, was all smiles at Wednesday’s convocation when Chancellor Jerry Falwell, Jr. announced plans for a new theater to be built in the tower portion of Campus North.

Falwell included the plans in Liberty’s Annual Report, reviewed by the Board of Trustees this week. He said Liberty has hired an architect to draw up plans for a 700-seat theater to be built in the tower. Starting from scratch and building a new facility could have cost up to $20 million dollars, he said, but using the space will now cost only 10 to 15 percent of that figure. He announced that a fundraising effort has already started, with donors to be presented with naming opportunities for each seat in the theatre. (To find out more, call 1 (866) 602-7983).

Cooper said she first heard of the plans before Christmas break and has been hopeful ever since.

“The chancellor said he could not think of anything better that could use that space than the theater. He said it’s the last undeveloped part of North Campus.”

Falwell said the ceiling height turned out to be the exact height needed for a theatre fly tower.

No start dates have been set, but to Cooper, “the sooner the better,” she said in January. “I have the largest graduating class … [in] May 2010 — and I would love to see them be able to perform on a professional-size stage before they go into the profession.”

The current theater located on main campus is a renovated lecture hall that seats 250. According to Cooper, most college theater programs as large as Liberty’s have a theater that seats 500-750 for main productions and a separate 250-seat black-box theater for student productions.

With as many as six main-stage productions a year, tickets are sold out for almost every show. The final show of last year’s season, West Side Story, sold out even before opening night, she said. “We turn hundreds of people away, and that’s sad.”

The new theater at Campus North will allow more people to see the shows in a convenient, comfortable location, she said.

“There’s parking, nice large restrooms and the Tilley Center for people to get refreshments at intermission.”

She said the space may also provide for a scene shop and storage for props and costumes —“everything we desperately need but do not have.” There may also be room for a black box theater to seat 150, either underneath the main theater or across the hall, she said. There is also space for a lobby and offices; plans are being considered for moving the entire department there.

Liberty University theatre students are ranked No.1 among Christian colleges and in the top three for secular colleges with theater programs in Virginia. Students have ranked with superior placement at the Virginia Theater Association, the American College Theater Festival and the National Artistic Teachers of Music competitions.
The program has continued to churn out high-caliber graduates well prepared for a career in the entertainment field. Some alumni have starred in hit films and TV series, impacting the entertainment world as Champions for Christ.
The Theatre Arts major was established three years ago and offers five concentrations: Acting, Musical Theatre, Production, Drama Ministry and Theatre Arts Education. A minor is also offered. Majors are required to participate in at least eight productions before they graduate.
Go to the Theatre Arts website for more information, including the current theatre season. 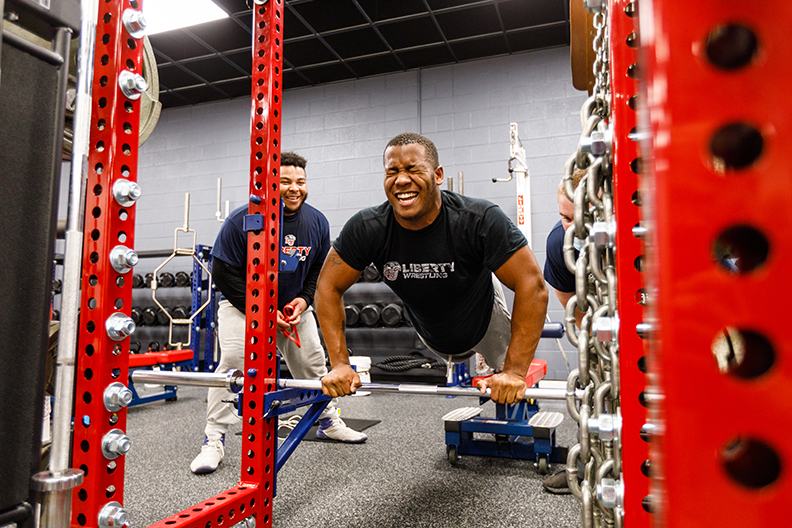 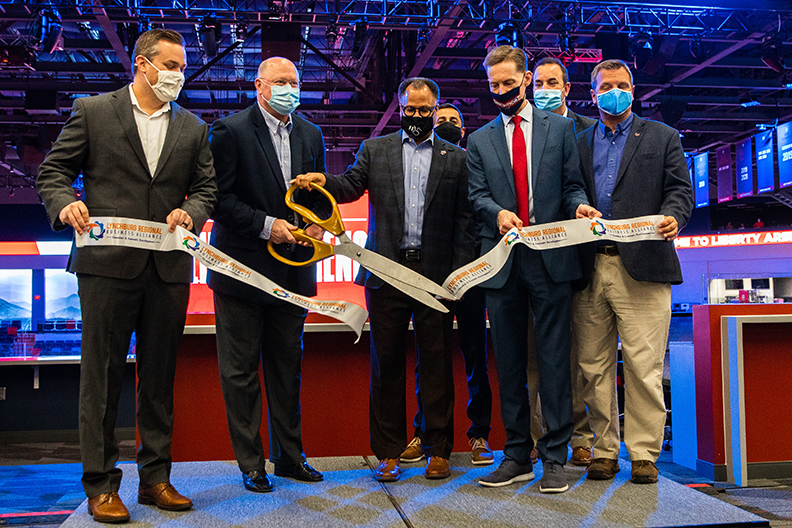