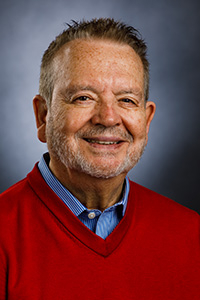 Professor Don Marsh is an award-winning arranger, orchestrator, songwriter, and producer with over forty years of experience as a free-lance arranger in the Christian Music field. He has also served as a Minister of Music in several notable churches in America, including Skyline Wesleyan Church where he served with John Maxwell. Professor Marsh graduated from Nyack College in Nyack, New York, with a Bachelor’s Degree in Music Composition and from Glassboro State in New Jersey with a Master’s Degree in Music Education.

Professor Marsh has taught from the elementary level through the collegiate level including teaching public elementary school band and high school choral music. Before joining the faculty of Liberty University, he taught at Baptist Bible College in Clarks Summit, Pennsylvania.