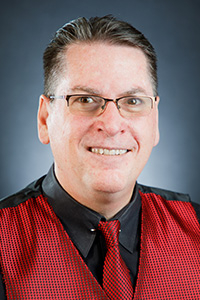 Dr. David K. Schmal is an award-winning film composer, arranger/orchestrator, music director, and educator. Completing his undergraduate studies at the University of Colorado with a major in Film Scoring and Arranging, under the tutelage of film composer Ron Stein, he went on to earn degrees in K-12 Music Education at Metropolitan State University, an M.A. in Supervision and Curriculum Development as well as a second M.A. in Bilingual Education and Linguistics from CU, and a Doctorate in Musical Arts degree from Boston University. Dr. Schmal also studied with Hollywood orchestrator Steven Scott Smalley at UCLA.

Dr. Schmal has composed music for public television, motion pictures, short films, radio, and a variety of different independent film projects, documentaries, and theater productions. He has worked on more than 40 films as a music supervisor and has also been a musical director for numerous theatrical productions including West Side Story, Marat Sade, Little Shop of Horrors, and The Wiz. In 2000, Dr. Schmal had a chance to work with film composer Jerry Goldsmith and Doreen Ringer Ross, Vice President of Film, TV & Visual Media Relations at Broadcast Music, Inc., as a recipient of the BMI National Orchestral Composition Award. In 2006, he won an award for Best Feature Film Score at the 27th Annual Telly Awards.

In addition to composing, arranging, and teaching, Dr. Schmal served on the faculty at the Lesley University Boston, Colorado Christian University in Lakewood Colorado, and the University of Colorado. Additionally, Dr. Schmal was Department Chair of Music and Special Programs at Aurora West College Preparatory Academy in Aurora Colorado.

Dr. Schmal is a member of the Kappa Delta Pi International Honors Society in Education and the Golden Key International Honours Society. He was commissioned in both 2001 and 2002 through a grant from the Center d’Exchange Culturel d’Auvillar and from the Alliance de Francaise to perform with members of the Conservatoire à Régional de Toulouse in Southern France. He is a past member of ASCAP, the Society of Independent Music Artists (SIMA), the Media Composers Organization (MCO), and many other reputable organizations. He has received several grants from educational organizations including the Aurora Education Foundation, the BUENO Center at the University of Colorado, and the Colorado Department of Education. Dr. Schmal has also served for the past four years as a member of the Liberty University Faculty Senate.

Dr. Schmal serves as the Coordinator of Film Scoring and Professor of Commercial Music.