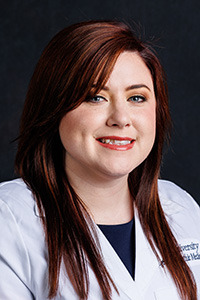 Dr. Stevens earned her doctoral degree in Biomedical Sciences, with a concentration in Neuroscience and Developmental Biology, from Marshall University College of Medicine. She has also earned a Bachelor of Science from Cedarville University. Her research has aimed to understand the short and long-term consequences of prenatal opioid exposure on neurodevelopment and behavior using a novel rodent model. Prior to joining the Department of Anatomical Sciences at Liberty University College of Medicine (LUCOM), Dr. Stevens held teaching appointments at Ivy Tech Community College, Central Virginia Community College, and Liberty University. Additionally, she had the opportunity to serve as a teaching assistant at both Marshall University School of Pharmacy and Manchester University College of Pharmacy throughout her time as a graduate student. She has been blessed to have the opportunity to teach and mentor students at the undergraduate, master’s, and graduate levels.