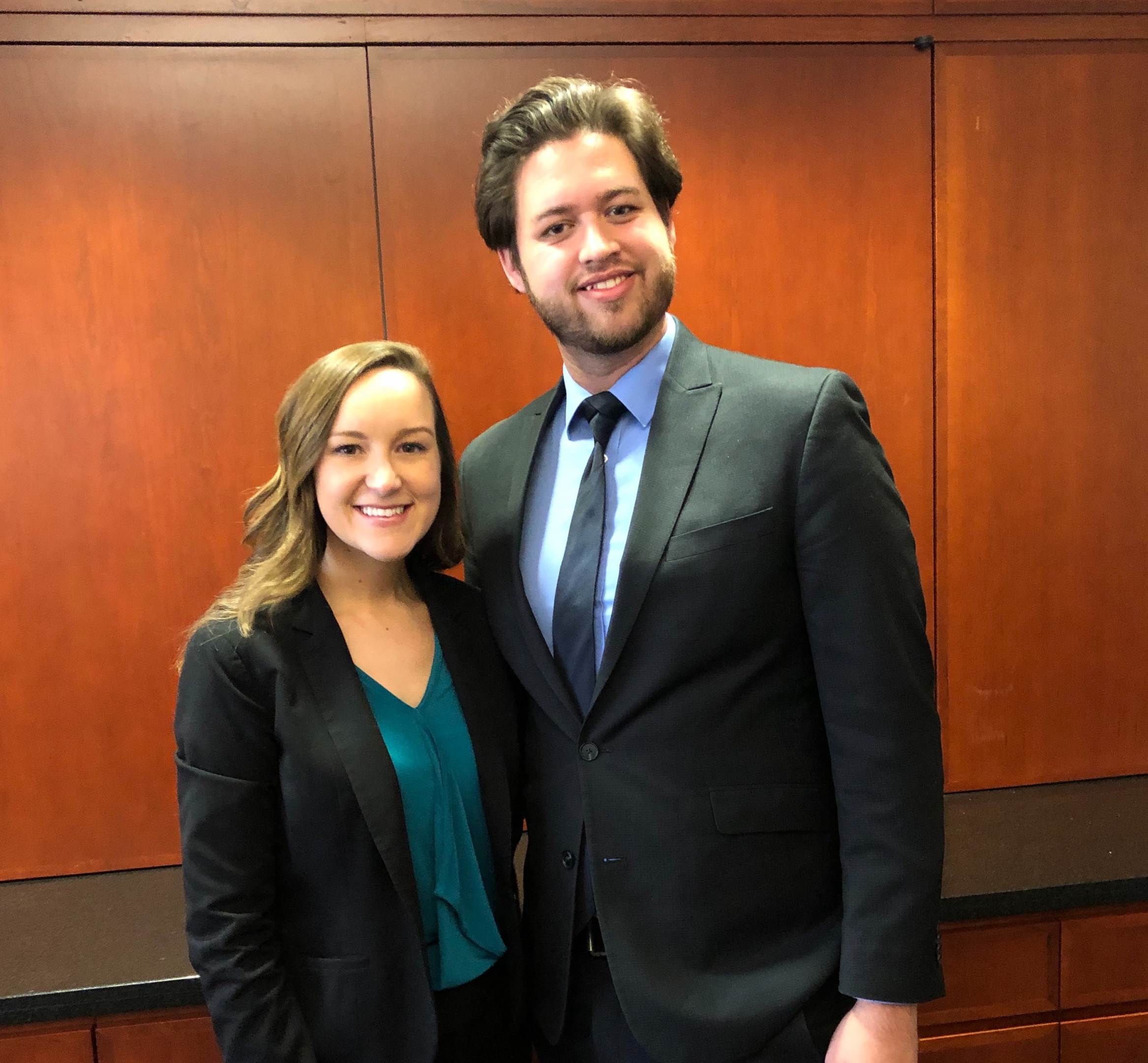 Third-year students, Sara Green and Nicholas Andrews, earned a ranking of second-place during the preliminary rounds out of 25 teams from a six-state area and advanced to the final four.

For this particular competition, the two teams that win their match earn the title of co-champions and an invitation to ABA Nationals. Andrews and Green won their match and they, along with the team from American University, will compete in the national tournament in February.

Team coach and law school professor, Joel Hesch, expressed that each student prepared and performed exceptionally well. “It just shows how competitive our school is and what a great skills programs exists here at Liberty Law.”

Hesch also thanked Liberty Law Professors Barbara Mouly and Rena Lindevaldsen for their valuable help in providing the students with assistance in the substantive law and thoroughly preparing the students. Special thanks to all the law students that sparred with the teams to get them ready to compete.

“Ms. Yugo had competed in the ABA Negotiation Competition and earned an invitation to represent the United States at the World Negotiation Competition where she finished fifth,” said Hesch. “It is awesome that our students become mentors after they graduate. Go Liberty!” For more information about Liberty Law and the competition teams, please visit our website.