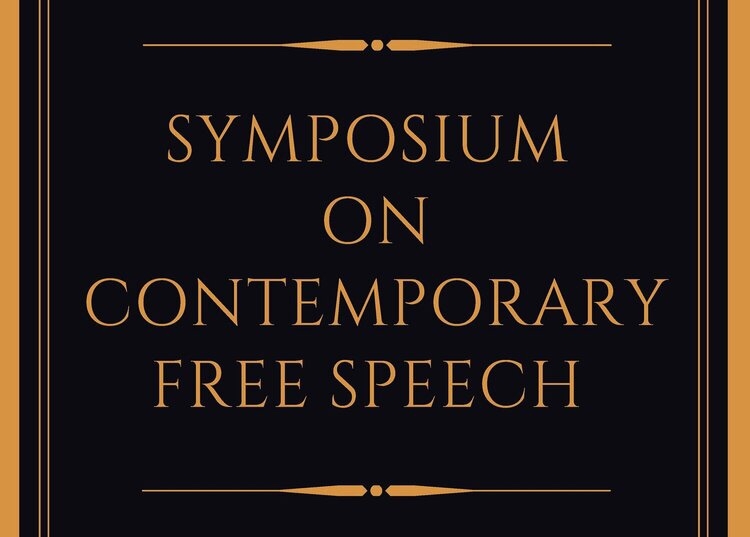 This past October, School of Law professor Joseph J. Martins had the opportunity to serve on a panel regarding campus censorship as part of the Regent University Law Review Symposium.

In a program entitled “Don’t Censor Me: Campus Free Speech and Hate Speech,” the panel discussed aspects of freedom of speech on colleges campuses, including invitations to “disruptive” speakers, safe spaces, and whether hate speech is a genuine threat to society. Joining Martins on the panel were Noah Chauvin, a judicial law clerk for the Unites States Court of Federal Claims, and Claire Guthrie Gastañaga, the Executive Director of the ACLU of Virginia.

“Regent did a good job reaching out to people who would have differing views,” Martins said, adding that he liked that the symposium directors asked someone from the ACLU to present.

While on the panel, Martins said he shared about “three preeminent threats to free speech on campus.” These three preeminent threats are compelled curricular speech, coerced association policies, and the new “heckler’s veto.” Martins referred to the third threat as a “new culture of violence” in which individuals heckle a speaker to silence his or her views.

Martins has discussed free speech and academic censorship on other panels prior to this event, but this was his first time speaking on a panel at Regent University. In addition to participation on Regent’s panel, Martins also served on a September 20, 2019 Virginia State Bar Diversity Conference panel debating whether sexual orientation and gender identity are protected by Title VII of the Civil Rights Act.

To learn more about Liberty University School of Law, please visit our website.