The Story of the Ice Center 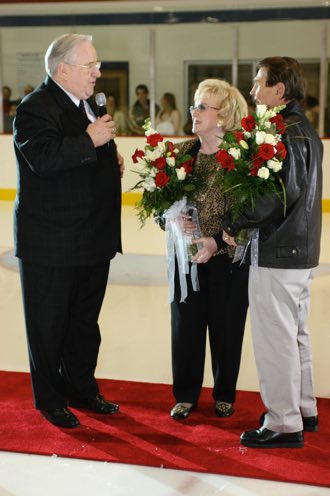 The LaHaye Ice Center services the student body of Liberty University and the greater Lynchburg area while playing home to the Liberty University ACHA Division I Men’s and Women’s hockey teams, ACHA Division II Men’s and Women’s teams, and the Men’s Division III team. It is exciting to see Liberty’s hockey teams competing against long time perennial powerhouse franchises such as Penn Sate, Rhode Island, and Oklahoma. The Ice Center holds up to 4,000 fans at the Flames home games.

Although the LaHaye Ice Center is located on the campus of Liberty University, it is utilized greatly by the community. The LaHaye Ice Center offers a variety of skating activities, which include public skating, learn to skate lessons, youth and adult hockey where all skate levels are welcome.

There are many ways to enjoy ice hockey as well, from being a Liberty Flames Hockey spectator in a crowd of up to 3,000 to playing on a local league, open hockey, or a clinic. Fans can also reserve the ice for private skate lessons, group rentals, and more.

We offer learn to skate group lessons from tots through adult. Our learn to skate and figure skating lessons are Ice Skating Institute (ISI) programs which are designed for the recreational ice skater. The LaHaye Ice Center also hosts the Lynchburg Figure Skating Club.