Back in the fall of 2015, the University announced plans for a new building to replace & expand on the facilities that had been housed in Green Hall. For the next seventeen months, various members of our Infrastructure/Media Operations division partnered with internal & external groups to understand the scope of the project: 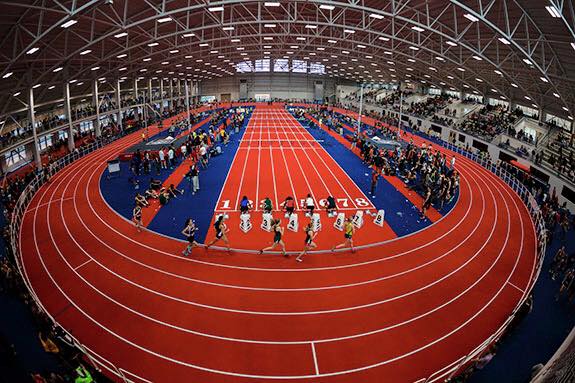 Once designs were confirmed for the new facility, Site Lead Ryan Smith & team began the task of meeting these needs. Thousands of feet worth of network cabling were laid while the Complex was built up to support hardware installations. Additionally, Business Relationship Managers (BRM’s) worked parallel to Smith, ensuring open communication was maintained with Athletics as new requirements were discovered. As building continued through 2016, IT was able to work around multiple challenges, including construction delays & Leadership changes within IT, to meet deadlines.

Over the winter break, additional IT teams from Network Operations came in, putting in late hours, to ensure last minute details were addressed. In the past few weekends, Athletics have used smaller meets to test out the new facilities. There will be a grand opening ceremony for the Complex this Saturday, January 28th, at 10:30 AM.