Nuntavong obtained his bachelor’s degree in interdisciplinary studies with business, communications, and military science through Liberty University Online Programs while serving on active duty with the United States Marine Corps. He retired as a gunnery sergeant after 22 years of service. He then began a career with the American Legion, the largest veterans service group in the world, and has served there for the last two-and-a-half years as director of the National Veterans Affairs and Rehabilitation Division and deputy director of Media Relations. 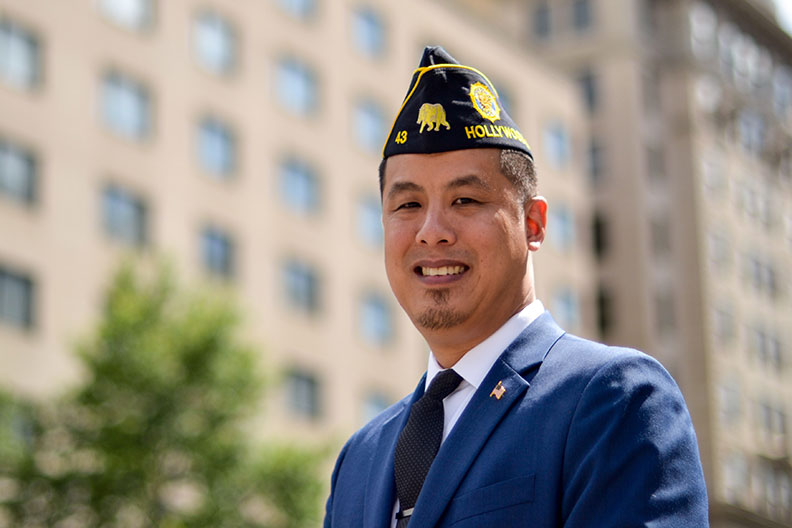 According to a news announcement from the American Legion, Nuntavong served as a combat correspondent in the public affairs field, supporting military assignments around the world including Kuwait, Iraq, Japan, Thailand, South Korea, Australia, Philippines, Guadalcanal and Nepal. He also served in the Pentagon as the official spokesperson and advisor to the 16th, 17th and 18th Sergeants Major of the Marine Corps.

“Chanin had a successful career in the Marine Corps, specializing in the communications field. He is also a veteran of the Global War on Terrorism. Communicating with this generation of veterans is extremely important to The American Legion. Those currently serving in the military and those who recently served are the future of our organization.”

Nuntavong was born in San Francisco, Calif., in 1978. His parents both moved from Thailand to the bay area in their late 20s but never met until they had both settled into life in America.

Nunavatong said that while growing up he had no idea of what he desired to do for a living following high school. His parents were in the restaurant business but the industry had no appeal to the first-generation American.

“I graduated high school in 1995, and I wasn’t sure what I was going to do with my life. I didn’t get the best grades and didn’t do that well in high school,” he said.

After watching one of his friends enlist with the military, Nuntavong decided that he would dedicate his foreseeable future to life with the United States Marine Corps. A month after graduating high school, the San Francisco native traveled to southern California for boot camp.

As years passed, Nuntavong married and began a family of his own. Amidst the early years of his military career, Nuntavong began to desire a college degree. Following some research in 2013, he discovered that Liberty offered the best online college opportunity and enrolled the next year.

“Before I retired, my goal was to have my degree,” Nuntavong said. “A couple months before my retirement in 2017 I got my degree. That was one of my greatest accomplishments.