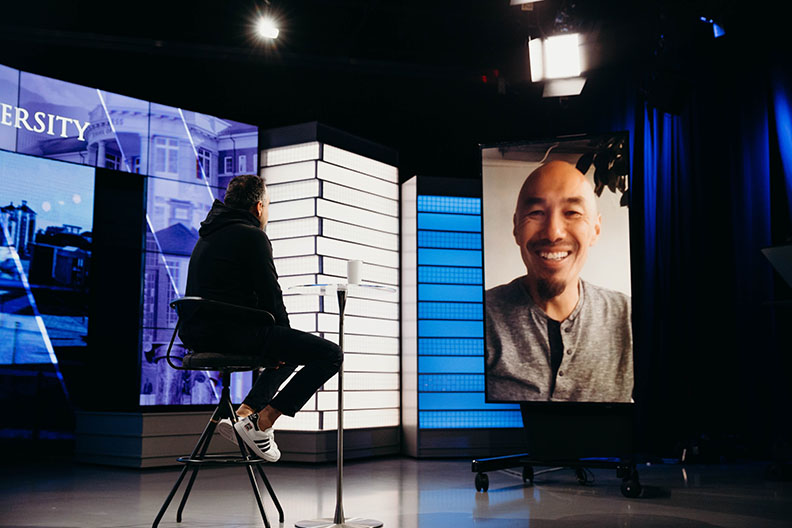 World-renowned pastor and bestselling author Francis Chan joined Liberty University for Wednesday morning’s Convocation via an online stream from Hong Kong, China, to share what the Lord has been teaching him and his family throughout the COVID-19 pandemic.

This past winter, Chan and his family traveled to Asia to minister to Christians in China and the surrounding areas. As the family flew home, Chan sensed a leading from the Lord to return to China.

“I looked at my wife and said, ‘I don’t want to live this normal life like everyone else. What if we moved?’”

His wife agreed that if the Lord was leading her husband in that direction, then she was willing to follow. At the beginning of March, Chan and his family moved to Hong Kong.

“What’s crazy is that everyone was so concerned about us going over here and we just felt a peace about it. We thought, ‘You know what? God is calling us over there so whatever happens, happens. We just have to be obedient.’”

“Things are pretty calm out here,” Chan said. “Everyone walks around with a mask, and the streets are not that busy.”

Chan said that when he was asked what his fears were regarding the move to China, his only answer was that he was afraid he was missing what the Lord was desiring. That fear departed when he was packing his home in the U.S. and came across a photograph of his mother, who passed away while giving birth to him. In the photograph, she was doing ministry on the streets of Hong Kong. After looking into it further, he was able to discern an address from the photo and was surprised to find that it was the very neighborhood where he and his family were moving.

“This is just how God works in my life,” Chan said. “It’s so humbling. This is just daily stuff.”

The conversation shifted to Chan’s view of the megachurch versus small church gatherings, which is a prevalent topic in Chan’s sermons. 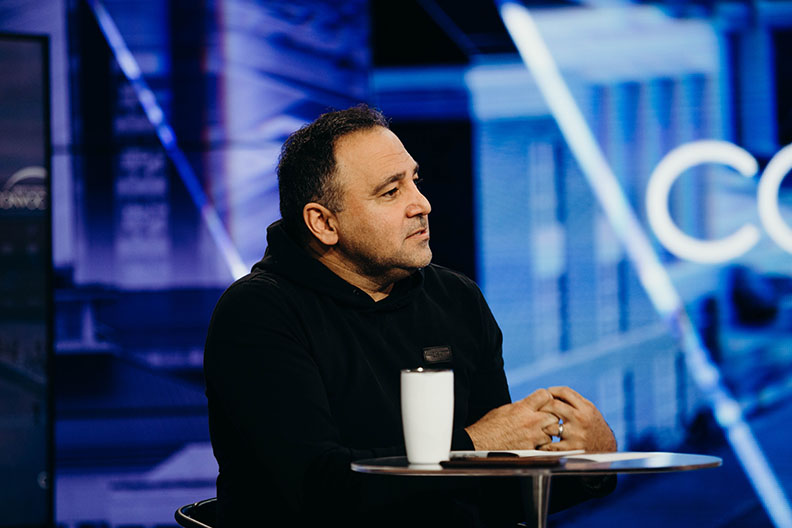 “I’ve never been against the big church,” Chan said. “I’ve been speaking at these places all the time. I’m not against large gatherings. I’ve always questioned the wisdom of that moving forward, and it feels very volatile. It feels like financially it costs so much to keep these things going, and there are so many things that could go wrong (in megachurches).”

The San Francisco native desires for Christians to understand that resiliency is critical in this current season that the Church is in.

“I think it’s a very telling time but it’s also a great opportunity,” Chan said. “It’s so easy to default to self-centeredness.”

Chan told viewers that the body of Christ has to remain aware to look outward and not inward despite COVID-19 fears.

“If we seek His kingdom first, that is our only security,” he said. “You seek His kingdom first and all these things will be added to you. But if you start seeking your own family first, I would be careful of that. In my lifetime there’s never been a more exciting time to fight for the kingdom and be focused on the things that actually matter.”