Liberty University senior Kaley Brock, an international relations and politics and policy student in the Helms School of Government, is about to have her dream come true this May when she moves to Kosovo to work for the Peace Corps. 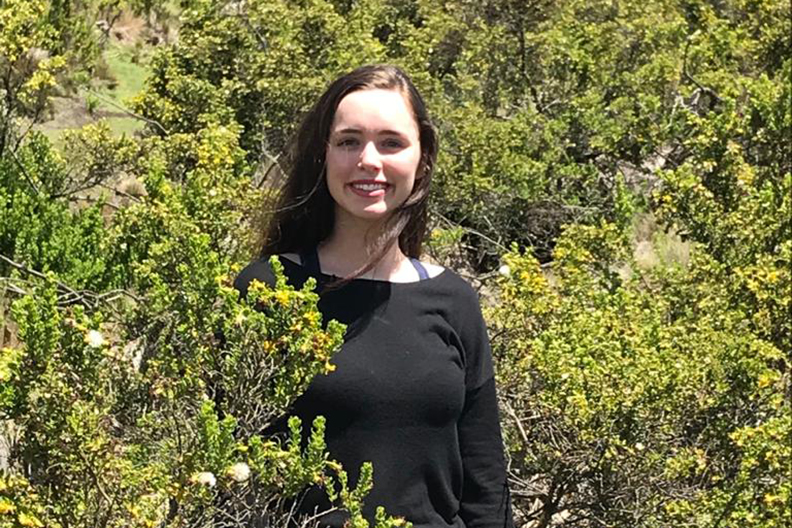 I want to serve God through my career,” Brock said. “I’m excited for that opportunity.”

Brock grew up as a homeschooled missionary kid overseas. She was born in Venezuela, but her family is originally from Florida. When she was young, her parents moved the family numerous times due to their mission work. They lived in the U.S. for two periods of time as well as three other countries before eventually settling in Ecuador where Brock’s father is now the pastor of a small church.

In middle school, Brock was a gymnast and even represented Peru in a competition against area countries. She enjoyed the sport, but soon turned her focus to academics. During high school, she dual enrolled through Liberty University Online Academy. She departed for Argentina in 2017 for her first year of college at Word of Life Bible College and arrived at Liberty in 2018 as a junior.

“My parents sacrificed so much so that I could dual enroll through Liberty and have helped me pay for my college while always supporting my plans and dreams,” Brock said.

Following Brock’s first year at Liberty, she collaborated with several of her professors to try and make her travel dreams come true.

“It’s really hard to get a job with the government, so I spoke with some of my professors and discussed how to get one by doing public service first,” Brock said. “They suggested the Peace Corps because it’s all volunteer, but it is very selective.”

Brock met all of the requirements for the Peace Corps and applied in May. She learned just before Winter Break that she had been chosen for a two-year post in Kosovo. She leaves shortly after graduation.

“You don’t really have a say in what country you go to,” Brock said. “You live there for two years, you learn the language, and you gain valuable government experience. And by the end of that time, it’s easier for you to get a job in the State Department or elsewhere in the government.”

Once she is in Kosovo, Brock and her three siblings will all be on different continents doing mission work. Even though she will be far from family and won’t receive a paycheck while she’s there, the Liberty senior is trusting in the Lord’s plan and provision.

“I’m not going to receive a paycheck for two years, so that’s kind of scary,” Brock said. “They pay for your living expenses, though. I’m going to be teaching English to Muslims, and I will be learning about a whole new culture and learning Albanian. So, all of that is really exciting.”

Brock’s excitement stems from her upbringing in missionary work and her desire to witness nations unified.

“I want to work internationally because I grew up overseas and I have a passion for seeing other countries understand one another,” she said.

When she joins her classmates in turning her tassel at Commencement on May 9, Brock will leave Liberty as a Champion for Christ, following the Lord as she shares His love around the globe.