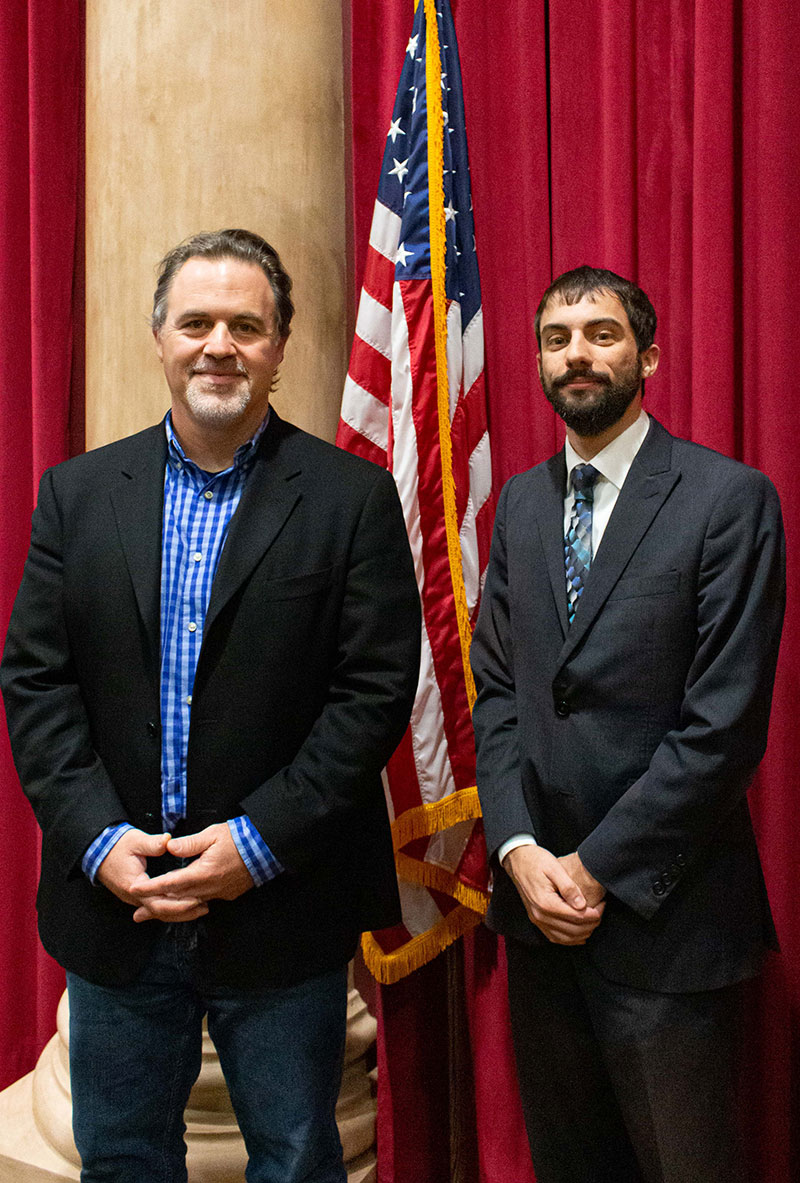 “I am excited to join the Helms School of Government and continue the success that the Helms School has had in preparing pre-law students for law school and their future careers,” Rathsam said. “I look forward to building upon the successes that Dr. Robertson has built through the Moot Court and Mock Trial Teams.”

Most recently, Rathsam worked as an associate attorney for the Law Office of Fairchild & Yoder, focusing on family law, elder law, and criminal defense. He litigated cases in Lynchburg, Roanoke, and the surrounding counties. Rathsam graduated from Liberty in 2013 with a degree in criminal justice and graduated from Liberty Law in 2016. During Law School, Rathsam coached multiple undergraduate moot court teams for regional tournaments, an activity he will continue in his new role.

“Ben is a fine young lawyer, and he will bring enthusiasm and great skill to this position,” said Liberty Law Dean Keith Faulkner. “His addition to the School of Government will provide an even greater opportunity for government and law to closely coordinate and deliver an exceptional legal education to Liberty’s amazing students.”

Since Robertson’s arrival in 2015, facets of the pre-law program have grown by 50 percent, including the addition of a mock trial team. The moot court team, nationally ranked at No. 6 according to the American Moot Court Association, has also expanded exponentially. Following a semester of success in four regional tournaments, the team is headed to the 2020 American Moot Court Association (AMCA) national tournament on Jan. 17 and 18 in Baton Rouge, LA.

“The moot court and mock trial teams are a critical part of the success of our Helms School pre-law program as we strive to prepare our students interested in the law for the rigors of a law school curriculum,” said Robert Hurt, dean of the Helms School of Government. “As with everything we do at Liberty, we are always laser-focused on providing our students with the practical experience necessary for success after graduation.”

Robertson, who will also remain involved as a coach for the moot court and mock trial teams, said he will miss interacting with students in a classroom setting, but that he is optimistic about the future of Liberty Law.

“It is my firm belief that Dr. Rathsam will continue to develop the pre-law program, making it one of the premier programs in the nation for training and developing students seeking to serve in the law or policy arenas,” he said.