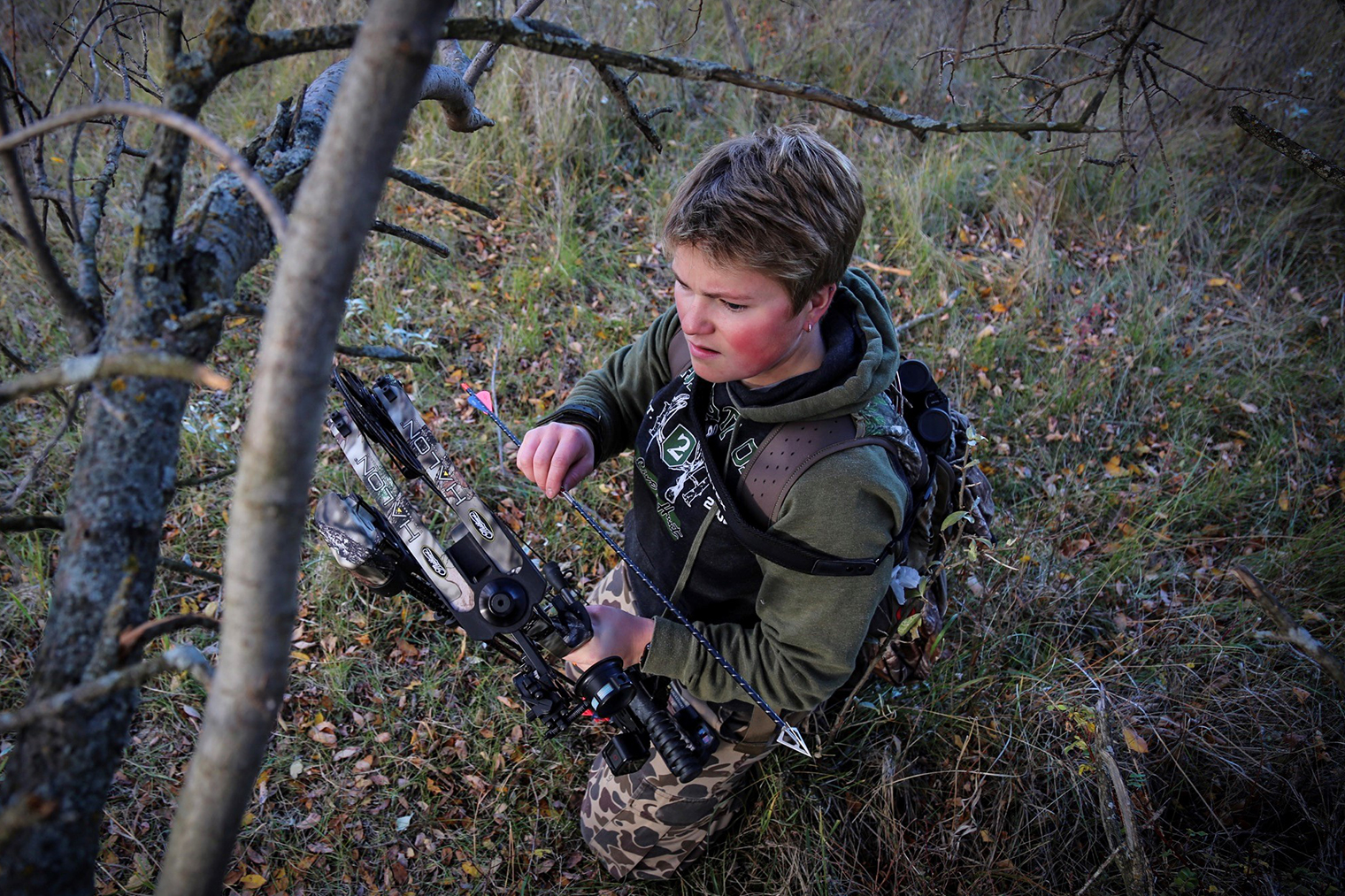 As a former contestant on the TV show Extreme Huntress, a video-oriented global competition designed to create positive role models for women in the sport of bow hunting, Liberty University junior Danielle Bergen is a natural fit and a key addition to the Lady Flames’ archery team this fall.

On a team that has shifted from being predominantly male just a few seasons ago to mostly female this year, she hopes to inspire even more women to pick up a bow. The team plans to send nine women to the Oct. 4-6 USA Archery Outdoor 3D Collegiate Championships in Foley, Ala., where the Lady Flames will have archers entered in all but the Olympic recurve division.

“I’m really excited to work with the whole team, which has some really fantastic shooters, and to learn from Coach Summers, who is a wealth of knowledge,” she said. “If I can catch an eighth of that, I’ll be winning.” 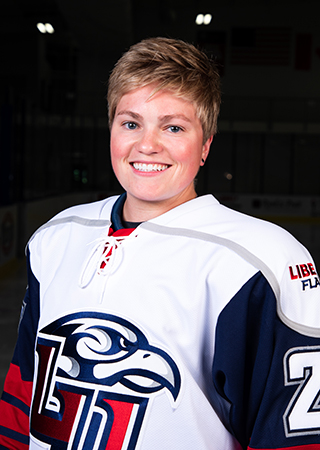 It took an on-ice accident to shift the Canadian native’s collegiate athletic focus from playing defenseman on Liberty’s ACHA Division I women’s hockey team. A concussion early in her first season with the Lady Flames last fall effectively ended her playing career, though she stayed with the team and helped provide video coverage of their third national championship in five seasons last March in Texas.

“Archery is definitely one of my passions, though hockey was my first love,” said Bergen, 25, whose younger brother, Josh Bergen, is a senior defenseman on the Flames’ ACHA DI men’s team.

Her dad, Al Bergen, gave her a plastic bow and arrows with suction cups when she was 3, the same age she started playing hockey. He didn’t purchase her first compound bow until she was 6.

“Giving up hockey wasn’t easy and I miss everything about it, especially the workouts,” said Bergen, who loves physical fitness and how it helps her maintain her focus and stamina on the range. “I had far too many doctors tell me I could experience life-altering consequences if I had another concussion.”

When Bergen met then-freshman compound archer Hala Skelton, a fellow digital media major with a concentration in videography, at the Club Sports Convocation last October, Skelton invited her to try out for the archery team, reigniting her passion to compete in the sport.

The pair could form a lethal tandem for the Lady Flames when they compete at the USA Archery Indoor National Championships at JMU next spring. Using state-of-the-art equipment, both archers showcase excellent posture and incredible precision on the practice range, firing multiple bullseyes from distances of 20, 30, and 40 meters. 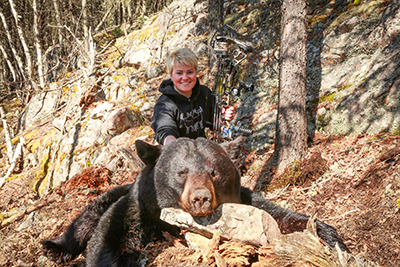 While her compound bow is manufactured by APA Archery in her home province of Saskatchewan, Bergen recently purchased an Axcel RheoTech sight manufactured by T.R.U. Ball, the Madison Heights-based company where Summers serves as vice president of manufacturing and production.

“That’s a really nice sight with adjustability and features that are unbelievable,” Bergen said of the product that has been used by a number of archery medalists in recent Olympic Summer Games.

Bergen also uses high-tech video equipment in her major and recently added a minor through the School of Aeronautics to start training as an Unmanned Aerial Systems Operator (UASO).

“I like to use drones with my videography to get a different perspective,” she said. “Maybe I’ll produce my own hunting TV show someday.”

Bergen hopes to train with the archery team on its 20-target outdoor 3D course this fall to gear up for Virginia’s archery hunting season, which runs from Oct. 5-Nov. 15. 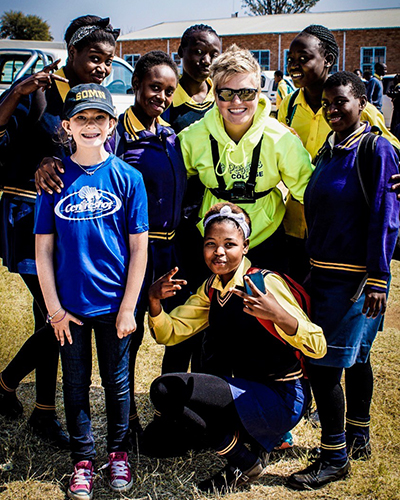 “I’m planning to get proficient in 3D outdoor archery shooting so that when I get to go hunting and my heart is pounding out of my chest, I’ll be able to stay calm and use muscle memory to make the shot,” Bergen said. “It’s not so much the kill, but in bowhunting for deer or bear, I especially enjoy the pursuit. You have to pretty much see the whites in their eyes before you shoot.”

Beyond hunting, Bergen wants to use her digital media degree from Liberty in the mission field, possibly visiting her aunt and uncle to chronicle their experiences as missionaries to Thailand.

In the summer of 2017, Bergen traveled to South Africa with Centershot Ministries, a Minnesota-based non-denominational outreach program that partners with local churches and uses archery as a tool to share the Gospel with the surrounding community.

“We went into local schools to train the students in archery and encourage them to make Christ the target of their lives,” she said.

That’s the heart behind Bergen’s purpose in life, as an extreme huntress passionately pursuing the prize of following Jesus, wherever He leads.