Sen. Ted Cruz to give address at April 2 Convocation 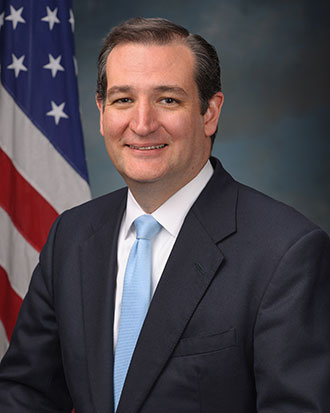 On Wednesday, April 2, U.S. Sen. Ted Cruz of Texas will deliver the keynote address to more than 10,000 students at Liberty University’s Convocation — the largest weekly gathering of Christian young people in the nation.

President Jerry Falwell, Jr., will also give brief remarks and introduce the senator.

Falwell issued the following statement about Cruz’s visit: “Liberty is honored to welcome Senator Ted Cruz to campus. Senator Cruz has boldly and courageously defended the United States Constitution and the principles of limited government our founders held dear even when it meant opposing members of his own political party,” Falwell said.

This will be Cruz’s first visit to the university. His father, Rafael Cruz, a pastor and political activist, spoke at Convocation in November.

Ted Cruz is known for his grassroots campaign in his first bid for Senate, which was recognized by the Washington Post as “the biggest upset of 2012.” He is an advocate of limited government, economic growth, and constitutional integrity.